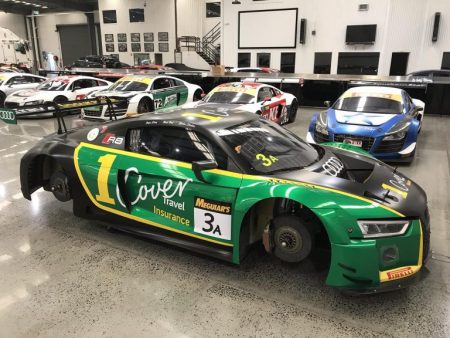 A shipping delay saw the cars arrived in Australia late, with the team offloading them in Freemantle and driving them back to its Melbourne base to complete preparations.

The team will enter two Pro cars in Class A, with Garth Tander set to spearhead the #22 car alongside Frederic Vervisch and Kelvin van der Linde.

Run out of the Melbourne Performance Centre, the outfit also released the livery set to be driven by Matt Neal, Gordon Shedden, and Pete Storey in the Pro-Am class.

The Bathurst 12 Hour begins on Thursday with support classes on track before opening practice for the main event begins on Friday morning.