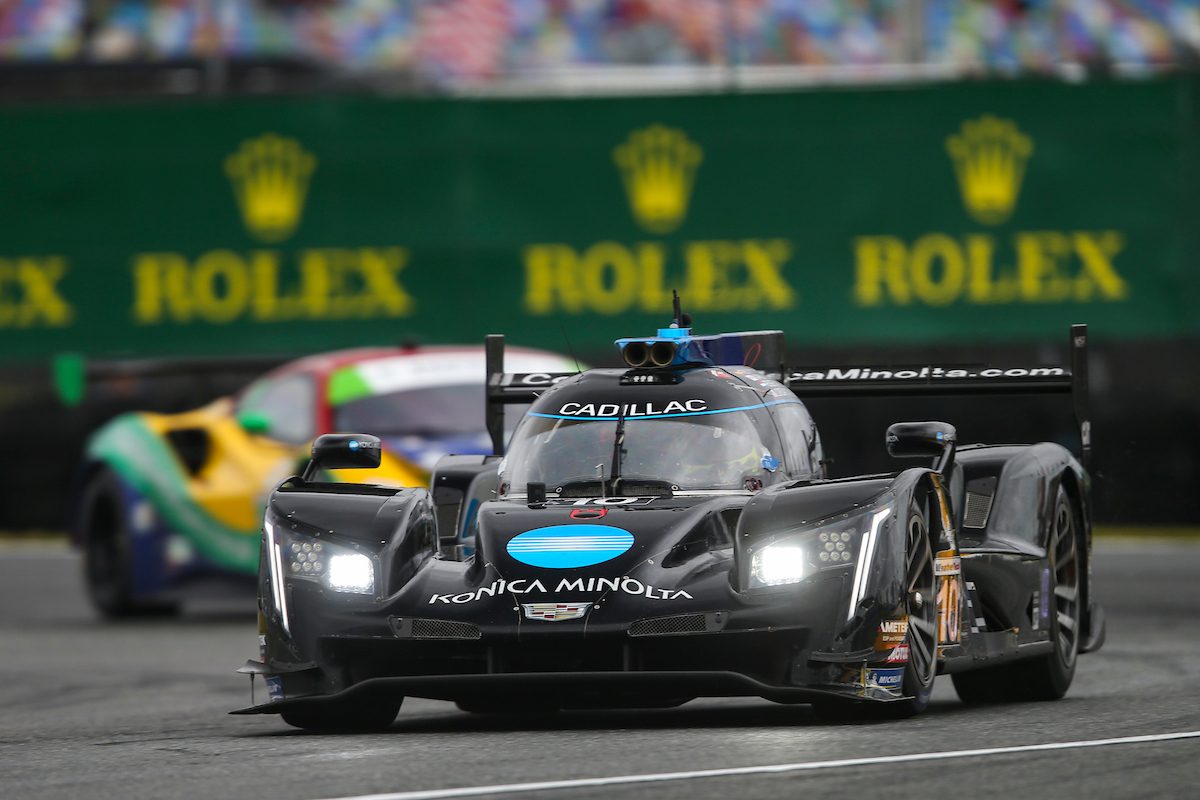 Officials took the decision to red flag the race shortly after the 22 hour mark having suspended the race once already for heavy rain. 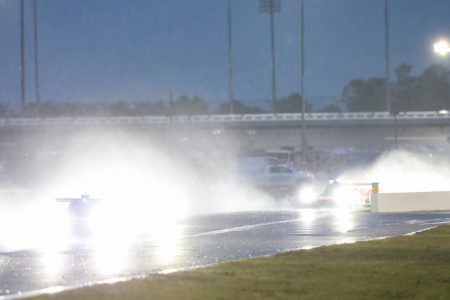 “After extensive rainfall that fell throughout the morning and afternoon in the Daytona Beach area, the 57th running of the Rolex 24 At Daytona has been deemed official after 23 hours and 50 minutes of racing – much of it under some of the most extreme weather conditions ever seen at Daytona International Speedway,” read a statement from IMSA, the event’s organizing body.

“For the first time in history, the race was red flagged twice due to wet conditions, first for an hour, 45 minutes on Sunday morning and a second and final time at 12:39 p.m.”

Second placed Nasr had been leading but a mistake heading into the infield section saw the Brazilian run wide and open the door for Alonso to scamper through.

It proved a decisive moment with the red flag shown shortly afterwards.

The race had, by then, been whittled down to a battle between the WTR Cadillac DPi, the Action Express Racing entry of Nasr, and the two Penske Acuras.

As conditions worsened towards the end of the race the Penske entries found themselves unable to live with the pace of the Cadillacs while Juan-Pablo Montoya, Dane Cameron, and Simon Pagenaud were forced out with mechanical problems from fourth place as the race began to move towards its climax.

Earlier, contact between Frederic Makowiecki and Joey Hand at the first corner saw the two leaders effectively end their chances of victory and promoting the Rizi Competizione Ferrari into the lead.

The Briscoe/Dixon/Westbrook Ford had been leading prior to a pit stop shortly before the final red flag was shown, dropping the trio to third.

Chaz Mostert ended the race 40 laps off the pace after contact for Jesse Krohn left the car with steering damage, necessitating a length stop to repair and leaving them 32nd overall.

They were one spot up from Simona de Silvestro in the GTD Class Acura NSX GT3, finishing 11 laps off the class winning Lamborghini Huracan GT3.

The next round of the IMSA WeatherTech Sports Car Championship is at Sebring in March where the famed 12 Hour will share the billing with the World Endurance Championship.