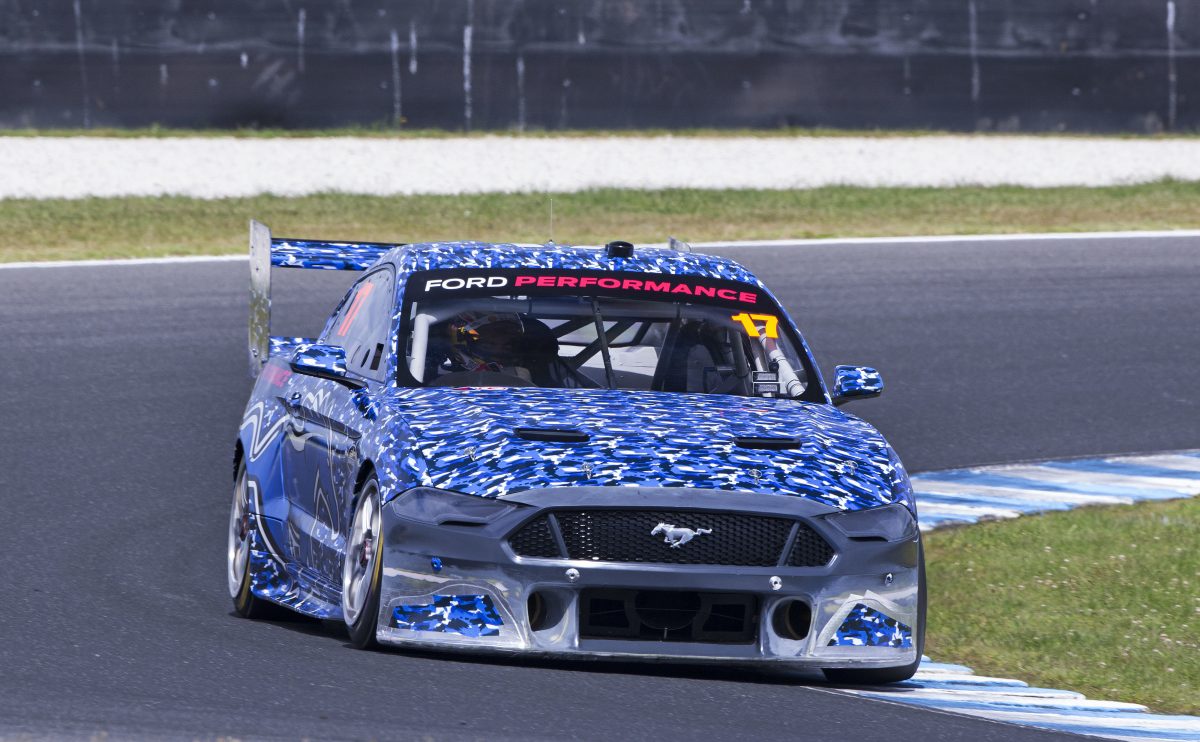 The prototype Mustang Supercar at Phillip Island in November

Next month’s Phillip Island pre-season test is a day where time cannot be wasted for Mustang teams as they aim to understand Ford’s new Supercars weapon.

The Victorian circuit will host the first proper on track outing for the Mustang for DJR Team Penske and Tickford Racing since the car completed its homologation late last year.

Both Ford teams, who worked together to develop the Mustang with Ford Performance in the US, are busily preparing their new cars for the February 14 pre-season test.

Set to be the first coupe to compete in Supercars, the introduction of the Mustang represents the biggest change for Ford teams in more than a decade, increasing the importance of the only test prior to the Superloop Adelaide 500 opener.

DJR Team Penske has previously completed a test Phillip Island with a prototype version of the Mustang in November prior to its homologation.

The team will officially unveil its Mustang in Melbourne on February 11.

“It’s about trying to have as great an understanding of the car as we can possibly get, which means that the first test day at Phillip Island is critically important,” DJR Team Penske managing director Ryan Story told Speedcafe.com.

“We can’t waste any time over the course of that day and we need to get it right, and have a good test plan, and hopefully learn as much about the car as we can in its current iteration.

“When you go through the VCAT (V8 Supercars Aerodynamic Testing), you’re effectively working through those iterations to reach the numbers mandated by the series to ensure that there’s parity

“So, the ultimate configuration that the Mustang is in is something that we need to understand, and the best way to understand it is to get it on track.”

Tickford boss Tim Edwards shares Story’s view of the day although his team will have the addition of welcoming a new driver to the fold in Holdsworth.

The test will also see the teams running without the use of twin spring dampers following Supercars decision to ban the items for 2019.

It is also expect that three of the four Tickford cars will be running in their 2019 race liveries.

“Every year it’s crucial, isn’t it, that test day, whether it’s a new car or old car; you’ve always got changes or the tyres changed, or there’s no twin springs,” Edwards told Speedcafe.com.

“We’ve also got a new driver joining the team as well, so it’s going to be critical for him to get laps to get his head around our car because I’m sure it won’t behave the same as the car he’s hopped out of.

“So they’re (the tests) always critical.”

Supercars has confirmed that the test day will open to the public.