Erebus Motorsport will contest the 2019 Virgin Supercars Championship under a new moniker after securing a full naming rights deal with long-term sponsor Penrite.

The Melbourne squad has announced that it will run under the Penrite Racing banner with the oil giant set to extend its relationship by sponsoring both ZB Commodores for David Reynolds and Anton De Pasquale.

A new logo has been revealed ahead of the team’s livery launch prior to the pre-season test at Phillip Island next month.

Penrite has been associated with Erebus since 2015 with that evolving to title sponsorship on both cars at selected rounds last season.

“It’s a feather in everyone’s cap that we can represent Penrite Racing across two cars,” said Erebus’ CEO Barry Ryan.

“Our program keeps getting stronger and stronger, and Penrite Oil has been a great part of our team for many years.

“We’re proud to represent an iconic Australian brand and take the Penrite Racing name as we move the team forward. 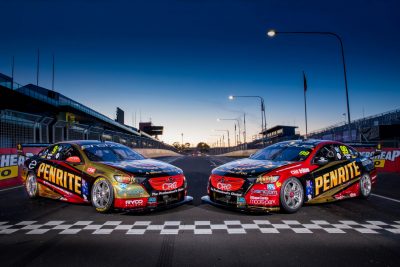 “The results we have achieved so far together is very encouraging heading into the new season.”

“I have always set a goal for Erebus to succeed across multiple platforms and it makes me proud to have established Erebus Motorsport as its own entity,” added team owner Betty Klimenko.

“I am excited to kick off the new season and launch Penrite Racing.”

Erebus Motorsport enjoyed its most successful championship campaign in 2018, finishing fourth in the teams standings.

Reynolds score three race wins and was on course to win the Supercheap Auto Bathurst 1000 before a leg cramp thwarted his efforts late in the race.

The 2017 Bathurst 1000 winner finished fifth in the championship while rookie De Pasquale impressed on his way to 20th in the standings.

Erebus will kick off its season at next weekend’s Liqui-Moly Bathurst 12 Hour when it fields a Mercedes-AMG GT3 for Reynolds, Supercars co-driver Luke Youlden and Yasser Shahin.