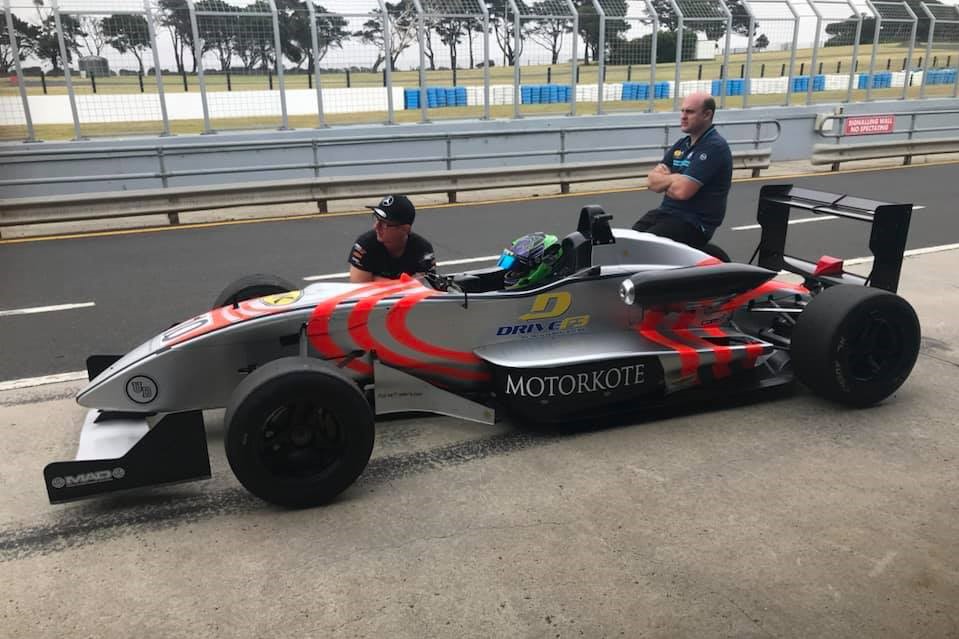 Poynting drove a Formula 3 car under the tutelage of three-time Australian Formula 3 champion Tim Macrow at the Island, where she shared the track with teams preparing for the Liqui-Moly Bathurst 12 Hour, including Scott Taylor Motorsport.

The Novocastrian’s previous circuit racing experience was her regular drive in Aussie Racing Cars, two rounds in SuperUtes, the SsangYong Racing Series, and a test in a TCR car at the Australian series’ launch last year at Sydney Motorsport Park.

“It was my first ever time in an open-wheeler; we just thought we’d organise something before Austria so I wasn’t going completely into the unknown,” Poynting told Speedcafe.com.

“We got the whole day in so it was six sessions, roughly about 80 laps, so well and truly got a lot in.

“I loved it. I didn’t really know what to expect, I wasn’t really sure if my fitness level would be there or a few things I was worried about, but now I’m coming out of the day much more confident.

“I’m so glad I jumped in the car. I still am very nervous, but I feel so much better.

“Tim did a great job as well with my confidence and data and everything, he was just on top of it and he improved me heaps, so I’m feeling much better.”

Poynting will be among 60 drivers vying for the 18 seats in this year’s inaugural W Series, and one of four Australians along with Chelsea Angelo, Caitlin Wood, and Alexandra Whitley.

She will jet out to Austria tomorrow ahead of three days of on-track activities and off-track assessments at the Wachauring in Melk.

Drivers are expected to learn of their fate on Monday morning, although Poynting will only return home after back-to-back rounds of SsangYongs at Taupo and Feilding in the first two weekends of February.

Round 1 of the W Series supports DTM at Hockenheim on May 3-5.