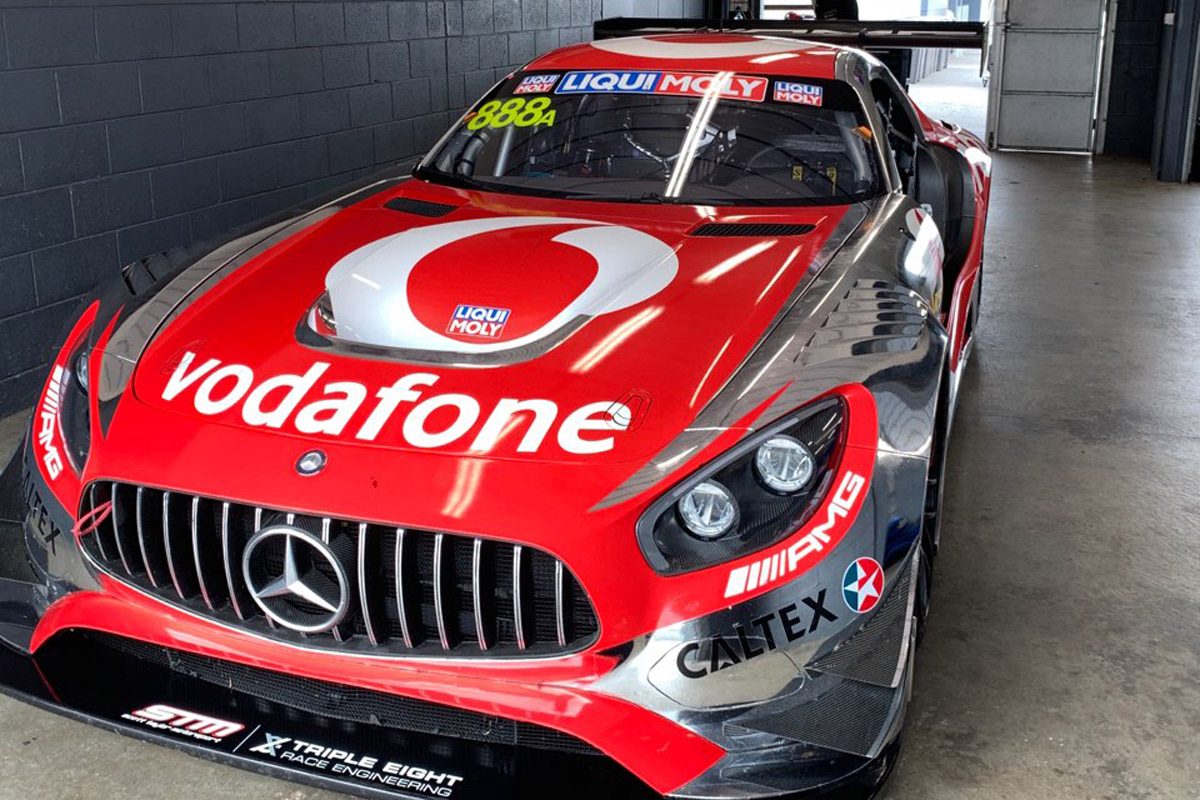 Craig Lowndes believes that Mercedes-AMG’s GT3 is easier to drive than the Ferraris in which he has won the Liqui-Moly Bathurst 12 Hour after pre-event testing in the German machine.

The veteran racer is no stranger to GT machinery, having recorded victories in the February classic at the wheel of a Ferrari 458 in 2014 and 488 in 2017.

Last year he raced a McLaren 650S GT3 with Shane van Gisbergen, and has previously competed in an Audi R8 LMS Ultra GT3 in the Australian GT Championship.

With Triple Eight set to enter Lowndes alongside van Gisbergen and Jamie Whincup in a Scott Taylor Motorsport prepared car in this year’s event, the team today cut laps at Phillip Island in preparation for its tilt.

“The Mercedes, from what we could find, from what I’ve done today, is a very easy car to drive, much easier than the Ferrari,” Lowndes told Speedcafe.com.

“(It’s) more forgiving, more predictable, and it seems to be good on its tyres.

“Straight line speed and all that side of it we won’t know until we get to Bathurst in comparison to Audi, Ferrari, Lamborghini and everything else, but at the moment I’m really comfortable in the car.”

Unlike the Ferrari, McLaren, and Audi he’s raced previously, the Mercedes-AMG GT3 is the first front-engined GT car he’s driven.

“Everything I’ve driven up until now has always been a mid or a rear engine GT car, so the first time I’ve been in a Mercedes is exactly what everyone told me about,” Lowndes explained.

“They all told me about how long the nose, or the bonnet, of the car is.

“I’ve probably taken about five or six laps to get used to having that extension on that end of the car when normally it’s quite a short nose but other than that it’s great.”

With van Gisbergen and Whincup having both raced Mercedes-AMG GT3s before, Lowndes’ focus was on familiarising himself in the car while his co-drivers worked on set-up.

Despite his comparative inexperience, Lowndes admits both he and his co-drivers were providing the same feedback.

“All three of us are talking the same language in the sense of what the car behaviour is, so that’s a good sign,” Lowndes said.

“Both Shane and Jamie have driven the car before so I’m a little bit guided by them in the sense the characteristics of the car, trail braking, the traction control, where all the dash instruments are, because obviously it’s a different layout to the Ferrari.

“Because they’ve driven it before they sort of have been working on more of the set-up and characteristics of the car,” he added.

“For me it’s just a matter of doing miles and kilometres, getting my head around how the car feels, how it’s working.

“I did a fuel run out, so knowing how far you can push the car, what it feels like when it starts to run out of fuel, all those sort of little things that are just obviously common sense but they’re all very different from manufacturers. For me it’s just been a learning curve.

“We’ve come out of this today so far it’s been a very productive run,” he concluded.

“I’ve got used to the car. For me with the car and again I go into Bathurst with a lot more knowledge of what the Mercedes-AMG does.” 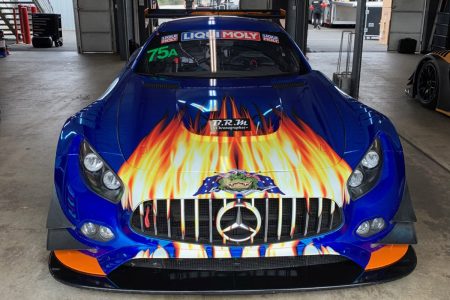 Erebus joined Triple Eight at the Phillip Island for the pre-Bathurst 12 Hour test although it ran without Reynolds, who is yet to return from his European holiday.

Team CEO Barry Ryan was on hand to oversee the outing which saw the squad enjoy a trouble-free day.

“It was good. It was an interesting day,” Ryan told Speedcafe.com.

“Being in the garage with the STM team and Triple Eight guys was a funny environment when you are communicating set-ups with your rivals in Supercars.

“There were no dramas. Yasser and Luke worked on their seat position a bit and Dave will have to do that later this week.

“Luke knows what Dave needs so it is not going to take much. Yasser was really consistent and Luke was really good as he always is.”

Lowndes, Whincup, van Gisbergen, Youlden, and Shahin, as well as Craig Baird, also banked laps in the Habul car, which was present at the test despite its driver roster being unavailable prior to the 12 Hour.

The three STM Mercedes form part of a 28-strong GT3 field for the Bathurst 12 Hour, which begins on January 31.