TRS races postponed due to gale force winds in Invercargill

TRS races postponed due to gale force winds in Invercargill 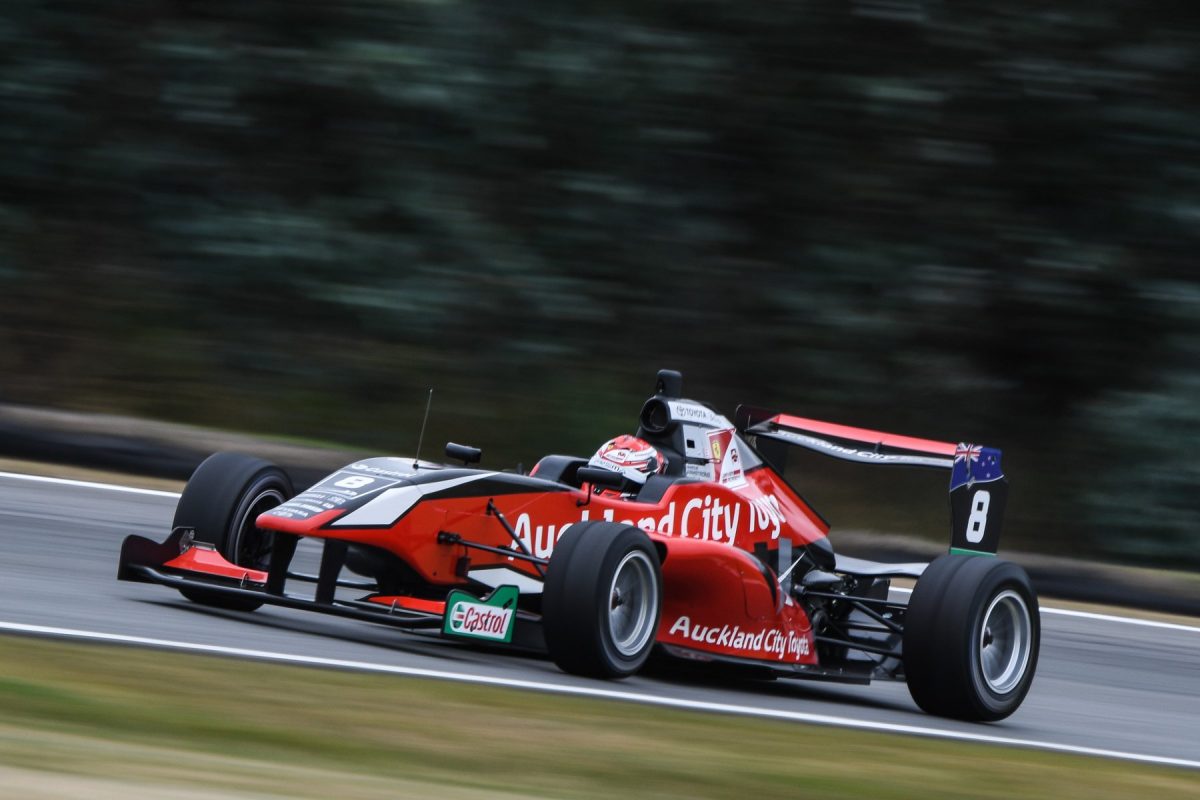 Today’s program of Castrol Toyota Racing Series sessions at Teretonga Park has been postponed to later weekends due to gale force winds in Invercargill.

The open-wheelers saw no on-track activity despite a qualifying session and two further races having been scheduled.

Race 2 has been pushed back to next weekend at Hampton Downs, while Race 3 and its associated qualifying session will be held a week later again at Taupo.

New Zealanders Liam Lawson and Marcus Armstrong are tied at the top of the standings after the latter saw off a major challenge from the former to win Race 1 of the weekend.

The day’s BNT V8s races did go ahead; CLICK HERE for report.

Following consultation with all team owners and drivers, Toyota Racing New Zealand have today (Sunday) made the decision to cancel all remaining qualifying and racing for the Castrol Toyota Racing Series after gale force winds made circuit conditions unsafe for the high speed formula TRS cars at Teretonga Park in Invercargill.

All concerned supported the decision as the correct course of action with the extreme high winds potentially compromising vehicle downforce.

Average winds of 65 km/h on Saturday and gusts of 100 km/h plus caused significant damage at the track on late Saturday afternoon and evening with the weather forecast for Sunday indicating increases in average winds and of peak gust speeds throughout Sunday.

Castrol Toyota Racing Series Category Manager Nico Caillol was keen to stress the decision had not been made lightly and was based solely on the safety of the 16 drivers and others involved in the series.

“Our conclusion is that the predicted wind speeds and gusts combined with the high speed nature of the coastal track could compromise the downforce of the 500kg machines and potentially put driver safety and the safety of others at an enhanced and unacceptable level of risk.

“It’s a shame and we have considered the situation carefully for fans and drivers, but safety comes first and we have reluctantly decided to cancel our qualifying and racing today.”

In accordance with the championship articles, the remaining races have been rescheduled. Race 2 which was due to run on Sunday morning will be run at the Hampton Downs meeting next week and Race 3 qualifying and the race will be run at Taupo Motorsport Park the following week.