Following on from Part 1 yesterday, Speedcafe.com continues with its modern history of the car numbers which are used in the Virgin Australia Supercars Championship. 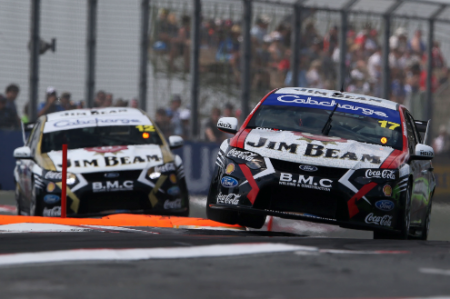 While the team’s ‘other’ number(s) has chopped and changed in recent times, #17 has been a mainstay at Dick Johnson Racing since Dick Johnson himself used the number for most of his career, and then initially Steven Johnson upon his father’s retirement.

Following Team Penske’s buy-in and eventual expansion back to two cars, Fabian Coulthard was assigned #12, one of the American organisation’s signature numbers and last year raced to victory in the Indianapolis 500 by Will Power.

Coincidentally, DJR already had recent history with #12 having run the Triple F Racing entry as one of its own for Dean Fiore in 2012 and then leased the REC in 2013. That lease was required for DJR to continue to run multiple cars when former co-owner Charlie Schwerkolt took the #18 REC to FPR (and Paul Morris, who also had a REC at DJR in 2012, loaned his to Lucas Dumbrell Motorsport).

But for a one-off to commemorate Lee Holdsworth’s 400th race start at Winton last year, the Schwerkolt REC has been raced as #18 through stints at FPR, Walkinshaw, and his own single-car team since 2016.

In its previous life at DJR, #18 won the championship with John Bowe in 1995 and James Courtney in 2010, the latter under Schwerkolt ownership. 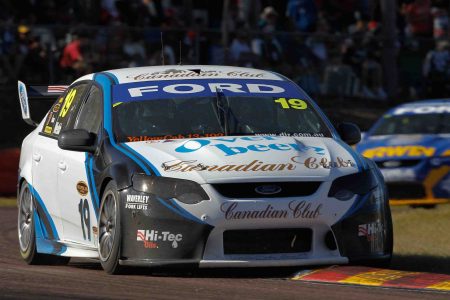 Tekno Autosports may campaign a Triple Eight Holden nowadays but its racing number is derived from its relationship with the outfit which became the other Supercars superpower.

When then-recently crowned Super2 Series winner Jonathon Webb stepped up to the Championship in 2010, he did so by way of the family buying a Britek REC and taking it to DJR.

With the Ford squad, which ran Triple Eight-built Falcons at the time, already using #17 and #18, #19 was a logical progression. Phil Munday has #23 back

The #23 is a reference to team owner Phil Munday’s birthday and was used by LDM in 2014 when Munday’s Repair Management Australia was its primary sponsor.

The number was snapped up by the then-Nissan Motorsport team when Nick Percat opted to bring #222, a reference to his former relationship with Walkinshaw Racing, across to LDM in 2015. Blanchard, in the return of a second LDM car, used the #3 with which he won the 2007 Australian Formula Ford Championship.

With Munday taking over team last year, he settled for #230 given that #23 was still held at Braeside. A repeat of the days when, for example, BJR used #21 and Team Kiwi Racing used #021, was not allowed due to the current prohibition of leading zeroes in competition numbers. While Garry Rogers himself raced with #34 in AUSCAR’s halcyon days, it did not come into regular usage at GRM until the 1995 Australian Super Touring Championship.

Garth Tander and Jason Bargwanna won the Bathurst 1000 in the #34 VT Commodore in 2000 and it was the former that would use #34 regularly.

Bargwanna raced in Car #35, although the second car switched to #33 in 2003 for Jamie Whincup’s rookie season.

It was #33 that Tander was assigned during his latter stint at GRM, making him the second Tander, of sorts, to do so with the team.

Leanne Tander, after all, drove for GRM in the 2001 Super2 Series when she was Leanne Ferrier.

There has been no indication from GRM of any change of number following the announcement of its new commercial identity of Boost Mobile Racing Team. 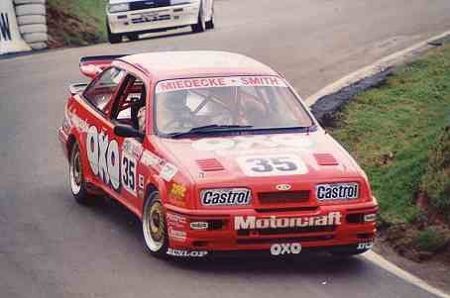 Although #35 probably conjures up thoughts of Matt Stone Racing and/or Todd Hazelwood owing to their shared rise in the sport, it is actually a legacy of the Miedecke family.

George Miedecke picked #35 when he drove with MSR in the 2013 Super2 Series due to the restoration of a link between his family and the Stones.

The number simply wasn’t changed when Hazelwood drove the same entry in 2014, and has become something of an MSR trademark with Jason Gomersall picking the number for Touring Car Masters. 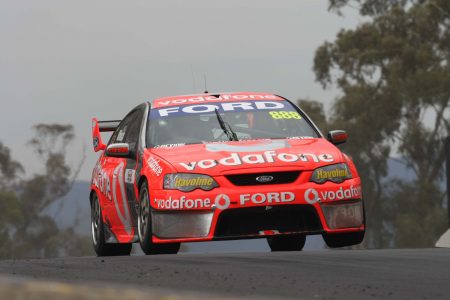 The first of the active Supercars teams to be named after its racing numbers, Triple Eight Race Engineering will not actually use #888 in 2019 except for the Jamie Whincup/Craig Lowndes car in the Pirtek Enduro Cup.

Triple Eight was founded in Britain by Roland Dane, Ian Harrison, and Derek Warwick, hence the ‘triple’, and planned to link with an Asian manufacturer, hence the lucky number eight.

The #88-#888 pair started the next year, the former now Whincup’s number when not racing as defending champion (save for use by LDM in 2013), while Shane van Gisbergen was allowed to choose his preferred #97 (Whincup used #88 in the Kiwi’s first season with Triple Eight).

Dane has already shown before just how much #888 means to the team. In 2009, when Whincup otherwise drove with #1 but was paired with Lowndes for the enduros, they as the senior combination raced with #888 while the Allan Simonsen and James Thompson got #88 in the second entry.

Triple digits are out

One trivial implication of Triple Eight’s various decisions is that there are no triple-digit numbers racing for most of the year.

That marks the end of a 21-year streak, which has been sustained along the way by the likes of Glenn Seton Racing, Briggs Motorsport, and Team Kiwi Racing.