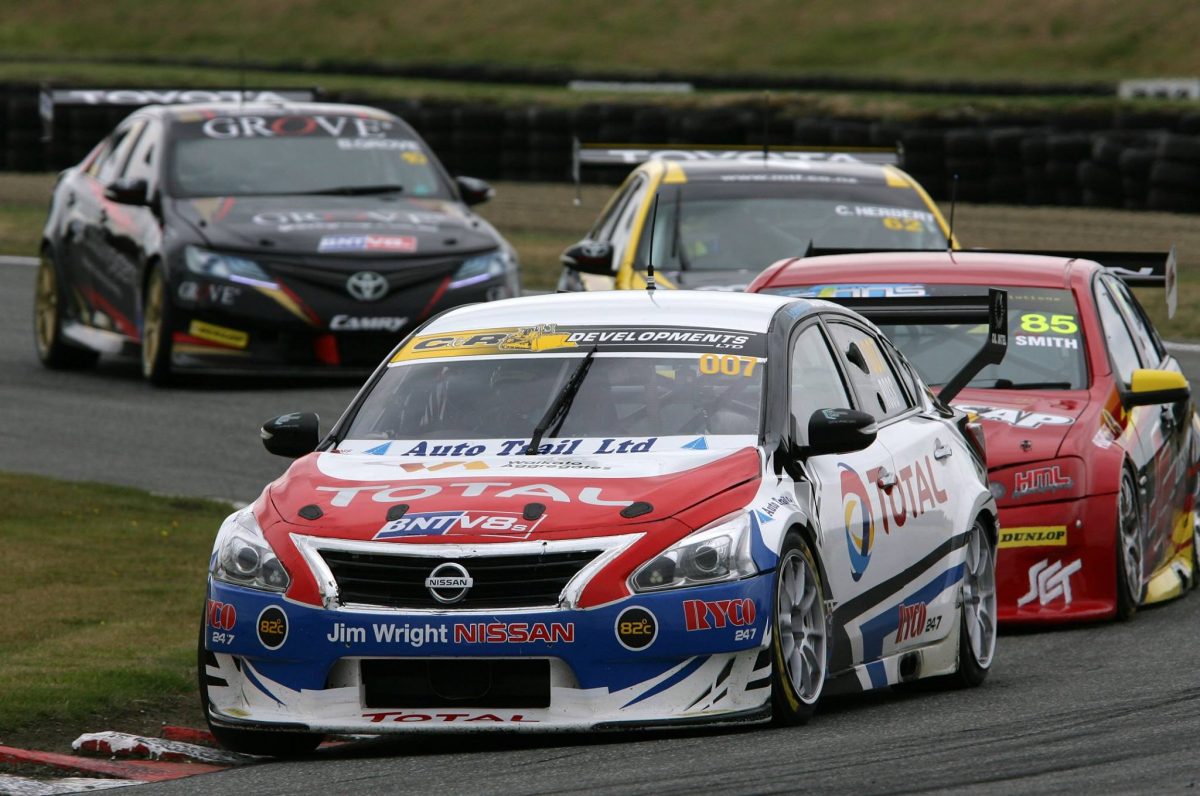 Nick Ross has broken Jack Smith’s BNT V8s winning streak after the Australian suffered a suspension failure, but not before he had dominated another race at Teretonga Park.

Ross held off Brenton Grove in a willing conclusion to Race 3, after Smith galloped away to the win and smashed his day-old lap record in Race 2.

Smith just cleared Grove to take the lead out of the second corner of Race 2 and was already on a hot pace once he got to Lap 2.

Having set a new lap record of 59.686s when he dominated the opening race of Round 4 a day earlier, he was already under that on Lap 3 and got all the way down to a 59.276s on Lap 7 of the Invercargill circuit.

Smith went on to claim a fifth straight race win in the #85 Hamilton Motorsports Commodore, by over 12 seconds from a lonely Grove in the #10 Richards Team Motorsport Camry.

The next three of Ross, Lance Hughes, and Chelsea Herbert, were covered by less than a second when the chequered flag flew after 16 laps.

Herbert and Ross were at the front of the field for the standing start to Race 3 and the latter led the field away as Smith drove into second position from the outside of the second row.

Smith was looking keen to pass the #007 Concept Motorsport Altima and even nudged Ross at The Esses on Lap 8 of 20.

Moments later, however, the a possible right-front upright failure at The Hairpin pitched Smith off the track.

Ross had little let-up as Grove, who had just slipped past team-mate Herbert at Turn 1, soon began to apply pressure.

After a couple of looks, Grove went for the move at the Elbow on Lap 18 and they banged wheels at turn-in.

Grove momentarily had the lead but was out-dragged by Ross as they ran back up the straight.

Ross, who had also been investigated for a possible jumpstart, made sure to cover the threat of a repeat move on the final two laps and won by 0.196s.

Herbert’s crossed the line only another 0.299s behind Grove in her #62 Camry.

Hughes only fared marginally better than non-finishing team-mate Smith, having spun early in the #84 Commodore and ending up two laps down in ninth.

Matt Podjursky won Class Two in each of the three races, while the round overall went to Grove by virtue of his trio of second placings.

“We’re definitely making progress with the car and hopefully we can keep bridging that gap to the guys in the front,” said Grove.

“We’ve had some bad luck this season. I think that based on raw speed, Jack’s car is still a fair way up the road, but as we saw this weekend, if he has a bad race, we can definitely fight with everyone else.”

Round 5 takes place at Manfeild on February 8-10.