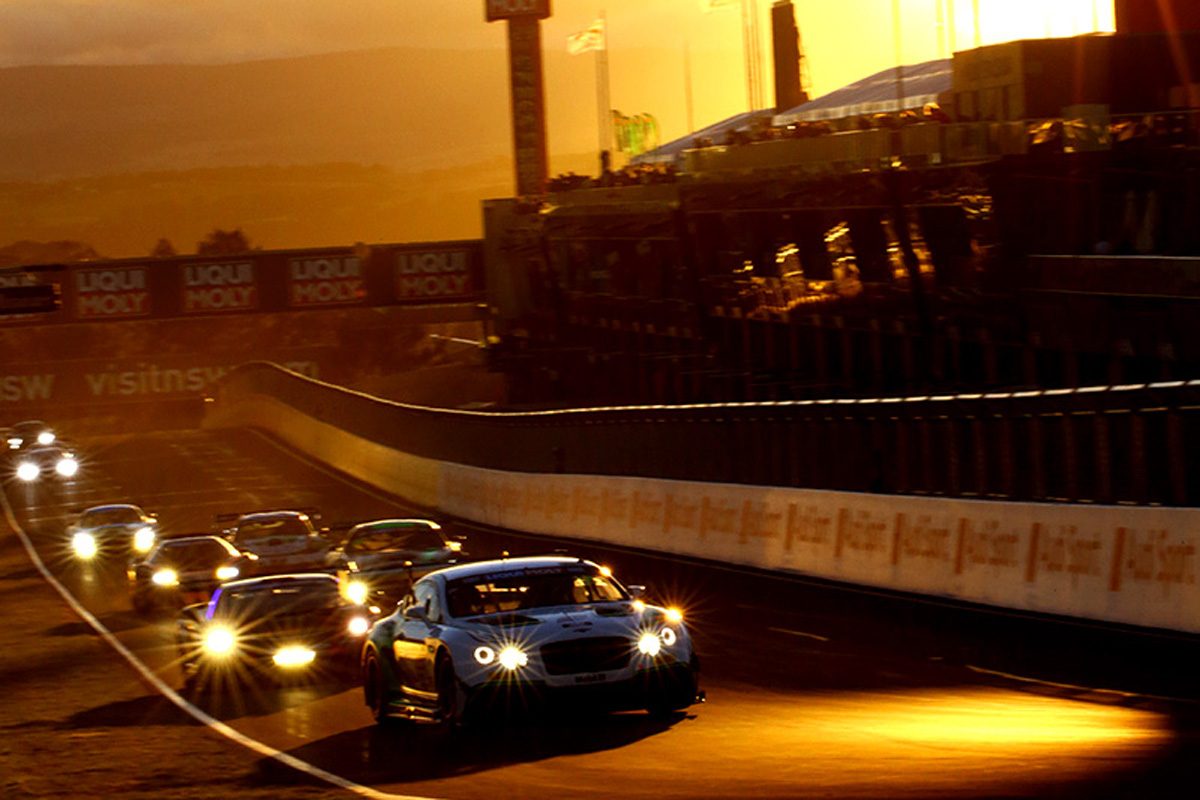 The complete entry list for the Liqui-Moly Bathurst 12 Hour has been released with a total of 41 cars spread across four classes.

The bulk of the field is made up of Class A entries, comprised of 28 GT3 machines split across Pro, Pro-Am, and potentially Am entries, with final classifications to be confirmed next week.

There are three entries in Class B, for Porsche 911 GT3 Cup cars, and six entries split between BMW, Ginetta and KTM in the GT4 class.

Rounding out the field is a quartet of entries from MARC in the Invitational class, with two Mustang-inspired MARC IIs and a brace of the older generation Focus V8s.

This year’s event will mark the first time the current generation of Bentley Continental GT3 has appeared at Mount Panorama, the Bentley Team M-Sport having last year narrowly won a race against time to have their older generation cars arrive in time for their final race after a shipping delay.

It also marks the final race for the McLaren 650S GT3 as a current spec car, with the English marque set to replace it with the 720S GT3 once the European season begins.

Jamie Whincup, Shane van Gisbergen, and Craig Lowndes will all share a Scott Taylor Motorsport-prepared Mercedes-AMG GT3, run under the Triple Eight banner much as the squad operated with Maranello Motorsport when they won the race in 2017.

Other notables include 2018 DTM champion Gary Paffett who will drive for Craft-Bamboo Racing/Black Falcon alongside Maro Engel and Luca Stolz, and 2016 World Endurance Champion Romain Dumas in the Porsche Motorsport/EBM entry with Sven Muller and Mathieu Jaminet.

Le Mans class winner Matt Campbell is in the team’s sister car, sharing with Dirk Werner and Dennis Olsen while Jaxon Evans will race with Kevin Estre and David Calvert-Jones in the Competition Motorsports/McElrea Racing Porsche.

In the GT4 class Caitlin Wood will climb into a KTM X-Bow just a week after taking part in the W Series evaluation in Austria, racing with Australian GT class winners David Crampton and Trent Harrison, and Tim Macrow, while Paul Morris will race with former IndyCar star Paul Tracy in a MARC II with Keith Kassulke.

On paper at least a dozen cars stand a realistic chance of overall victory in what is arguably the most competitive field assembled for the Bathurst 12 Hour to date.

The 2019 Liqui-Moly Bathurst 12 Hour commences on January 31 with 12 Hour cars hitting the circuit for the first time on February 1.