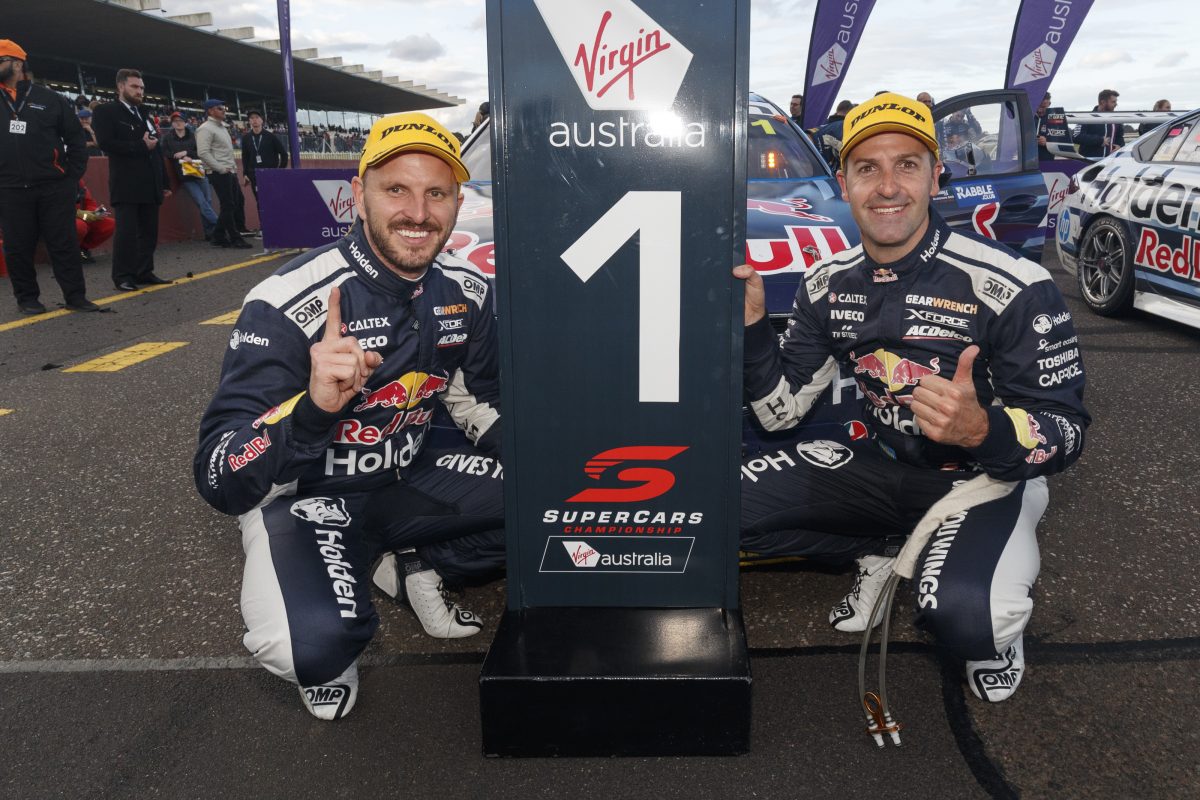 Paul Dumbrell has described himself as ‘extremely fortunate’ to have enjoyed a long career in Supercars having reiterated that he will not seek an enduro drive outside Triple Eight.

Craig Lowndes had already been announced as Jamie Whincup’s new Pirtek Enduro Cup co-driver for 2019 before Garth Tander got the call up to share the other Red Bull Holden Racing Team entry with Shane van Gisbergen.

The arrangements bring to an end a Supercars Championship career which started in 1999 when Dumbrell became the then-youngest driver in championship history, and likewise in the Bathurst 1000 later that year.

After winning the Dunlop Super2 Series in dominant fashion in 2002, his full-time run started in the following year as a replacement for Russell Ingall at Perkins Engineering.

While showing flashes of speed, including qualifying third for the 2004 Bathurst 1000 at less than a tenth off pole, his reputation was set back by moments such as his part in a pile-up at Adelaide’s Turn 8 in 2004 and the twin crashes at Griffins in the 2005 Bathurst 1000 which also caused Lowndes to cop a wheel in his windscreen.

Dumbrell’s best years as a full-timer were the last two, at Ford Performance Racing, of which the obvious highlight was his first race win at Sandown in a sprint round in 2010.

For the past seven years, each spent as co-driver to Whincup, he has established himself as one of the standout enduro-only steerers. They won the Supercheap Auto Bathurst 1000 in the first year of their partnership and while arguably arriving at Mount Panorama as the favourites on every occasion since, they have been foiled in any number of ways, the most recent of which being a stray wheel.

In the Sandown 500, Whincup/Dumbrell went three wins from seven, including last year when Dumbrell was the fastest of either primary or co-drivers during the race.

When asked how he reflected on his time in the Virgin Australia Supercars Championship, the now 36-year-old told Speedcafe.com that he was grateful for the experience.

“I think I had a long career in which I probably underdelivered as a full-time driver and really sort of maximised my own ability and whatnot in that last couple of years from a full-time perspective.

“I’ve been really, really privileged to be involved with Triple Eight and with Jamie for seven years as a co-driver, and we’ve probably been consistently one of the fastest cars across the seven years.

“We can argue whether or not we underdelivered or overdelivered over that time for the speed we had, but we gave it our all and on reflection I wouldn’t change any decision that we made along the way; it’s all part of the journey.”

Whincup has won four championships in those past seven years, a point of pride for Dumbrell, although he still laments his part in one that got away.

“We’ve been fortunate for Jamie to win the championship in many of those seven years, and I feel really, really proud to be a really small part of that,” he added.

“But at the same time, probably my biggest regret is probably costing Jamie the championship when I took my seatbelt off too early at Sandown in 2016. 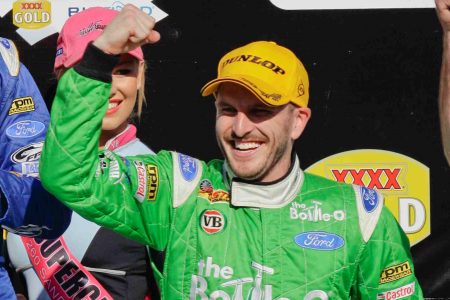 After his first Supercars Championship race win at Sandown in 2010

“That’s probably the lowest point of my career to be perfectly frank, but anyway, the highs come with the lows and I reflect really fondly on my time.

“As I said, I owe a lot to Roland (Dane, team boss), Dutto (Mark Dutton, team manager), Jamie, and the whole team for giving me the opportunity to drive with the best team in the whole country.”

Confirmation that Dumbrell, a minor shareholder in Triple Eight, will not seek an alternate co-drive comes as no surprise, having said as much at the time of Lowndes’ retirement announcement.

“That’s correct,” he said when asked if that stance remained the same.

“We do a one-year deal with the team and with the fate of a main series driver changing their status, it was a natural position for us to take as a team to get the two best co-drivers there are.

“Clearly the decision we’ve made as a team is that we’ve got the two best guys in the field.

“CL won Bathurst, won multiple races, top five in the championship (last year), so from a co-driver perspective he is the number one co-driver in the field, and GT likewise.

“I’ve had a great time over the last seven years with the team and J-Dub, but it’s now onto the next phase for the team from a co-driver perspective.”

He also clarified that his future was decided “well before” the Tander signing.

There is still, however, the question of the Dunlop Super2 Series.

Dumbrell has stayed race-fit by driving in the second tier with Eggleston Motorsport since 2014, when he picked up a second series win, but also places a high value on the competition in its own right. Team manager Rachael Eggleston expects him to be involved in some capacity, although Dumbrell’s status as new CEO of Total Tools and father of two since late 2017 could make racing itself difficult to justify.

“It’s this time of year that these conversations happen,” he explained.

“Obviously previously it’s been (about) getting my mileage but I haven’t made a decision to be honest.

“Rachael and I have been open that we’ll see what happens, but there’s not the requirement for me to do Super2 as there has been in the prior years with my co-driving duties.

“If I don’t drive, certainly I could be involved in a few test days and attend a couple of races as a fan, but in terms of going to every race, et cetera, that wouldn’t be happening with life and work; in my new role, time is of a premium at the moment.”

Steve Richards, meanwhile, has confirmed to Speedcafe.com that he has found an as yet unannounced home as a co-driver having partnered Lowndes to victory in last year’s Bathurst 1000 before Triple Eight returned that REC.