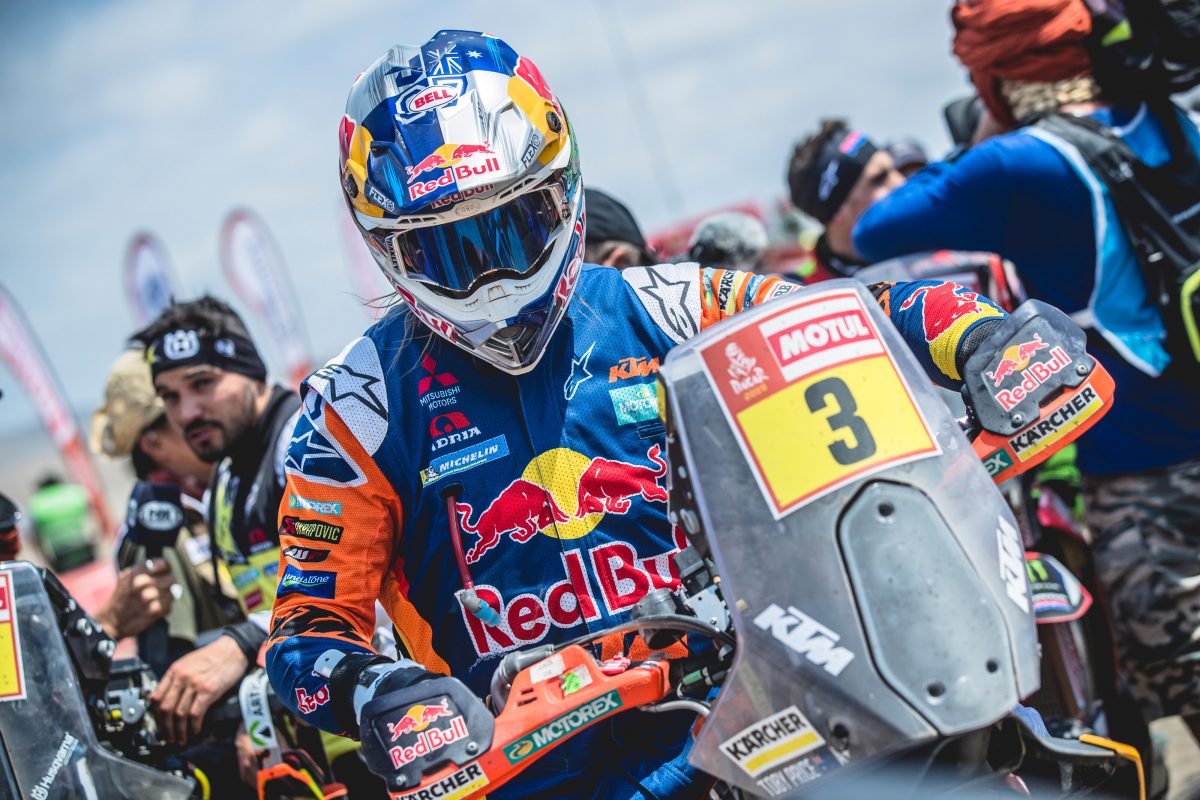 The KTM rider moved into the lead for the first time on Stage 8 and gave up only one second to Quintanilla on Stage 9, a loop from Pisco and back.

It means that Price is 1:02s ahead of the Chilean with just one stage remaining in 2019, while the Australian’s defending champion team-mate Matthias Walkner is five-and-a-half minutes further back.

The trio in fact crossed the line together at the end of the stage, having been in the first group for the mass start, and are more than half an hour ahead of the rest of the field.

Price is now 112 competitive kilometres (plus 247km liaison) away from a second Dakar crown, despite not having won a stage this year.

However, he is still cautious about his chances due to the agony of the fractured wrist he carried into the event.

“Pablo’s going to definitely put on a charge tomorrow and I’m going to try and do the best I can as well.

“At the end of the day, if I can make the podium I’m going to be really stoked with this, and that’s just going to be (a matter of being) consistent.

“I’m happy there, but it definitely would be nice to try and get another win.”

Stage 9 – 5th 🏁
Current Overall Position – 1st, leading by +1:02 🏆
With the mass start today there was no chance to make up any time or lose time really, I just had to stick with the group! Only 100km stage tomorrow but will feel like a 300km! 😬 pic.twitter.com/TrlXMAKS9q

The Australian rookies, Ben Young (KTM) and James Ferguson (KTM), each moved up two positions to 53rd and 68th respectively out of 78 remaining riders.

John Maragozidis (Yamaha) recovered the position he lost a day earlier and is back to 13th of 15 in Quads.