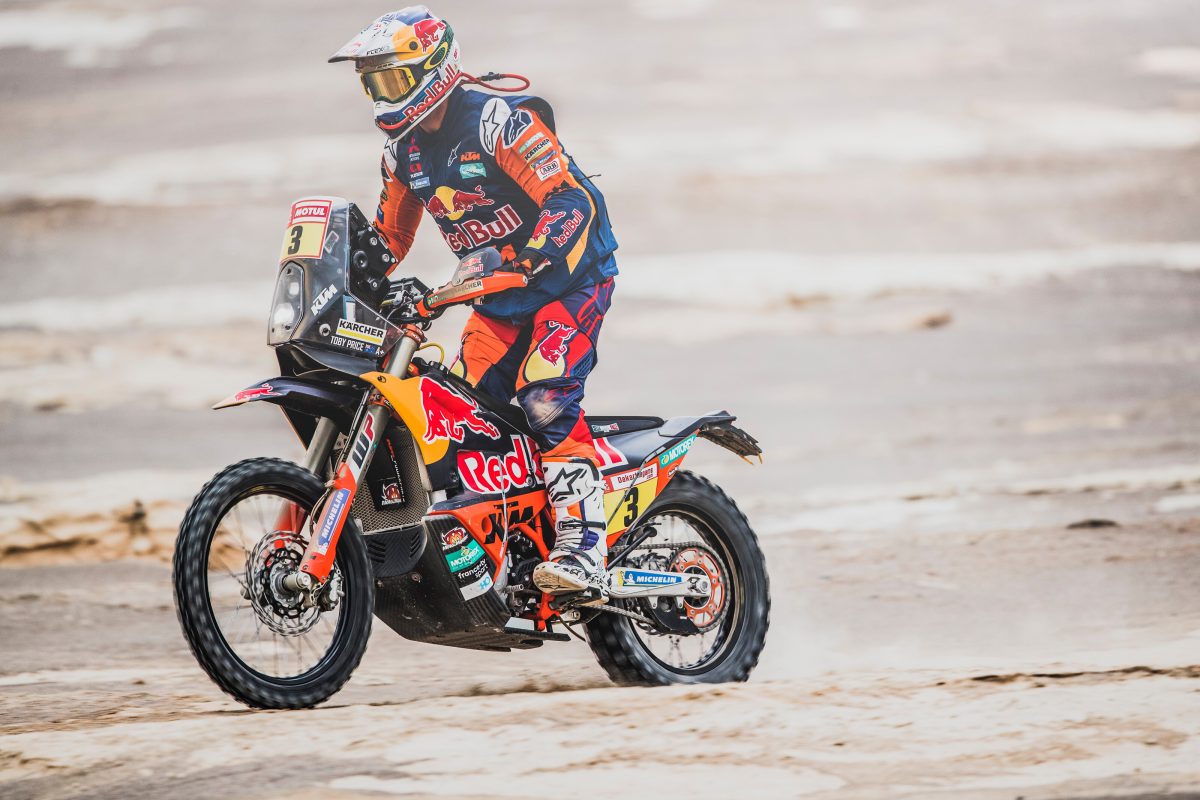 Toby Price is in front for the first time in the 2019 Dakar Rally as previous leader Ricky Brabec went out with an engine failure.

The 2016 champion still hasn’t won a stage this time around, although he came closest in Stage 8, but now sits 1:03s ahead of Pablo Quintanilla (Chilean).

Price made a strong start to the 360km special from San Juan de Marcona to Pisco and was as much as 3:30s ahead of the field, at Waypoint 3.

KTM team-mate Matthias Walkner got out to 5:05s adrift but was closing by that stage, and Quintanilla was soon coming as well.

Only 36 seconds covered the top three at the last waypoint before the finish, and in the end it was Walkner by 45 seconds from Quintanilla, with Price another 28 seconds back on the stage.

Walkner is up to third in the general classification at 6:35s behind Price, almost 10 minutes closer to the top than the defending champion was a day earlier as his recovery continues.

“Until the refuelling, Toby caught up a lot of time on me,” recounted the Austrian.

“But in the dunes I tried to push really hard in the morning.

“It was a really fast track with not really visible stones and I didn’t feel so good, but at the end I felt quite good and tried to push a lot.”

The hard-charging Brabec was brought undone just 56km into the special when his Honda’s engine failed, the second time in as many years that the American has gone out of the event in such a fashion.

Sam Sunderland (KTM, British) and Adrien van Beveren (Yamaha, French), the latter of whom started the day in second, also remain in the hunt and are within 10 minutes of the lead.

Kevin Benavides’ (Argentinean) hopes, on the other hand, are slipping with Honda’s leader 21:54s off the pace in sixth.

The second last stage is another loop with 313km of timed distance from Pisco.