Erebus Motorsport has moved to strengthen its ties with Image Racing, to which it has sold another car for this year’s Dunlop Super2 Series.

Although only incumbent Jordan Boys has been confirmed as an Image driver for 2019, the plan is for Erebus crew members to gain experience in the Super2 environment.

“Erebus has long held a commitment to the grass roots of motorsport and we would like to ensure we can continue to support up and coming talent,” said Ryan.

“Developing our crew and creating career opportunities is also a focus and having Image Racing, where they can work with Terry and his team, makes an ideal environment to learn and is very important for both our businesses.”

Erebus’ last VF Commodore, which was allocated as a spare chassis last year, joins a ‘step-sister’ car raced by Adam Marjoram in Super2 in 2018.

It was a Walkinshaw-built machine converted to Erebus specification and last raced in the Virgin Australia Supercars Championship by Dale Wood.

Boys last year drove an ex-Garry Rogers Motorsport VF Commodore in his first full year in the series, having stepped up in 2017 from driving a Project Blueprint-spec FG Falcon with Image in Super3.

The development continues the resurgence in the involvement of top-level teams in the second tier. 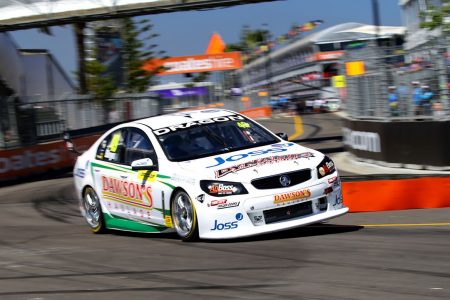 “Adam had his best ever results last year and often commented how good the car was; now Jordan Boys is looking forward to getting into his new car and getting similar results,” said Wyhoon.

“With several main series teams now running in Super2, it has become increasingly important for us to have access to an improved infrastructure, such as engineering advice, race strategy, and shared driver feedback.

“We believe we have a reputation for blooding young drivers, and with the increase of the main game teams in our category it narrows the opportunity for driver progress.

“A closer alliance with Erebus will bring our drivers closer to being able to see the way forward in Supercars, and we also believe the improvements within Image Racing will also bring the Super2 drivers to a higher plane.”

Teams will also be more able to share data across the two series due to the banning of twin springs from the Championship.

Erebus is set to announce further Academy plans in coming weeks, while Marjoram is believed to still be trying to pull together the funding to continue in Super2 this year.