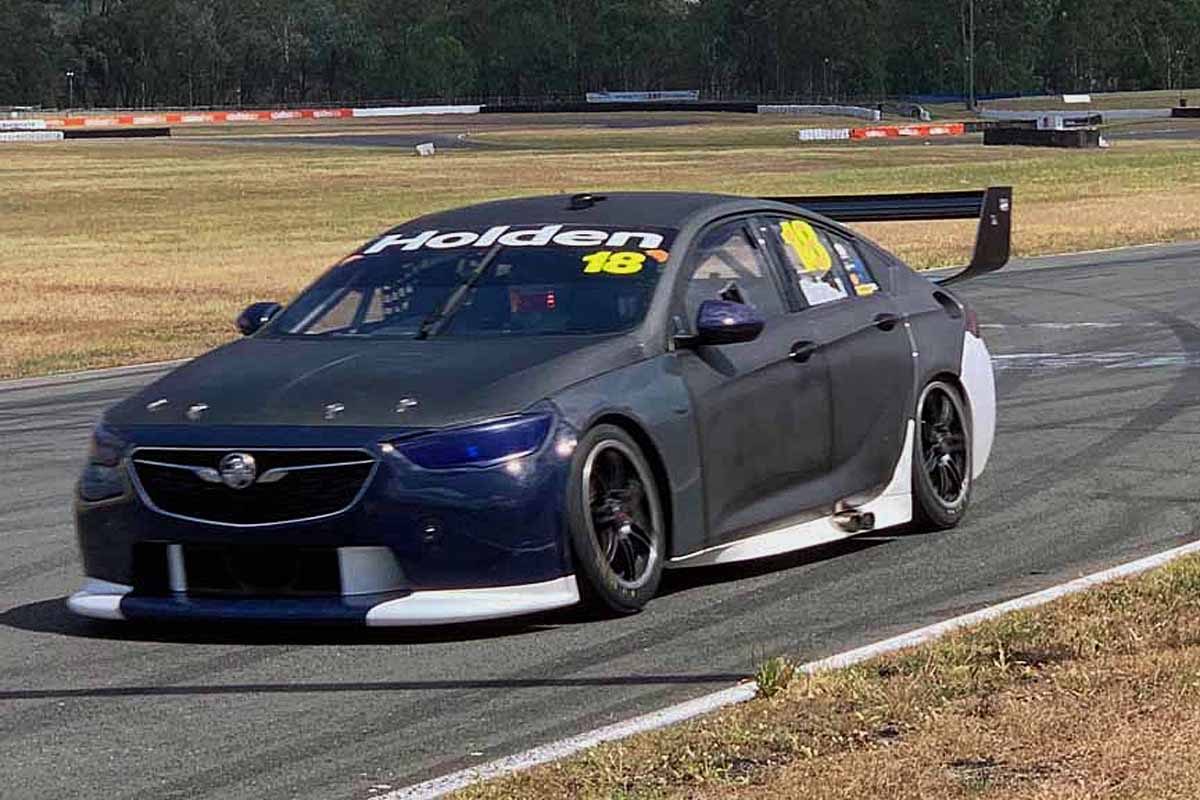 Mark Winterbottom on track in the ZB Commodore

Mark Winterbottom understands how Triple Eight has achieved superiority in Supercars after his handover shakedown in what is now the Irwin Racing ZB Commodore at Queensland Raceway.

Winterbottom got his first ever taste of a Holden Supercar at the Ipswich circuit this morning as part of a handover of the car from constructor Triple Eight Race Engineering to Team 18, which will enjoy technical support from the factory team in 2019.

The ex-Tickford Racing driver, who spent 13 years at Campbellfield and each of the first 16 of his Supercars career (including Super2) in Fords, has moved to Charlie Schwerkolt’s revamped single-car team.

His ride will be the prototype ZB Commodore developed by Triple Eight during the homologation of the new model.

It was thrust into service at Pukekohe last year for Jamie Whincup after a crash during the Gold Coast 600 left his car too badly damaged to repair in time for the New Zealand leg of the championship.

Winterbottom is the only man to win a championship in a non-Triple Eight-built car from 2008 to 2017, and was a regular thorn in particularly Whincup’s side during that time.

Having cut the maximum 10 laps in the original ZB at ‘The Paperclip’, he now appreciates how the Triple Eight cars achieve their performance.

“It’s been a tease, you know,” Winterbottom told Speedcafe.com.

“(It was) 10 laps, which includes out and in laps, so we got four laps effectively, but it’s great; whet’s the appetite, which is good.

“I had no preconceived ideas of what to expect so driving it, it felt really nice in areas.

“I kind of understand why they beat us, several times, and there’s other bits that I think that we can contribute and tidy up a little bit.

“It’s just nice to drive it. I’ve been waiting all Christmas to get your present, you know, so it’s really cool.”

Team 18’s existing Commodore, built originally as a VF, has effectively swapped with its newly acquired car to become a Triple Eight spare.

Schwerkolt’s new arrangement with Triple Eight sees his team enjoy full customer status having struggled in its endeavours as a more independent operation, particularly in the last two years.

Winterbottom visited Triple Eight’s Banyo workshop as part of his trip to Queensland and was impressed by the level of organisation.

His first drive has him brimming with confidence for the new season, with testing to begin in earnest next month.

“You go into most workshops early in the year and the cars are in bits,” he noted.

“Our car’s hit the track, our car could race today.

“The team, although it’s had a bit of a shuffle and stuff, we’re ready to race, which is nice.

“We’ve got a month for the test, a month and a half until Adelaide; we’re in good shape.

“That’s probably the exciting part, and it ran smoothly as well.”

Irwin Racing is set to formally unveil its team on February 7.