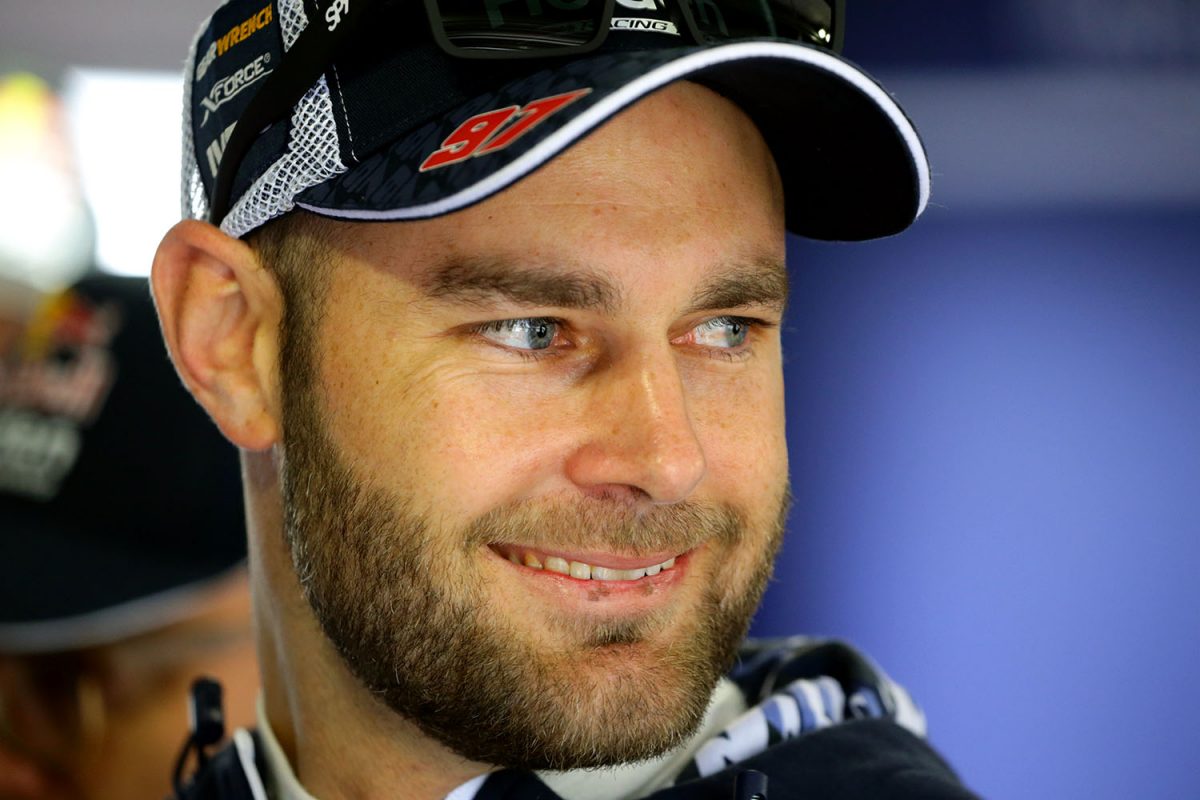 Shane van Gisbergen has revealed that he was surprised to learn of Garth Tander’s appointment as his Pirtek Enduro Cup co-driver, just a day before the signing was made public.

Tander went from believing he has racing full-time with Garry Rogers Motorsport in 2019 to being out of a drive and then picked up by Triple Eight Race Engineering for the enduros in the space of around a week.

His axing from GRM shocked the championship and the hectic timeline meant that even van Gisbergen himself didn’t expect to be sharing the #97 Red Bull Holden Racing team car with Tander come October.

Triple Eight announced the deal the next morning.

“It was a bit of a surprise when I got the text message,” said van Gisbergen.

“I think it was Tuesday or Wednesday and it got announced the next day.

“It’s pretty special to have Garth join us, a bit of a weird situation for him, but what an awesome driver line-up.

“Joining three Bathurst winners, hopefully I can add my name to the list, but it’s very special.”

Van Gisbergen has come agonisingly close to winning the Supercheap Auto Bathurst 1000 on multiple occasions including, ironically, the moment when he and Tander ran off together while heading the field at a restart with 17 laps to go in 2017.

Having missed out by 0.1434s a year earlier, and been cruelled by a starter motor failure when he stalled while in a strong position in 2014, the New Zealander is the only one of Triple Eight’s four drivers to have not won the Great Race.

Craig Lowndes has six for Triple Eight and seven in total, Jamie Whincup has four including the three-peat with Lowndes, and Tander has three across his first stint at GRM and with the then-Holden Racing Team.

A highly talented driver in his own right with a Supercars championship, Blancpain GT Series Endurance Cup title, and the 2016 Liqui-Moly Bathurst 12 Hour to his name, van Gisbergen is still eager to learn from his team-mates.

“I’ll be trying to learn as much as I can, especially off Garth,” he said.

“He’ll do as much as he can to be part of the team, learn the team, get settled in and then the first (enduro) race this year is Bathurst, so you’ve got to hit the ground running.

“We’ll be ready to go. The guy’s done countless Bathursts, had three victories, so I’ll be trying to learn as much as I can.

“(In his) first year out of the main game as well, he should be able to slot straight in and help us with the test days and be with us as another piece of experience at the rounds.

“And then when we get to Bathurst, it should be ‘hop in, straight into practice and go’. Experience counts for everything there.”

Tander is expected to be fully available for testing with Triple Eight, unlike van Gisbergen’s last three, overseas-based co-drivers.

In his three years at Triple Eight, he has driven with Alexandre Premat in 2016, Matt Campbell in 2017, and Earl Bamber last year.

Tander, however, is contracted for two years.

“I’ve had a crazy run of co-drivers since the last year of Tekno (Autosports), I’ve had a different guy every year, I haven’t been able to hold onto them for whatever reason,” observed van Gisbergen.

“But Garth’s locked in for the next two years and we can build on that relationship and it’s going to be good.

“(I’ve) Had some quality drivers there but never quite managed to get it, so hopefully this year we’ve got a good chance.”

The Pirtek Enduro Cup starts this year with the Supercheap Auto Bathurst 1000 on October 10-13.