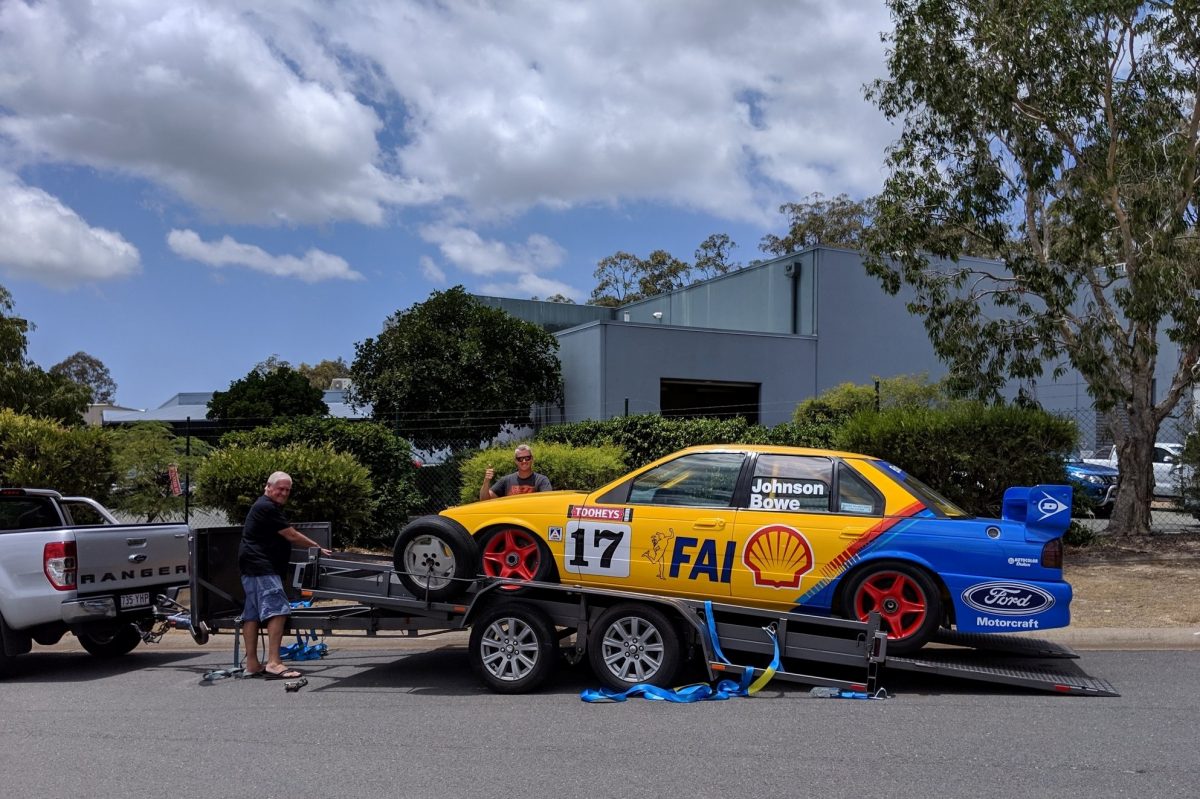 Dick and Steven Johnson load the EB onto a trailer ahead of its restoration pic: Ryan Story Twitter

The Dick Johnson Racing EB Falcon which was crashed in the 1993 Bathurst 1000 has left Stapylton for the Team Johnson facility where it will be restored.

As reported by Speedcafe.com last month, Steven Johnson has taken up the task of restoring the chassis, which has not been raced since the incident, on behalf of an enthusiast.

A tweet from Shell V-Power Racing managing director Ryan Story confirms that it is now on the move from its previous home, the museum section of DJR Team Penske’s workshop, from which it will head to the new base Team Johnson moved into late last year.

“(It’s) A really good customer project for us to do (and) exciting,” Steven Johnson told Speedcafe.com last year.

“That’s going to bring us towards expanding the team a little more and also make sure that we can then start running TCM cars.”

The new owner intends to race the car, most likely in Heritage Touring Cars or the Kumho Tyre Super3 Series, 25 years on from its last competitive outing.

Steven Johnson himself may even shake the car down when it is handed over.

His father Dick was the last man to race it, when he was collected by a backmarker at Reid Park during the 1993 Bathurst 1000 and cannoned into the wall.

Dick Johnson and John Bowe went on to win The Great Race the next year in another EB Falcon.

The 1993 EB is not the only project which Team Johnson has on the go, as it builds up an XD Falcon for Steven Johnson to race in this year’s Touring Car Masters series.

The team is also investigating expansion into other series, including Dunlop Super2.

Farewell to an old friend… Soon to be restored by Team Johnson! #vasc #ebfalcon #nottheactual94car pic.twitter.com/rUCODIIpIS