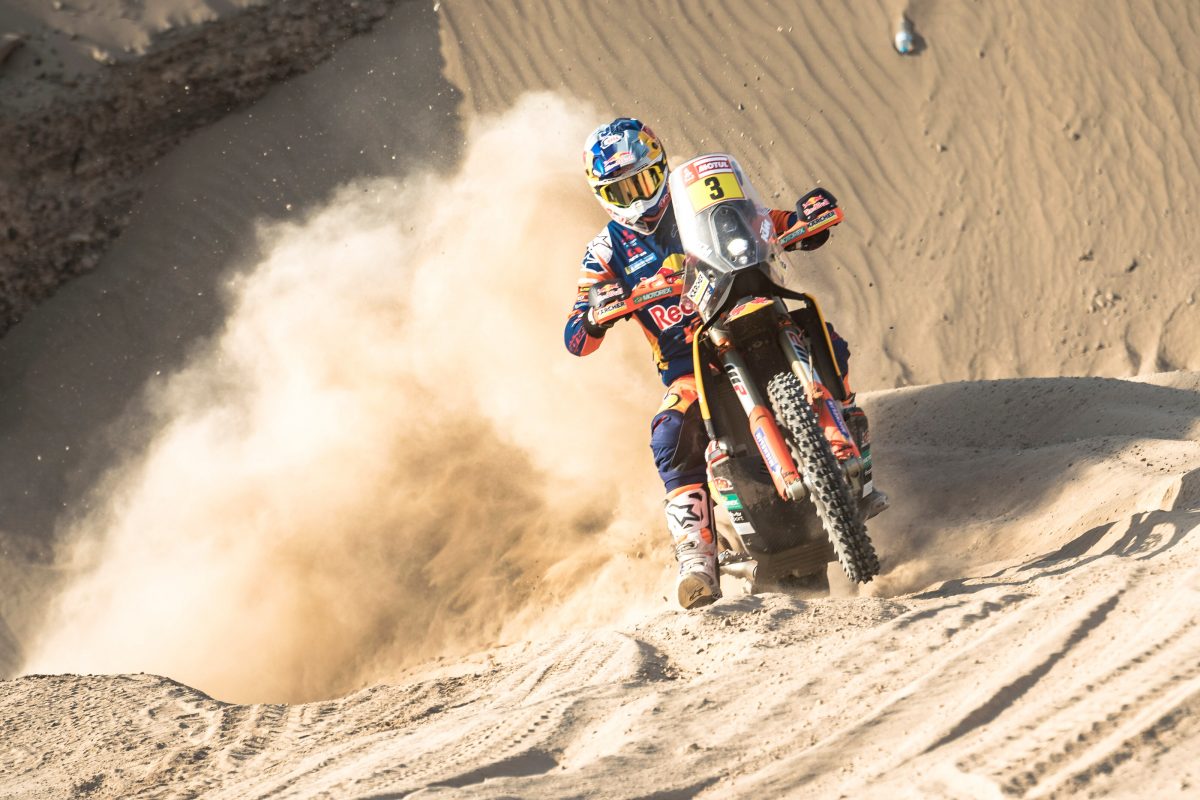 Toby Price remains third overall in the 2019 Dakar Rally but lost another three minutes to the lead on Stage 7.

The KTM rider is now 8:28s off top spot, which has been reclaimed by Ricky Brabec, after setting the eighth-fastest time in the 387km loop (323km timed) from and to San Juan de Marcona.

Still in pain from his broken scaphoid, Price is determined to make the finish and, given events of recent days, remains in the hunt for a second Dakar crown.

“The day has gone well,” wrote Price on social media.

“It ended up with a lot of us riding in a group today. We did get lost at one point and lose a few minutes but all-in-all things are going ok.

“Obviously, my wrist is still giving me some pain, but we’re past the point of no return now – there’s no stopping.

“I’m still sitting in third overall with just a few stages left so I’ll continue taking each day as it comes and keep on fighting.”

Rookies Ben Young (KTM) and James Ferguson (KTM) dropped positions on the fourth-last day of the event, to 63rd and 81st respectively.

There are now 93 competitors left in the Bikes division.

A 15th competitor did make the finish of Stage 6 late in the day, and all completed Stage 7.