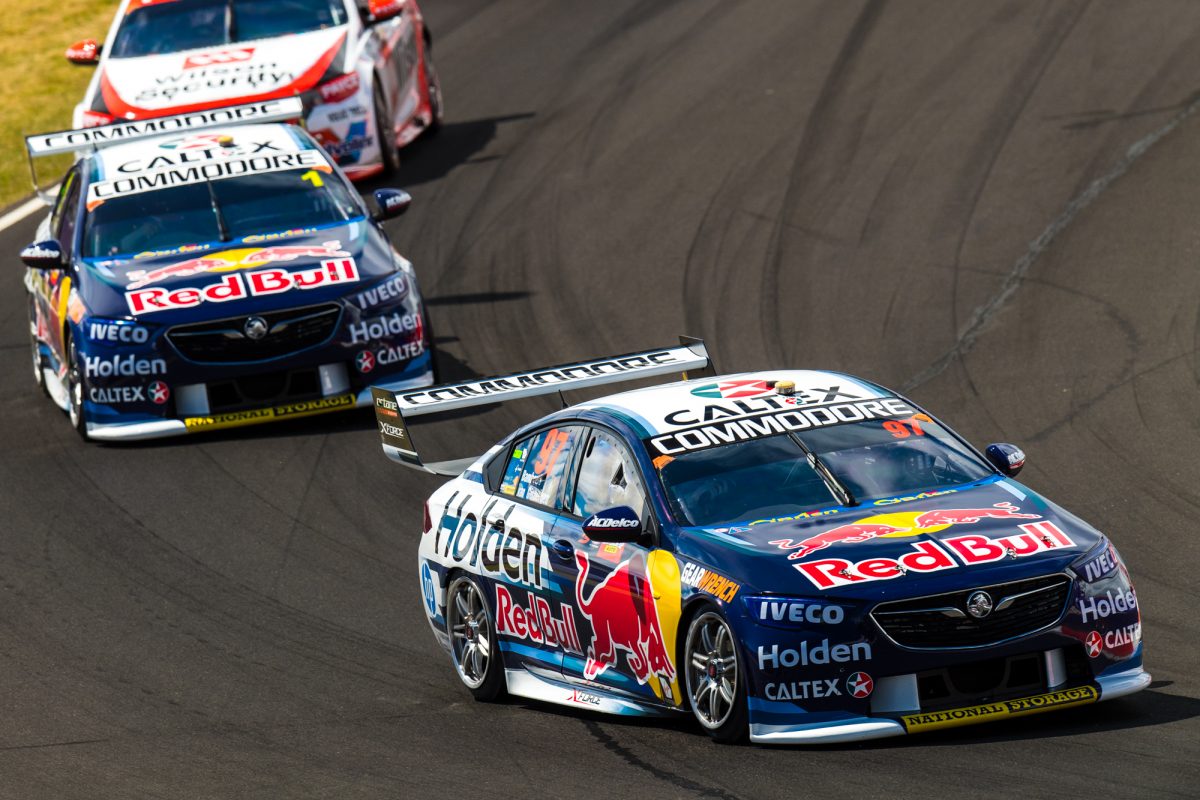 The addition of Garth Tander to Triple Eight’s co-driver ranks makes for a hugely powerful line-up for the Pirtek Enduro Cup, but which of its combinations is the strongest?

Tander was snapped up by team boss Roland Dane to drive with Shane van Gisbergen in the sister car in the days following his shock exit from Garry Rogers Motorsport.

Either entry is arguably stronger on paper than any other which has been seen since Supercars first prohibited full-time drivers from sharing a car in 2010.

The most obvious rebuttal to such a claim would be the Lowndes/Mark Skaife duo of 2010, which led Whincup/Steve Owen to the last Bathurst one-two.

On that occasion, however, Skaife was in his second year as a part-timer, while Lowndes and Tander are both fresh off full seasons in the Virgin Australia Supercars Championship.

Lowndes, in his swansong year, won the Bathurst 1000 and Pirtek Enduro Cup with Steven Richards and was part of Triple Eight’s Sandown podium sweep.

Tander had a less successful year but finished on something of a high with an eighth in the final race of the season in Newcastle, having started fourth after an impressive Armor All Top 10 Shootout lap.

In what is set to be the #888 entry, Lowndes’ seven wins in The Great Race are bettered only by his mentor Peter Brock, while his 14 podiums are a record.

Whincup has four victories, comprised of the three-peat from 2006 to 2008 and another with Paul Dumbrell in 2012.

Tander has three, in 2000 with Jason Bargwanna at GRM, and at the then-Holden Racing Team in 2009 with Will Davison and 2011 with Nick Percat.

Van Gisbergen is the odd man out with near misses in 2014 and 2017, and finished runner-up to Will Davison in the closest competitive finish in history in 2016.

He does, however, have a Bathurst 12 Hour to his name, as does Whincup, while Lowndes has two.

Lowndes and Tander are generally regarded as far better racers than qualifiers, at least in recent years, meaning that their relative weaknesses are nullified in their new roles.

Lowndes’ aptitude on Sundays at Mount Panorama has been demonstrated time and again by how strongly he has come home in the years when his car has been stacked behind Whincup’s in the pits.

Tander has also put on some memorable displays, highlighted by his gritty effort in 2011 to hang on when Lowndes closed in on the wounded #2 Commodore, and a bold drive to the podium in 2015.

Their recent experience could also be crucial given that Sandown is no longer scheduled in such a way that teams can ease their way into the big one.

Whincup has seemingly been cursed ever since his last Bathurst 1000 win but is always in contention, while van Gisbergen was officially the fastest driver to ever lap Mount Panorama until last November, when he was beaten by an Audi running free of Balance of Performance restrictions.

Both Whincup/Lowndes and van Gisbergen/Tander are red-hot pairings, but which is the best?

Cast your vote in this week’s PIRTEK Poll.