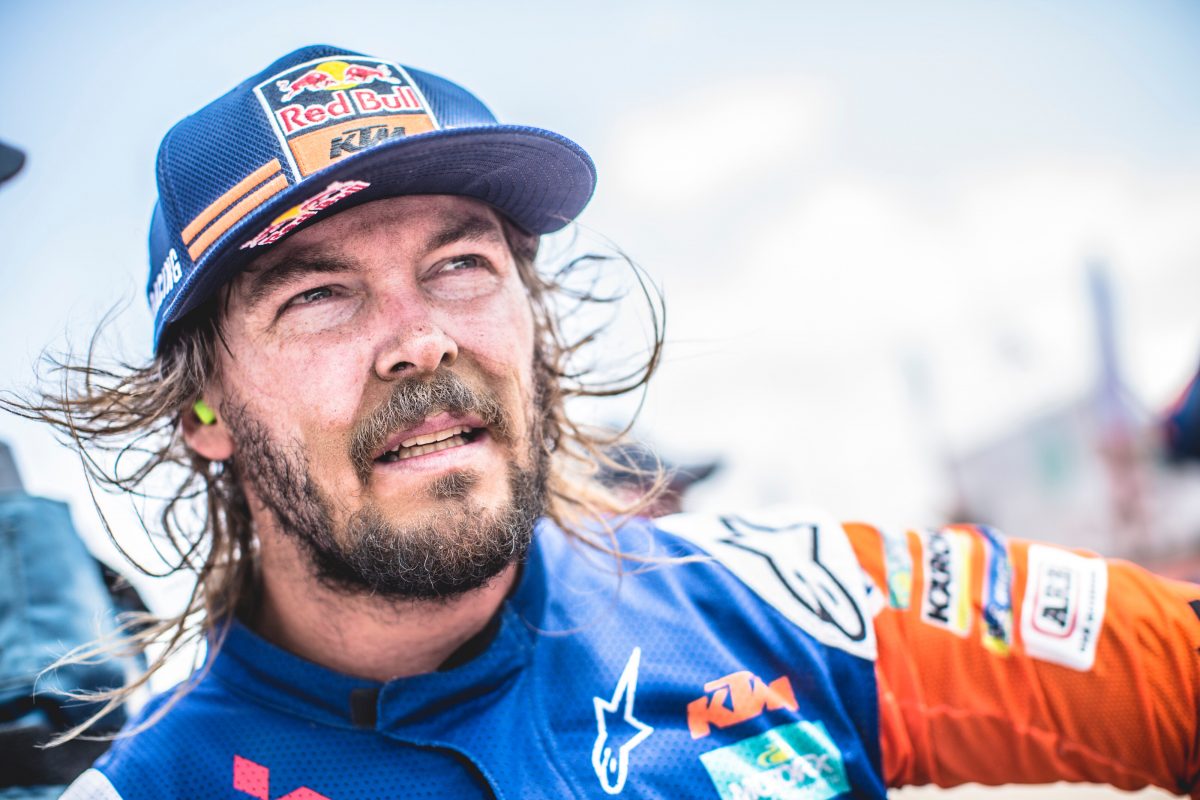 Toby Price appears to be fighting a losing battle with his fractured wrist as the second half of the Dakar Rally kicked off.

The 2016 champion moved up one position to third in the general classification on Stage 6, but largely due to a big time loss for KTM team-mate Sam Sunderland.

Price is now 5:17s behind new leader Pablo Quintanilla, having been 3:21s off the top of the general classification before the rest day, and appears to be badly struggling physically.

“It’s getting worse,” he lamented.

“I don’t know how much longer we’ll be able to keep going but the last 300km there was a little but hard for us.

“We just tried to keep pace and do what we could but we’re starting to fade a bit now so we’ll see, we’ll see what happens.

“We just have the doctor here with us and checked over everything and made sure the movement was good but we’re still in a lot of pain.

“It’s not going to go anywhere and we’ve got four more days to go.”

The Holden ute team of Steve Riley and Trevor Hanks is now completely out of the running due to an accident on Stage 6 which saw the former receiving medical checks.

Hanks has been airlifted to Lima as a precautionary measure after a heavy impact on a sand dune.

The car had rejoined under the half marathon provisions for first week withdrawals but did not make it to the first waypoint.

John Maragozidis (Yamaha) is now 13th, less than five minutes behind Bolivian Leonardo Martinez, with 14 entrants left in the running.