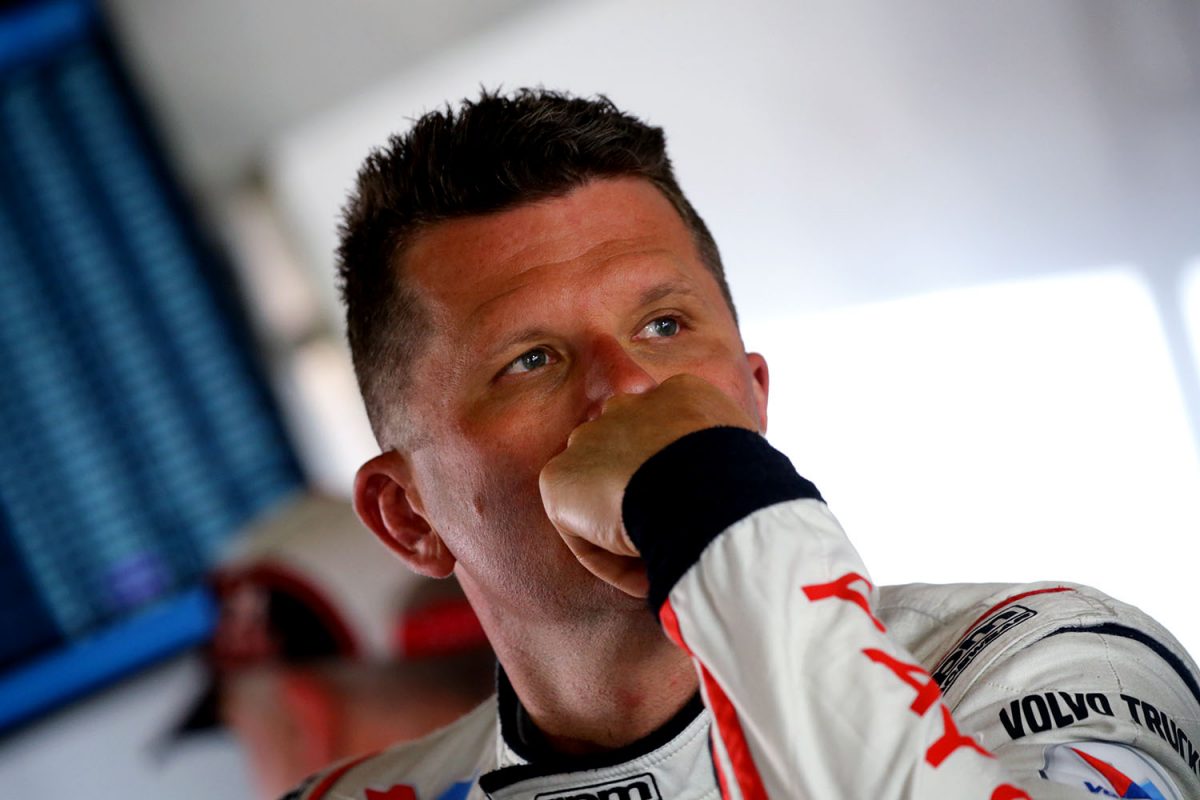 Garth Tander is still considering his complete future but has cut ties with Garry Rogers Motorsport and given up on returning to full-time Supercars racing.

Tander’s future has been a hot topic this week after the shock announcement that his seat at GRM has been taken by Richie Stanaway in conjunction with the signing of Boost Mobile as the team’s new major sponsor.

While Triple Eight Race Engineering moved quickly to snap up the three-time Supercheap Auto Bathurst 1000 winner for the Pirtek Enduro Cup, Tander currently only has a Bathurst 12 Hour drive also locked in for 2019.

The 41-year-old revealed last year that a team manager role at GRM was on the horizon, a plan confirmed by Garry Rogers himself when Tander’s exit was made public.

That plan has now been shelved.

“At the end of the day, the landscape’s clearly changed with their change of commercial arrangements,” Tander told Speedcafe.com.

“Once Garry presented to me the news that there was a change of sponsor and along with that sponsor came a driver and that I’d be no longer driving full-time, I just needed to take a few days to take a deep breath and assess what all that meant.

“In that time, both myself and Garry came to a mutual agreement that we’d just end the relationships that we had and look forward to new opportunities.”

The 2007 Supercars champion was offered the chance to stay with GRM in a co-driver role.

He was also presented with drives in the new S5000 or TCR Australia series, the former of which has engaged GRM to build cars, but turned each of those down.

“In the meeting, when they told me, they ran through a lot of options right after letting me know that I’d no longer be driving full-time,” recounted Tander.

“Part of that is that they’re talking about buying a TCR car, they’re doing S5000, they talked about co-driving and all the rest of it, but my head was spinning at that stage and I really needed to sit down and go and think about what was going to be best for me and my situation going forward.

“Like I said, both Garry and I agreed that we’d end the contract and the relationship amicably now.”

Tander only learned his fate earlier this month, having left for his off-season break convinced that he had a drive at GRM in 2019.

After his whirlwind start to the year, he is still yet to fill in what his future looks like aside from co-driving with Shane van Gisbergen in the #97 Red Bull Holden Racing Team car.

“To be honest, given what transpired over the last week, I genuinely haven’t had time to sit and think about what that might be,” explained Tander.

“Obviously everything’s been fast-tracked and the timeframes have all been changed on me.

“Look, I’ve got the 12 Hour coming up at the end of the month; certainly that’s the focus right now, to go and do as best job as we can with Audi Sport Team Valvoline, sharing the car with Kelvin (van der Linde) and Frédéric (Vervisch) again.

“We were super strong last year so I feel like there’s a bit of unfinished business and we can go there and have another crack at that.

“After the 12 Hour, we’ll sit down and have a good think about what other opportunities are around, and what we do going forward.”

He has, however, all but ruled out seeking out a return to full-time driving.

Tander’s deal with Triple Eight is for two years, while commercial considerations similar to those which played out at GRM have had a significant influence across the driver market.

“I think this is it,” he declared.

“I’d pretty much come to the realisation that ’19 was going to be my last full-time year.

“I think that I didn’t even think about exploring what other opportunities there were full-time this year and realistically I don’t think that I will be doing that next year.

“It’s an expensive sport, people need sponsors, and you see there’s been plenty of good calibre drivers that have had to bring money to secure their place on the grid.

“Unfortunately, given the timing of how it all played for me, I was never given that opportunity, so I think now it’s time to move on.

“I still love driving the cars, I love the competition, but it is what it is.” 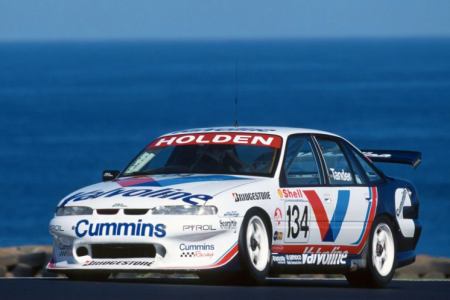 Tander’s Supercars career has now well and truly come full circle, having been handed his debut by Garry Rogers in 1998 before returning to the fold in 2017 after 12 years away.

The man who helped deliver GRM’s only Bathurst 1000 win to date, as well as one of the two Bathurst 24 Hour victories for its Monaro program, was magnanimous about his axing even if disappointed by the timing.

“I fully understand the commercial aspect of where GRM is at and the decision that they had to make, and it’s a cut-throat business and I get all that,” reasoned Tander.

“But being given all the assurances in the world that you’d be driving, you go away on holidays and come back and all that’s changed while you’ve been away, it’s obviously frustrating.

“That’s nothing that I could change, all I can do is look forward to the opportunities and obviously with (the Triple Eight) announcement, there’s some exciting stuff starting to happen.”

Tander nominated the 24 Hours of Spa as a race he would “really love” to tackle, as will as other blue riband overseas events.

Of his past as a full-time Supercars driver, he identified his incident with Fabian Coulthard at the Gold Coast in 2016, when nose-to-rear contact saw the Kiwi’s DJR Team Penske Falcon clout the wall at massive speed, as perhaps his main regret.

“Look, you race hard and fast for 20-odd years against a raft of people and there’s always going to be stuff that you look back at and go, ‘I wish I had my time over with that,’ so I think everyone will have those in their career,” reflected Tander.

“I guess the most public one and the most recent one is the Gold Coast, 2016 incident with Fabian.

Despite the three Bathurst 1000s and 2007 championship, he considers his career of just over two decades as a broad highlight.

“For me, as a young kid growing up racing go-karts and Formula Ford in WA, to having a professional career in Supercars seemed so far away from reality,” said Tander.

“The fact that I was even able to carve out a career for more than five seconds in Supercars is a highlight.

“I’ve been really fortunate to have been involved in the sport through an incredible growth period.

“When I started in ’98 to where the sport is now at the end of 2018, to be part of that has been really, really amazing.

“I’ve been fortunate enough to race against some fantastic icons of the sport, so the Bathurst wins and the championship wins, yes they’re very, very nice, but I think being part of the whole scenario has been for me a highlight.” 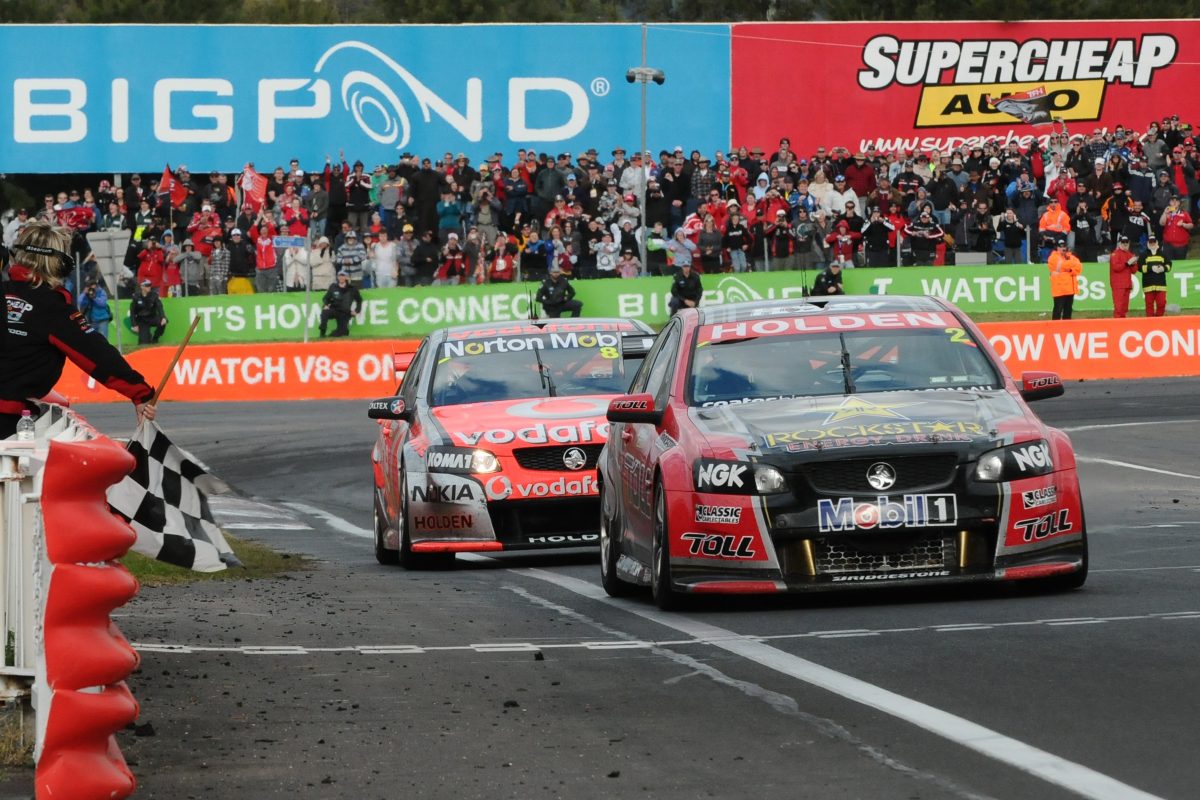