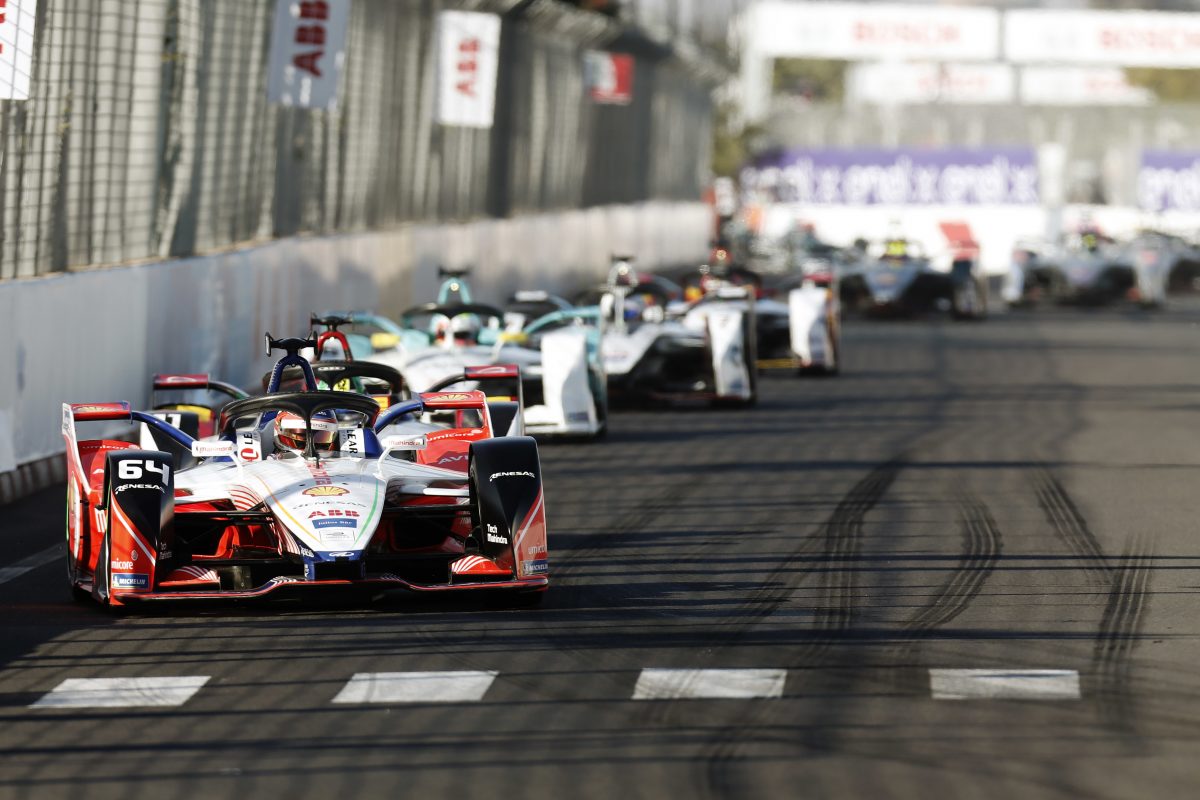 Jerome d’Ambrosio has won the Marrakech Formula E race after BMW Andretti threw away a one-two with an intra-team crash.

Antonio Felix da Costa and Alexander Sims held a comfortable margin over the field before their coming together and while d’Ambrosio ended up in the box seat, he still had a task to hold off Robin Frijns and take victory.

Sims had dived to the outside of his team-mate at Turn 7 and they made side-to-side contact which saw da Costa run headlong into the tyre wall.

D’Ambrosio inherited the lead from Frijns and Sam Bird, while Sims scampered away from the scene in fourth.

The resulting Safety Car left one lap of racing before the chequered flag, at which time d’Ambrosio came under major pressure from Frijns.

The Mahindra driver pinched the right-front going into the final corner of the race but held on to win by 0.143s, with Bird and Sims within a second in third and fourth positions respectively.

Bird had qualified on pole in a Virgin car damaged by a pit lane shunt.

Tom Dillman (NIO) had hit Frijns, who in turn nosed into his team-mate, but Bird pipped Jean-Eric Vergne to top spot with a bruised diffuser.

He converted that into the early lead but slid down the order during the middle portion of the race, before profiting from the da Costa-Sims incident.

D’Ambrosio had put himself into a position to take the win having driven from 10th on the grid to third, five of those spots he made up in a dramatic opening lap.

A touch between Bird and Vergne at the first corner saw the #25 Techeetah spin but the Frenchman mounted a huge recovery drive to finish fifth.

The incident forced others to take evasive action, including Mitch Evans (Jaguar), who started fifth but found himself 13th at the end of Lap 1 and went on to take ninth.

Felipe Massa (Venturi) was the last finisher in 18th, da Costa a DNF, and Pascal Wehrlein (Mahindra) also a non-finisher on debut after contact at the first corner.

D’Ambrosio leaves with the championship lead, ahead of Race 1 winner da Costa and defending champion Vergne in a tie for second.

A rookie test will take place in the Moroccan city the day after the race, before the next event in Santiago on January 26.