Sunderland closes in on Dakar lead

Sunderland closes in on Dakar lead 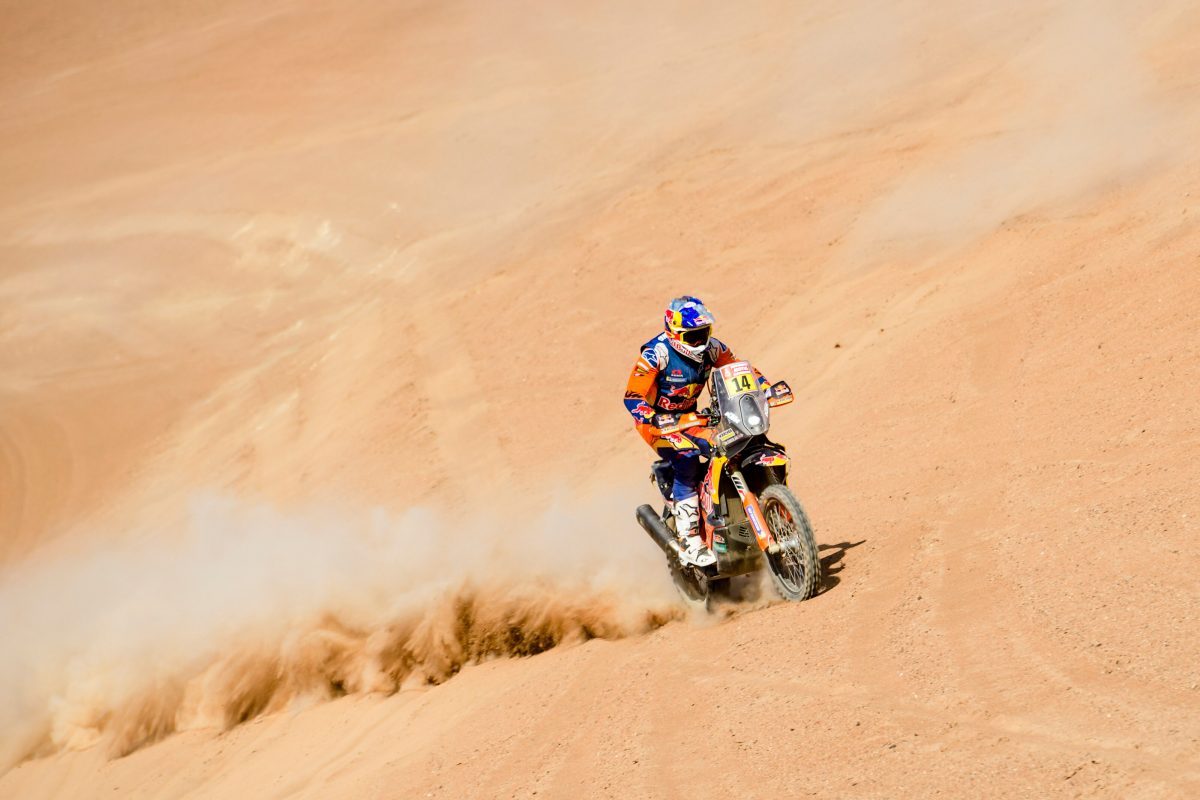 Sam Sunderland has closed in on the lead of the Dakar Rally by winning Stage 5 but the battle remains finely poised.

Stage 4 winner Ricky Brabec continues to set the overall pace but less than four minutes cover the top four of he, Sunderland, Pablo Quintanilla, and Toby Price, while defending champion Matthias Walkner is a bit over six minutes behind in sixth.

The return from Moquegua to Arequipa was a similarly close affair with the top 14 spread by less than 10 minutes.

Xavier de Soultrait (Yamaha, French) had initially been credited with the win but 2017 champion Sunderland (British) had stopped to assist Paulo Goncalves, who had crashed and injured himself.

When Sunderland was compensated for his time loss, the KTM rider jumped from 14th to a stage win of 3:23s and now trails Brabec by 59 seconds in the general classification.

Quintanilla was fastest to almost every waypoint, including the last before the finish, but lost time near the end and ended up 13th for the day once Sunderland’s position had been adjusted.

Such was the closeness of Stage 5, the Husqvarna rider had also dropped to eighth when he was 59 seconds off the lead at Waypoint 4.

De Soultrait, on the other hand, finished strongly, as did Walkner, who was third for the stage ahead of factory Sherco rider Lorenzo Santolino (Spanish).

Price (KTM) was ninth-fastest back to Arequipa and Brabec (Honda, American) 11th.

Saturday is a rest day before competition resumes with Stage 6 from Arequipa to San Juan de Marcona, featuring over 300km of special stage and over 500km of liaison for all divisions, on January 13 (local time).