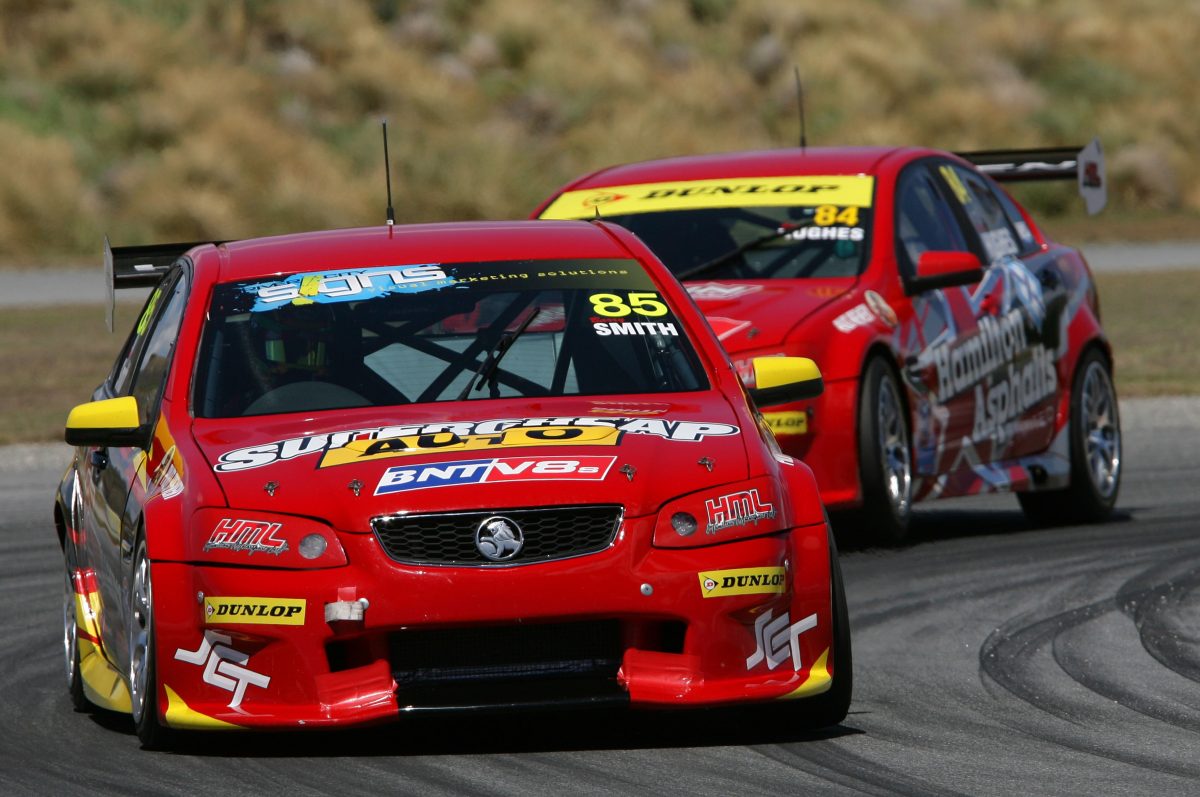 Jack Smith has cruised to a big win in the opening race of Round 3 of the BNT V8s at Highlands Motorsport Park.

Smith qualified on pole for the 12-lap affair and went virtually unchallenged, while Brenton Grove had to work harder to prevail over Nick Ross in the battle for the minors.

It was the only two race winners to date, Smith and Ross, who squared off from the front row and the former led the field away in the #85 Hamilton Motorsports Commodore.

While Smith disappeared, Grove was soon on the rear of Ross’ #007 Concept Motorsport Altima, having picked off team-mate Chelsea Herbert just before the end of the first lap.

Grove did well to hang on to the #10 Richards Team Motorsport Camry when it cranked sideways as he tried to pass Ross at The Carousel as the race reached its halfway point.

He found success next time around but by then Smith was already 10 seconds up the road and in fact continued to build his lead until they reached the chequered flag.

Lance Hughes had been running third when he spun at the esses on Lap 2, possibly as a result of contact with Grove.

He also brought the #84 Hamilton Motorsports Commodore into the pits for some attention later in the race before finishing eighth.

“We got a good jump off the start which we don’t often do compared to Nick which helped our cause a lot, and I think we had a bit more pace over him,” said Smith.

“It looks like Brenton and Nick were having bit of a battle behind me, which allowed me to get out to a comfortable lead.

“The car is good, and I’m really enjoying the circuit, it’s a great way to start the weekend.

“When the car is good, and it gives you more confidence. Will look to continue the same way tomorrow.”