The crashed car in the National Motor Racing Museum

Mostert suffered a broken leg and fractured wrist in the horror crash coming down the mountain during qualifying, while three marshals also incurred minor injuries when the Ford wiped out their post above Forrest’s Elbow.

The chassis itself never saw a race again but was kept at Tickford Racing’s Campbellfield workshop.

It is now back in the public eye at what is expected to become its permanent home on the outside of Murray’s Corner at Mount Panorama. “My understanding is that there was somebody in the team who didn’t want to get rid of it so the thing had been sitting around at the back of the workshop for ages,” explained Owen.

“Aaron Noonan had been talking to the team and had seen it ages ago when he was visiting and asked what they were doing. He sort of said ‘You should do something with it’.

“It was a long and convoluted process.

“We had a chat with Tim Edwards when he was up at the mountain in October and sort of talked about being a good home for it and they’ve allowed us to have it, basically, and it’ll be on display at the museum now.

“We haven’t quite formalised it yet but it will be donated to the museum in due course; we’ve just got to get the paperwork organised.”

Mostert won five races in the car and also the Armor All Pole Champion title for the season with 10 poles, despite missing the final 12 races of the year, as well as topping the shootout at the official pre-season Sydney SuperTest.

He was second to eventual champion Mark Winterbottom in the standings at the time of the crash.

FPR 1218’s arrival at the museum comes in the same week that Mostert’s 2014 Bathurst 1000-winning FG Falcon was put on display at Tickford Racing after restoration. 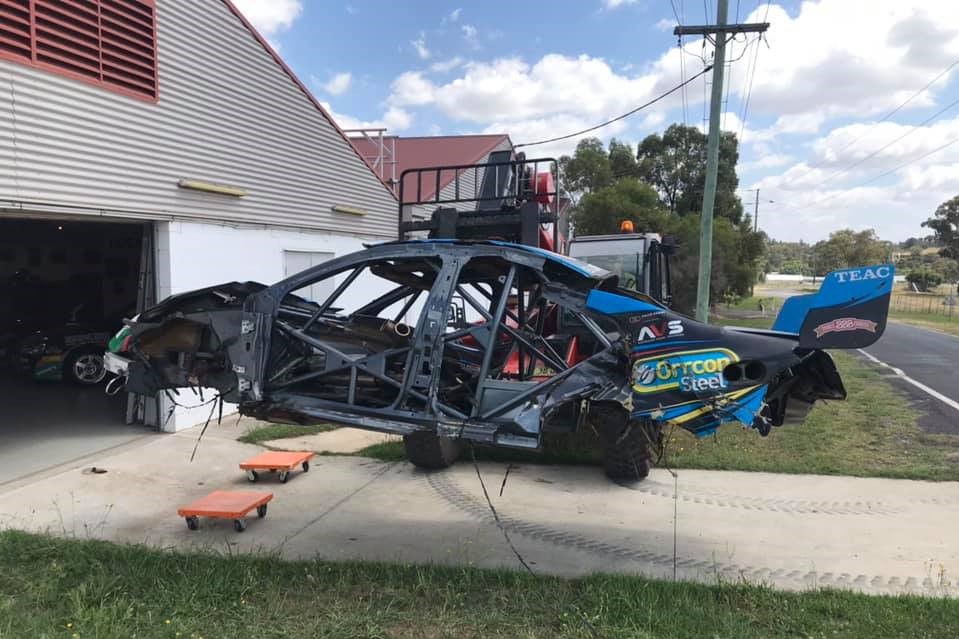