Retro liveries for Briscoe/Dixon at Daytona

Retro liveries for Briscoe/Dixon at Daytona 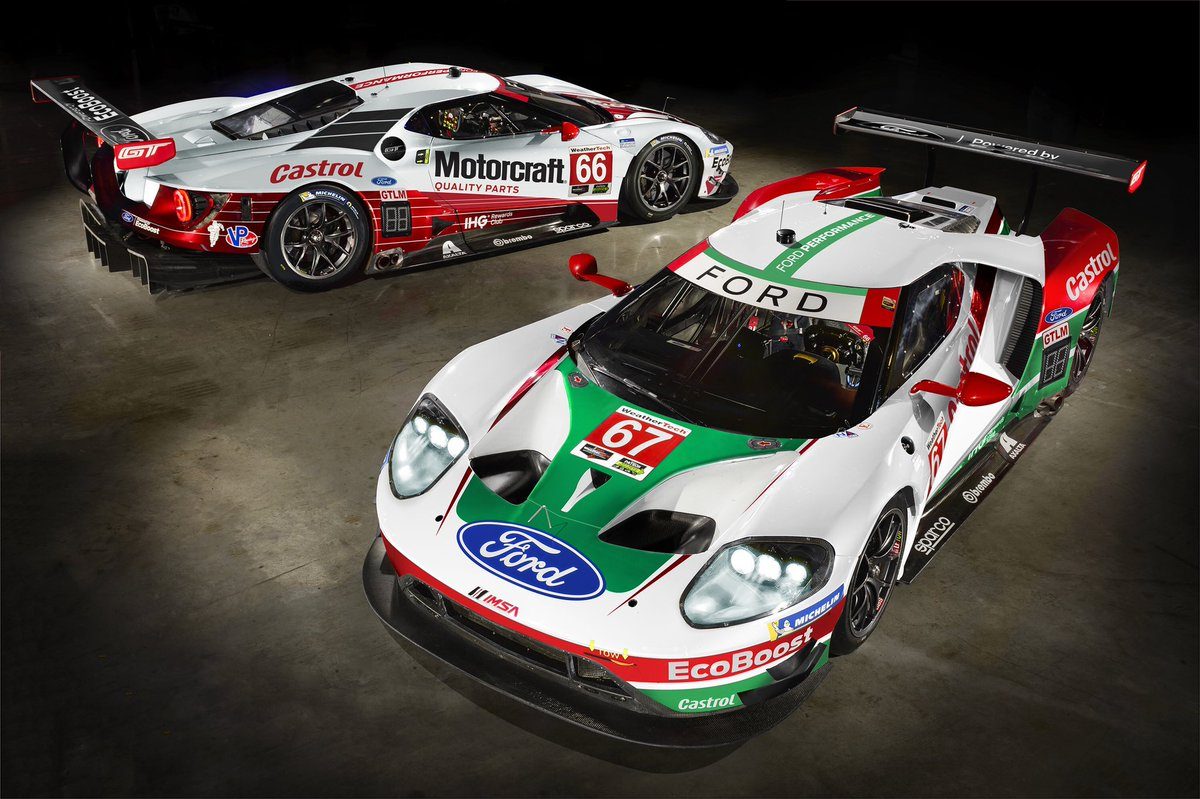 Ford has unveiled retro liveries for factory-backed Ford GTs, including that driven by Ryan Briscoe and Scott Dixon, for this month’s 24 Hours of Daytona.

Briscoe, Dixon, and Richard Westbrook, who all won the race in the GT Le Mans class last year, will have an old-fashioned Castrol livery on their #67 Ford Chip Ganassi Racing entry.

The sister #66 Ford GT of Sebastien Bourdais/Joey Hand/Dirk Muller harks back to the look of the Roush Motorcraft Ford Mustang which won the GTO class of the 1985 Daytona 24.

Rushbrook is relishing the chance to race with such a famous livery.

“I’m really excited and proud that Ford is doing something to celebrate the 50th anniversary of IMSA,” said the Briton.

“Ford and Castrol had a lot of successful history in those years, so for the two to come together and do something as eye-catching as these new liveries, I’m going to be really proud driving that car.

“I’ve seen enough footage of cars in that livery going around Daytona before the bus stop chicane was put in, which was a very iconic period of IMSA racing, so to be in an iconic car in that livery trying to defend our title will be something really special.”

Mark Rushbrook, the global director of Ford Performance Motorsports, said, “We’re excited to show off our Ford GTs in a new way, and at the same time join IMSA in celebrating its 50th anniversary.”

Acura Team Penske has also delved into the past to create the livery which its ARX-05 DPi cars will spend the season in.

The look is reminiscent of the Comptech Acuras which won three consecutive Manufacturers’ Championships in the IMSA Camel GTP Lights series from 1991 to 1993.

De Silvestro’s co-driver Ana Beatriz topped Roar Before The 24 qualifying in the GT Daytona class, Allen was second in LMP2, and Westbrook second in GTLM.

The qualifying sessions at the compulsory pre-race test are used to allocate garage and pit bay choices.