Holden ute out of Dakar due to transmission problem

Holden ute out of Dakar due to transmission problem 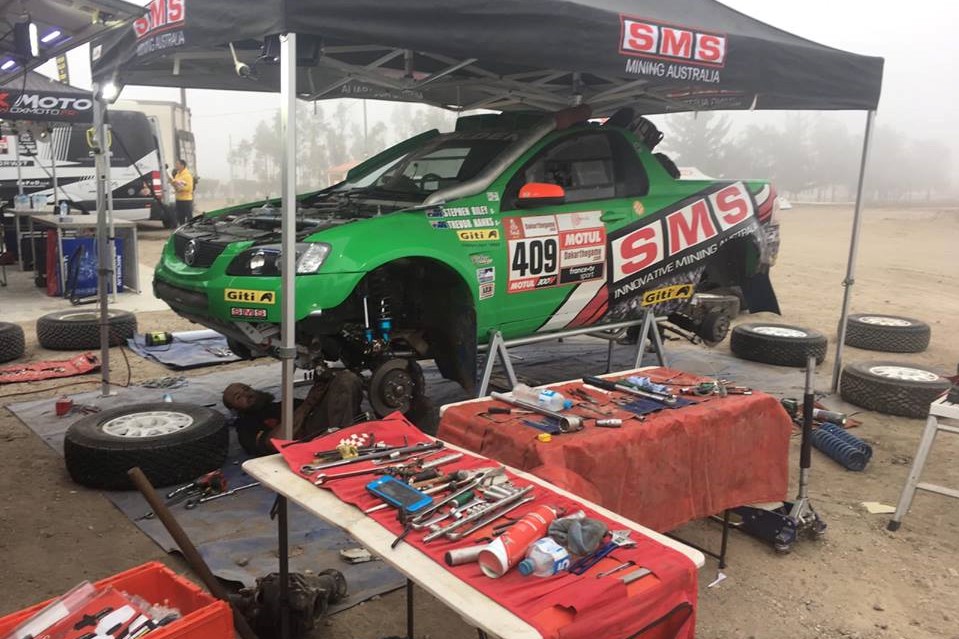 The Holden at the bivouac before leaving for Stage 4 pic: Team Facebook page

A transmission-related problem has seen the Holden ute of Steve Riley and Trevor Hanks fall out of the running of the Dakar Rally.

The unique homegrown utility has been added to the withdrawal list after it failed to make the end of the first of the event’s marathon stages, from Arequipa to Tacna.

Their #409 entry was one of nine Cars added to the withdrawal list on the fourth day of competitive running.

Riley and co-driver Hanks were around 80km into the 405km special stage when they were stopped a “gremlin in transmission/transfer case/clutch” which required them to be towed back to the start of the stage, according to the team’s Facebook page.

The crew had already reported working throughout the night to change the clutch and diff after a troublesome Stage 3 which took over seven-and-a-half hours to complete the special.

It is not known if the problem on Stage 4 was related to the issues of a day prior.

Under new-for-2019 ‘half marathon’ provisions, Cars, Trucks, and SxS vehicles which fail to make the end of a stage in the first week of a race may rejoin in a separate classification after the rest day.

At this stage, the SMS Mining Services-backed squad is not sure if it will be able to continue.