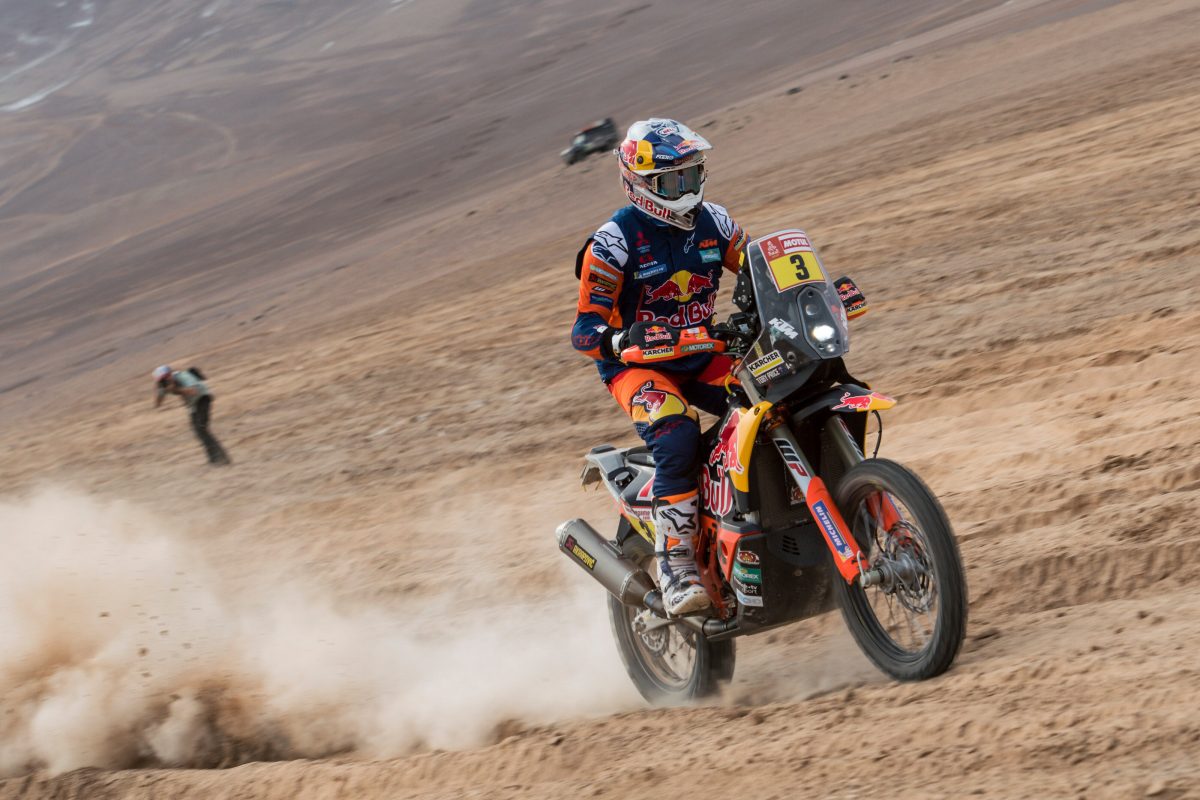 Toby Price has improved his position in the 2019 Dakar Rally despite suffering through the first marathon stage with his broken wrist.

The 2016 champion was third-fastest to every waypoint on his KTM between Arequipa and Moquegua, climbing two positions to third in the general classification.

More importantly, his performance combined with a huge loss of time for previous leader Pablo Quintanilla means that the Australian has gone from over 15 minutes off the lead to 4:22s behind new frontrunner Ricky Brabec.

The ‘marathon stage’ concept sees competitors unable to receive assistance except from each other, and spanned over 400km of special stage running in Stage 4.

Price, however, experienced discomfort in his wrist due to the rocky terrain.

“It was a long stage and a lot of it was made up of rocky tracks and rivers, they are the worst for my wrist,” he wrote on social media.

“I did have one get-off along the way but luckily not too bad!”

The two remaining Australians in the Bikes, Ben Young (KTM) and James Ferguson (KTM), are 72nd and 101st respectively.

Yamaha factory rider Rodney Faggotter went out in Stage 3 due to a technical problem.

Updated: The Holden ute of Steve Riley/Trevor Hanks has been withdrawn from the event.

John Maragozidis (Yamaha) is currently 18th in the Quads, having finished Stage 4 in 20th position in the general classification.