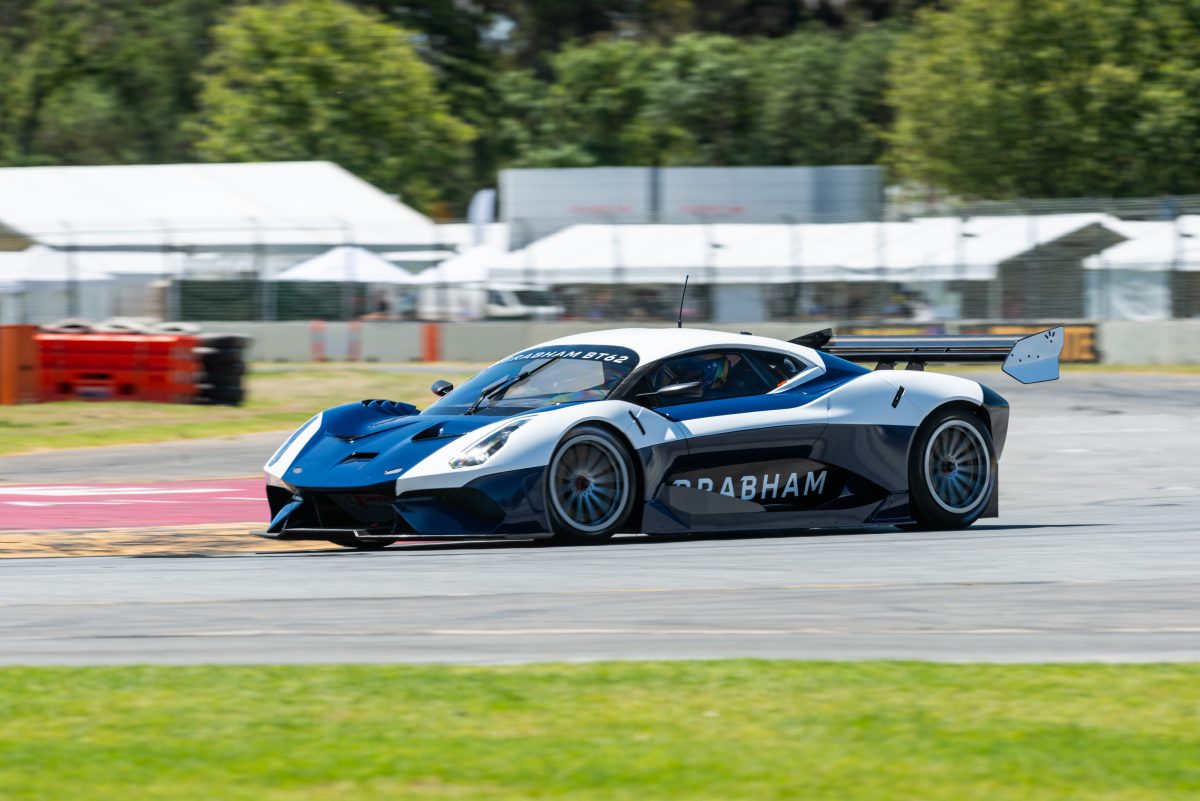 The Brabham Automotive BT62 will appear at the 2019 Superloop Adelaide 500 when David Brabham performs demonstration runs in the car.

Brabham, who has two Formula 1 starts to his name in the South Australian capital (1990, 1994) will pilot the Adelaide-built sportscar on each day of the opening event of the Virgin Australia Supercars Championship (February 28-March 3).

Between its on-track outings, the BT62 will be housed in the General Admission Precinct of the circuit alongside several other historic Brabham race cars.

“To drive the BT62 around the Superloop Adelaide 500 street circuit will be a fitting tribute to my father as we celebrate the 60th anniversary of his first Formula 1 World Championship in 1959, and what Brabham Automotive stands for,” said David Brabham.

“Alongside our family ties to Australia, the region of South Australia holds a rich automotive heritage as well as hosting one of the most popular motorsport events in Australia.”

“We want to recognise the legacy of the Brabham family and there is nothing more fitting than to host the BT62, a great South Australian manufacturing story, at the premier motorsport event in its home town.”

The BT62 was also run in last month’s Adelaide Motorsport Festival, which takes place on a section of the Adelaide Parklands Circuit.

The news comes off the back of Brabham Automotive’s announcement that it plans to enter the 2021/22 World Endurance Championship with a race car version of the BT62.