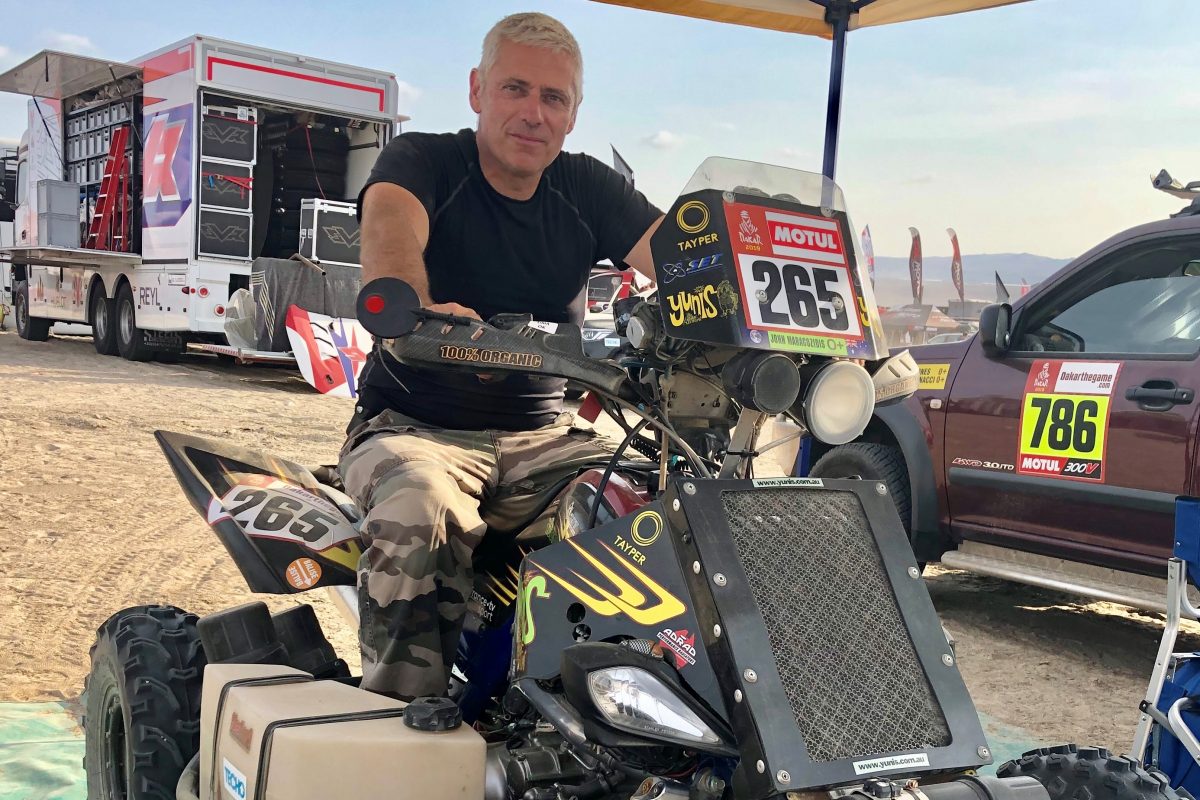 It has been a case of second time lucky for South Australian quad bike rider John Maragozidis at this year’s Dakar Rally in Peru.

The Adelaide-based organic almond producer was booked to make his debut in one of the world’s toughest events last year, but an injury forced a last minute withdrawal.

With non-refundable plane tickets, Maragozidis packed his bags and flew to Peru anyway and followed the event until the midway point in an effort to get some idea of what he was in for.

Despite his ‘preview’, he admits that noting that can fully prepare one for a first Dakar event.

“I have never navigated before with waypoints and compass settings and I did not get the chance to practice in some nice flat paddock, they threw us straight into some huge steep dunes on day one,” Maragozidis told Speedcafe.com.

“Trying to pick a line through some of the dunes has been interesting.

“I haven’t just wanted to follow because you don’t learn that way, although I did not want to fall behind either.

“It normally takes me a little while to get comfortable in sand again and I have had quite a break from it.

“I have always been a cautious rider and I am not going to change my style here. I have been happy with the progress.

“When it’s been dusty, I have slowed down to see what’s ahead before charging again.”

Maragozidis, who has three Australasian Safari titles to his name, is now 48 years of age and started quad bike riding when he was 12.

While he started competing at 27, he believes he is fitter and faster now than when he made his racing debut despite being 21 years older.

“I love this. It is something that I have been wanting to do for years and years,” he said.

“It has taken a long time to get here and I have great help from sponsors and lots of volunteers.

“Nick (Jones) and Victor (Bonacci) here driving this and turning bolts and a couple of other friends helping me with a bit of media stuff.”

The effort saw him improve three positions to 20th in the general classification, 5:45.42s behind leader Nicolas Cavigliasso.

“The desert doesn’t care who you are. The whole purpose of this is to enjoy myself,” added Maragozidis.

“I just love the natural formation of the planet. I indulge in it, in the way the wind shapes the dunes.

“I’m in love with the planet and the Dakar is a great way to explore it.

“For me, competition is not to beat everyone, it’s to compare with everyone, so I can improve myself. It’s learning from competitors.”

His love of the desert is just as well given there is still plenty more ahead of during the next eight days.