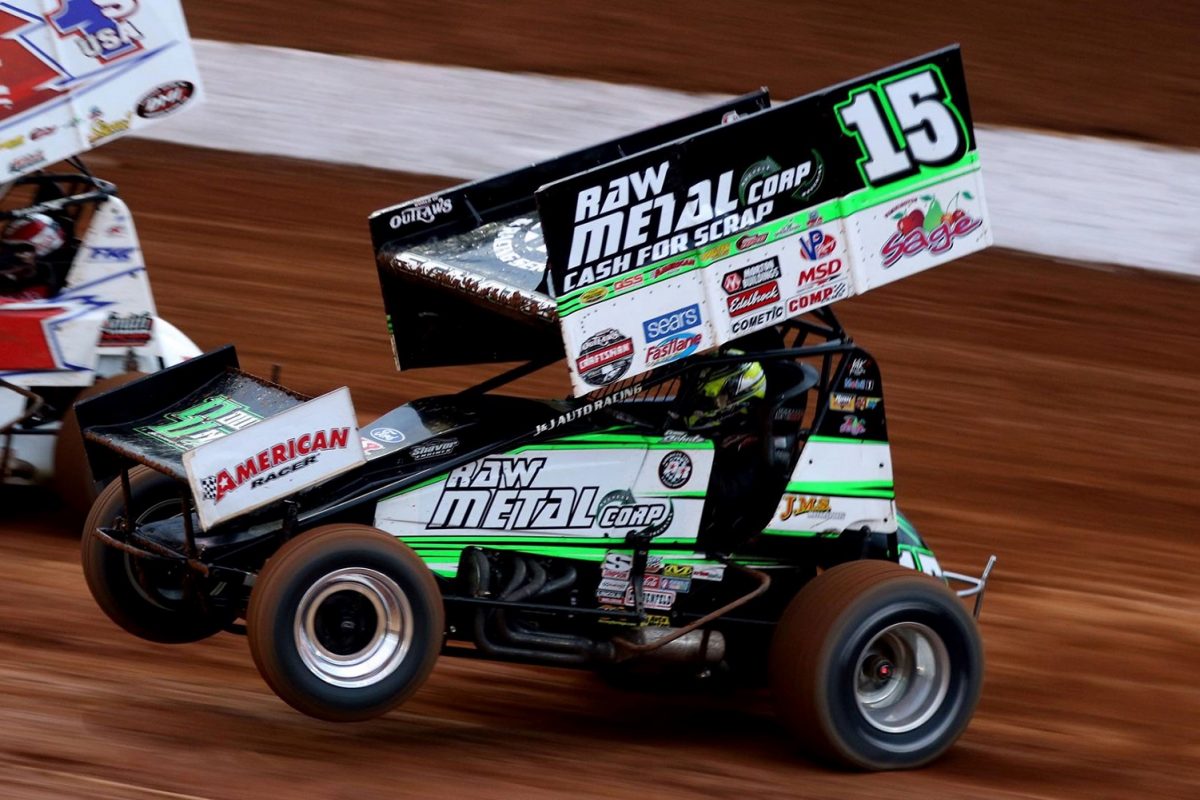 Donny Schatz has finished his Australian season with a narrow win over Jamie Veal in Round 7 of QSS World Series Sprintcars at Archerfield.

The American got the job done by less than 0.3s after he hit traffic in the final laps, while pole-sitter Luke Oldfield finished third.

Oldfield took the early lead but soon found himself in a four-way battle with Schatz, Veal, and James McFadden.

Two Cautions followed in quick succession before Veal pulled ahead, but only for four laps until Schatz made the pass.

Veal soon regained the position and it was McFadden who smacked the infield tyre bundle at Turn 3 on Lap 31, forcing him to retire.

Schatz looked comfortable out in front until he hit heavy traffic on the penultimate lap, allowing Veal to pull alongside as they exited Turn 2 on the final lap.

However, Schatz held the momentum on the high line and claimed victory on by 0.280s.

Kerry Madsen took over the series lead by finishing fourth from 10th on the grid, while Peter Lack took fifth.

Steven Lines dropping to second in the standings after drifting from eighth to 15th in the feature.

The series now moves onto its three-round Western Swing from February 16, with Attwell Park in Albany to host Round 8.