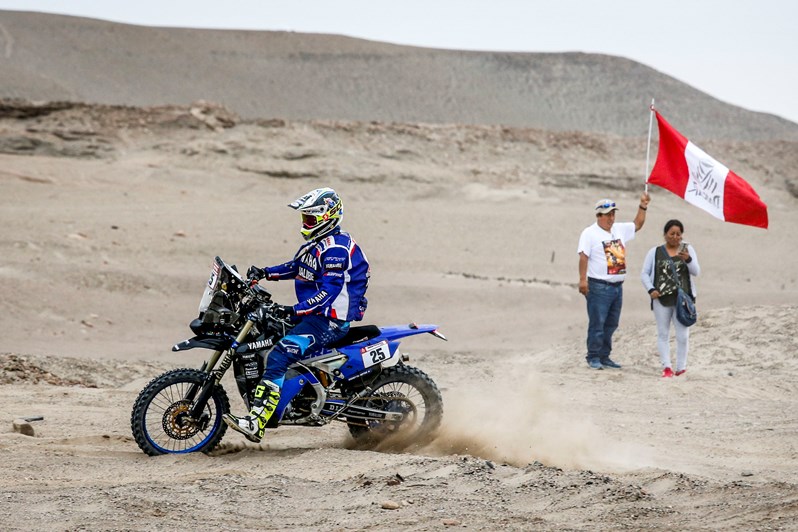 Factory Yamaha rider Rodney Faggotter is out of the 2019 Dakar Rally after a technical problem saw him fail to make the end of Stage 3 in Arequipa.

According to Yamaha Racing, “a small technical issue after the last waypoint left the experienced Aussie with no chance of finishing the stage.”

Toby Price remains fifth overall but has lost more than 10 minutes to the lead after the KTM rider was one of several to get lost.

Price was nearly 20 minutes down on stage leader and eventual winner Xavier de Soultrait at Waypoint 5 and while he made inroads on the Frenchman, he couldn’t find any more time relative to the man who now leads the event, Pablo Quintanilla.

The 2016 champion is 15:17s from the top of the general classification but less than four minutes behind second position.

Rookies Ben Young (KTM) and James Ferguson (KTM) remain in the race with both moving up the general classification to 59th and 106th respectively.

The status of the Holden ute of Steve Riley/Trevor Hanks is not currently known, with the car last making Waypoint 7 but not showing as a stage finisher at the time of writing.

Update: The car has made the finish in a time of 7:39:41s; general classification position 57th.

John Maragozidis (Yamaha) has risen to 20th on the general classification.