Spirit of Brock rides in Holden ute at Dakar

Spirit of Brock rides in Holden ute at Dakar 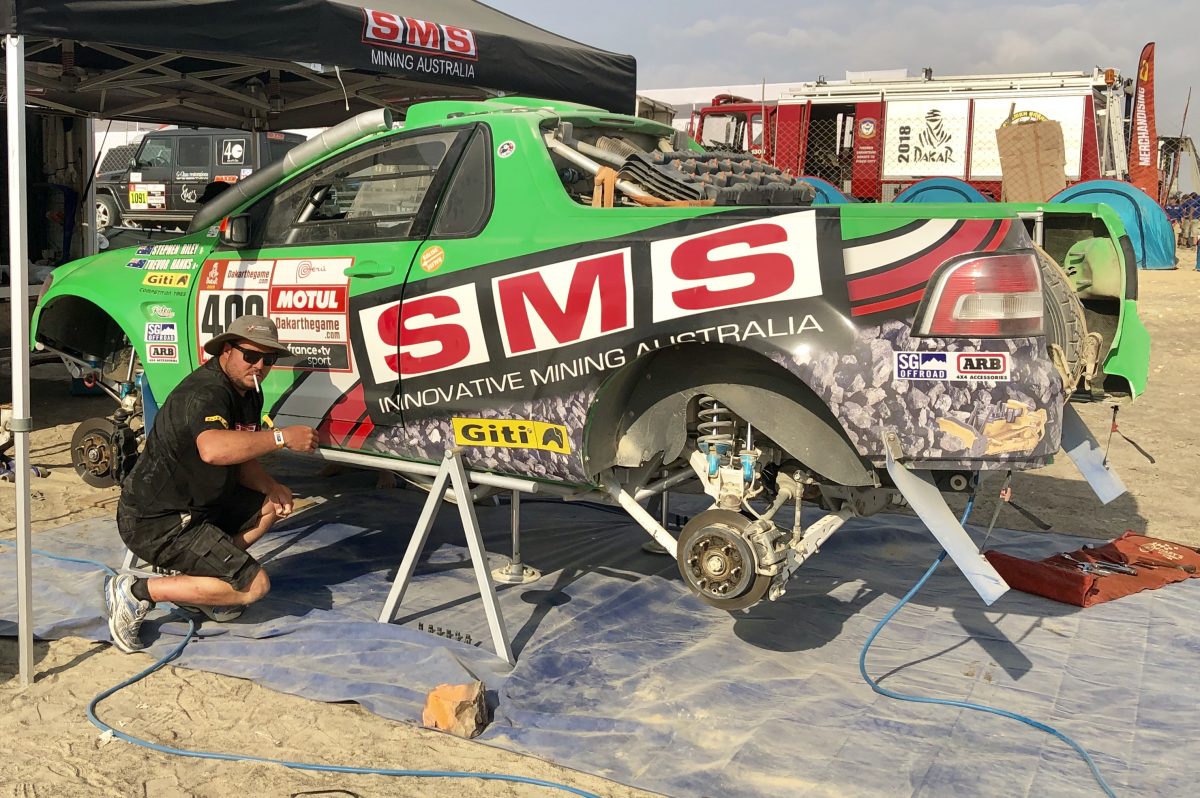 The Stephen Riley/Trevor Hanks Holden ute at a bivouac

The slogan for Holden Dealer Team Special Vehicles used to read ‘Body by Holden, Soul by Brock’ and a bit of that nostalgia came seeping back when Stephen Riley and his co-driver Trevor Hanks drove onto the start podium in their privately-built Holden Ute at the Dakar Rally in Peru.

Brock, a nine-time Bathurst 1000 winner and national hero to many, was a keen offroad competitor and confided in Riley many times his desire to take a Holden to the world’s toughest and most famous rally.

Brock was tragically killed in a tarmac rally in Western Australia in 2006, but he was forefront in the minds of the SMS Innovative Mining Australia team members when their distinct green and red ute rolled to the centre of the world’s biggest stage.

“Pete use to do a lot of the Australian Safaris. I would not say he was a personal friend or anything like that, but we competed a lot against each other,” Riley told Speedcafe.com.

“He loved competing in offroad; the Australian Safari and things like the Around Australia Reliability Trials and that stuff.

“Inherently we spent a lot of time in the middle of nowhere at checkpoints talking about different stuff like events we would like to do and Dakar was always in the conversation.

“One of his goals was to come and do Dakar at some stage. It is pretty cool to be doing exactly that in a Holden ute.”

The team admitted to being somewhat akin to deer in the headlights when they rolled out for the opening 84km competitive stage on Monday and finished the day 70th outright and 22nd in the Modified All-Terrain Petrol subclass after a missed waypoint saw them penalised.

If the opening day was tough, then the 342km of Stage 2 was potentially going to hurt a lot more, but the team survived and finished that outing 57th in Cars and 19th in subclass.

They are now 63rd in the Cars general classification and 20th in their subclass. 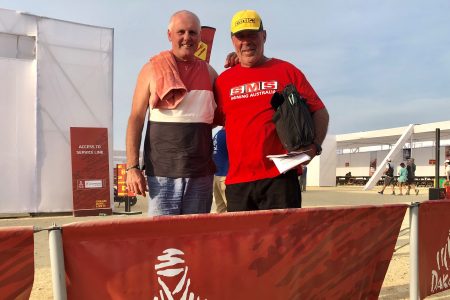 “You think when you look back and used to watch this on telly… it’s been a long-term goal, 10 years.

“I have come a couple of times to spectate and navigate for other people and learn the ropes a bit.

“We put a long-term plan together and built an iconic Australian car in a Holden Ute and get over here and have a go.”

Almost all of the event’s of competitive stages are on desert sands, which multiples the team’s task.

“The old sphincter muscle gets a workout,” laughed Riley as he spoke of Peruvian dunes.

“You are not quite sure when to back off. You have to crest the dune because you cannot back off until you are over it.

“It is the hardest thing. You just wish you could see what was on the other side of the dune.

“You can’t back off like a normal dirt mound because you would stall before you even got to the top of it.

“You just need to keep your foot buried into it all the way to the other side.”

Riley is enough of a realist to understand his position in this year’s event against the massive factory teams and knows that just finishing would be an achievement in itself.

“It would mean a great deal just to finish this event, but that is miles away at this stage,” said Riley.

“It is very hard to even think that far ahead.

“It is going to take some good management. All these events are run and won in the workshop.

“I don’t know if we have done enough work or not, we will find out in 10 days.

“We have spent two years developing the car and have done as many events in Australia as we could as part of the preparation, including the Finke rally just to see if the chassis was tough enough.

“We went down to Bremer Bay, south of Perth, testing in the sand dunes, which are nowhere near the size of these, but at the end of the day you have to come and do the hard yards in the Dakar to really see what’s going to work and what’s not going to work.

Also part of the SMS Mining Services-backed crew are mechanics Ian Wilson, Milton Hill, Troy McAinch, and team manager Paul Borg, who described the rollout of the Holden Ute at Dakar as one of the most emotional days of his 15-year career.

CLICK HERE for a wrap of how all the Australians fared in Stage 2.