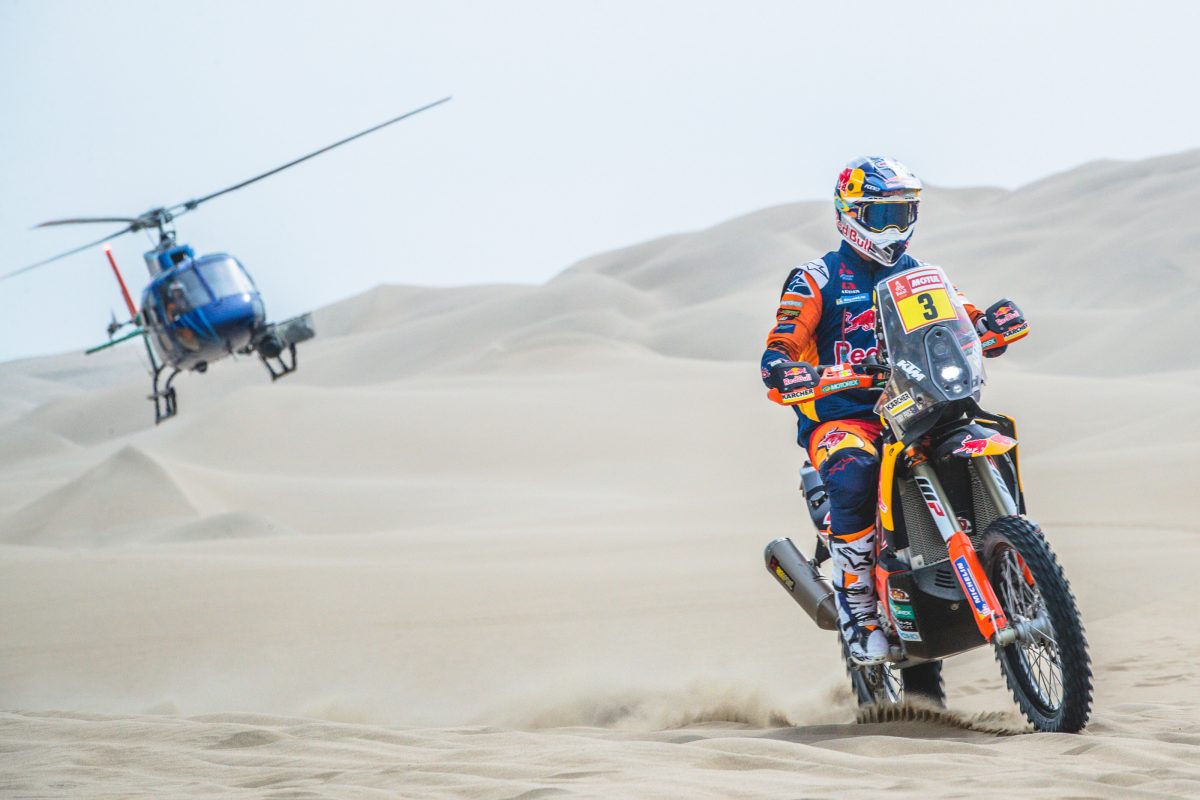 The injured Toby Price has passed a much tougher test of his 2019 Dakar Rally campaign when he improved one position overall on Stage 2.

After an opening stage which was effectively an 84km warm up, Price was involved in a terrific battle with his KTM Red Bull team-mate Matthias Walkner on the second, 342km coastal stage from Pisco to San Juan de Marcona.

Walkner, the 2018 champion, won the stage in a time 3:06s faster than Price, who finished fourth and improved his outright position from sixth to fifth.

The Australian, who carried a fractured wrist into the event, is now 4:33s back from Spanish leader Joan Barreda Bort on a Honda.

“It’s a bit more brutal on the wrist than yesterday so we’re just trying to hold onto the guys and be able to judge off them to know what’s coming up, and trying to maintain it as much as we can,” said Price.

Rodney Faggotter was 29th-fastest through Stage 2 on his factory Yamaha and now sits 33:13s off the overall lead in 28th.

Rookies Ben Young and James Ferguson were 102nd and 115th respectively for the day and are 103rd and 116th overall of the 133 remaining riders.

Stephen Riley and co-driver Trevor Hanks have improved from 70th to 63rd overall, 3:03:53s back from new leader Giniel de Villiers, after finishing the stage with the 57th-fastest time.

Adelaide’s John Maragozidis battled on the much longer second stage of the event as he finished 24th.