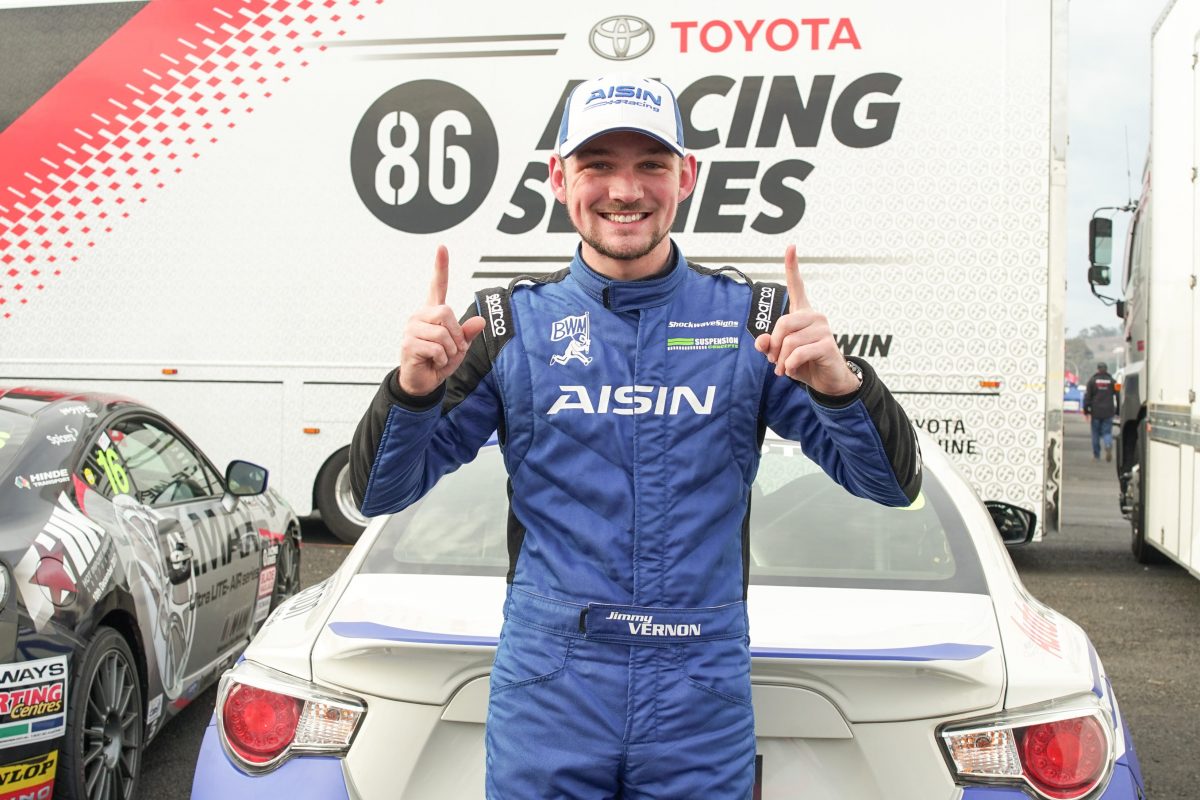 Jimmy Vernon, the 2017 Toyota 86 Racing Series winner, is eyeing off a move into the inaugural TCR Australia Series this year.

Vernon followed up his successful T86RS season with a fourth in the 2018 Porsche Michelin GT3 Cup Challenge series, having swept the final round at home in Sydney.

The 21-year-old is now hoping to pull together the funds to buy his own car and race in the Michelin Privateers Cup of TCR Australia.

“I’m trying everything I can at the moment to get on the TCR grid this year,” said Vernon.

“After a year in the Toyota 86 Series and moving to Porsche and getting good results at the back end of the year, I’m really keen to keep the momentum going.

“I’ve been super lucky to have the corporate support that I’ve had so far, but we’re still looking for the final pieces of the puzzle to confirm our spot on the grid. I’m hoping to have the all confirmed in the next month or so.

“We are looking to be a privateer team. We have a group of motivated and highly experienced people who are interested to help us run the team and keep the costs down. The realistic option is that we will do as much of it on our own and test ourselves against the rest.

“I’m hoping that there are some experienced, fast drivers in the field with professional teams. There is no better way to benchmark yourself and your team against the best opposition.”

Round 1 of the series takes place at Sydney Motorsport Park on May 17-19.