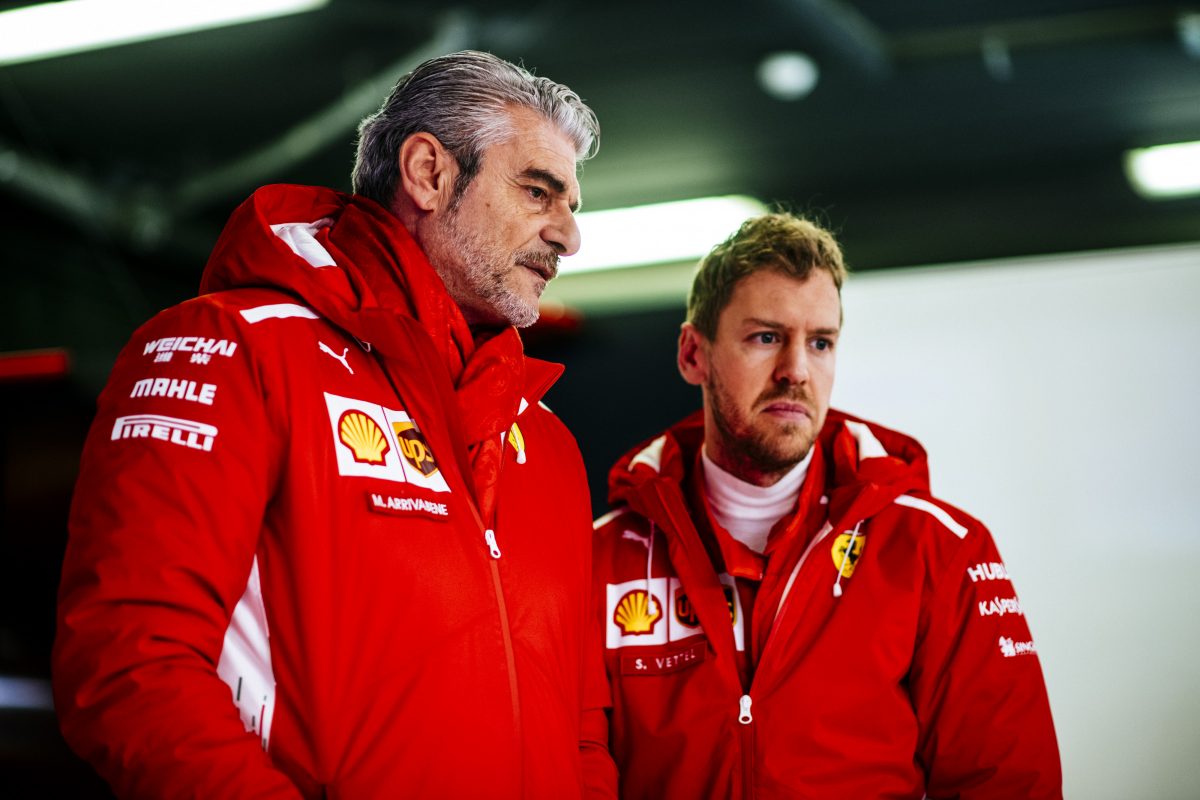 The move comes after Ferrari came up short of Mercedes in both the drivers’ and constructors’ championships despite seemingly being in a strong position during the first half of the season.

“After four years of untiring commitment and dedication, Maurizio Arrivabene is leaving the team,” read a statement from the team.

“The decision was taken together with the company’s top management after lengthy discussions related to Maurizio’s long term personal interests as well as those of the team itself.

“Ferrari would like to thank Maurizio for his valuable contribution to the team’s increasing competitiveness over the past few years, and wish him the best for his future endeavours.

“With immediate effect, Mattia Binotto will take over as Scuderia Ferrari’s Team Principal. All technical areas will continue to report directly to Mattia.”

Arrivabene took up the role at the end of the 2014 season having previously represented sponsors on the Formula 1 Commission as an employee of long-time Ferrari backer Philip Morris.

Various media outlets had been reporting late last year that Binotto was in fact considering leaving the team due to tension with Arrivabene.