BJR looking to ‘chip away’ in second year with ZB

BJR looking to ‘chip away’ in second year with ZB 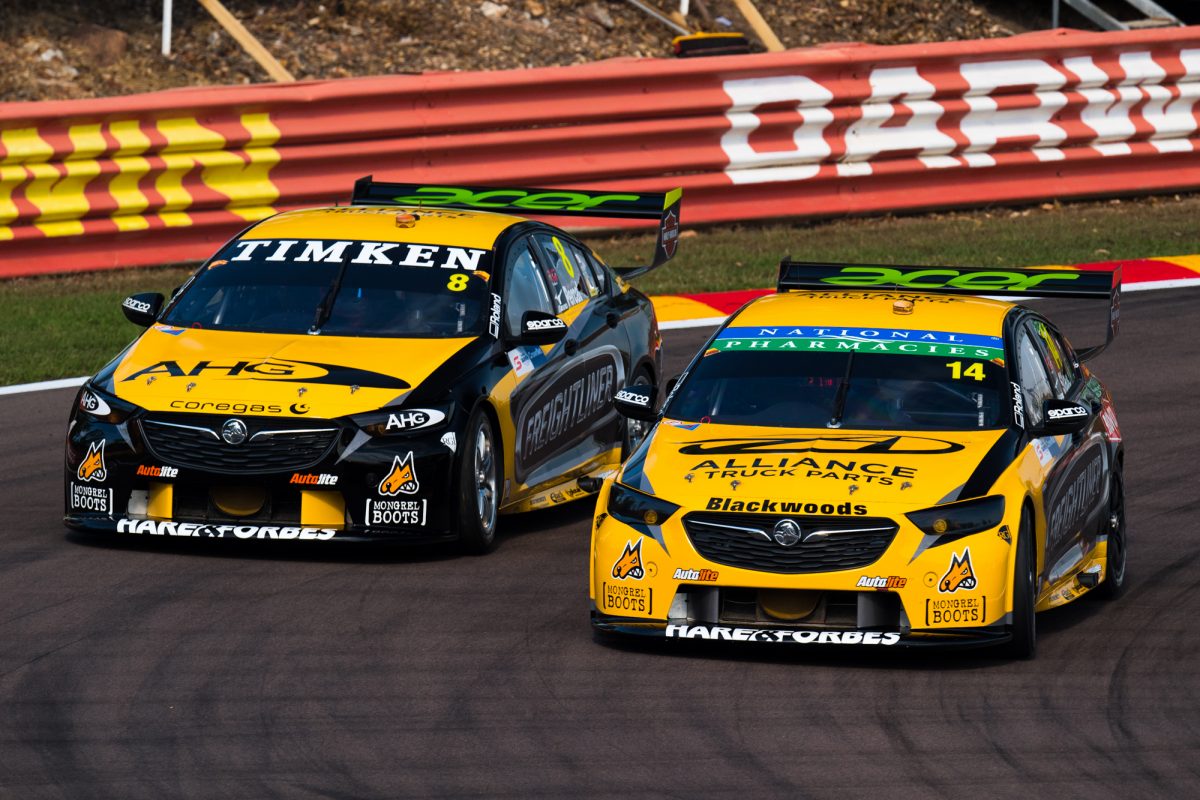 Brad Jones is hoping that his team can now chase ‘one percenters’ given what it has learned from its first year with the ZB Commodore.

Brad Jones Racing’s gains relative to its tumultuous 2017 Virgin Australia Supercars Championship largely came via Nick Percat, whose rise to a career-best 10th in the championship in 2018 from 19th a year prior was the biggest move in the field.

Tim Slade held station at 11th in the standings while as a pair they moved BJR up two positions to sixth in the teams’ championship.

With 12 months experience with the ZB package now under their belt, a particular thorn in BJR’s side with regular splitter problems in the opening events, Jones believes his team has a knowledge base to consolidate on.

He identified qualifying as a key area of focus, with both Percat and Slade averaging a start around 12th position in 2018.

“The great news is that we don’t have to build brand new cars this year, so I feel like we have the opportunity to go through the information we’ve got, and chip away making it better,” Jones told Speedcafe.com.

“I think we’re at the point where we’re looking at the little things, the one and two percenters or the five percenters, and that’s what tends to make a difference once you get up around that level.

“Qualifying strikes me as an area that we’re not as strong as we could be in.

“I think we have very strong race cars but we need to get them to where they need to be in the race.

“When you start in further back than you should, it’s difficult; it’s very easy to get caught up in someone else’s accident.

“That’s something we’re going to be targeting to improve for 2019, and just look at the little things.”

While the gains in championship positions are a positive headline, Percat only stood on the podium twice in 2018 and Slade missed out completely, leaving Jones with somewhat mixed feelings.

“It’s a little bit of a missed opportunity, but I felt like we had a pretty strong year,” he reasoned.

“Tenth and 11th in the championship is obviously not where we want to be, but it’s not a bad result.

“The consistency between the two guys is great and certainly something to build on too.

“(Percat) definitely had a great year but he had a couple of missed opportunities.

“(For example) He got caught up in Fabian’s (Coulthard) accident at Newcastle when he was probably on track for a third or a fourth at worst so he had some pretty good stuff going on there.

“It’s just unfortunate that those things happen, so I think Nick’s done a really good job.

“There were a couple of times when, all things being equal, (Slade) can match Percat, so I feel like we have a very balanced driver line-up, but as it was with Nick at the start of the year, probably had a few issues his splitter.”

Jones will also be fielding son Macauley in the Supercars Championship on a full-time basis for the first time in 2019, when the 24-year-old takes over the Tim Blanchard Racing entry which is run from Albury.

He has identified firm goals for the rookie, his incumbents, and the team for 2019.

“I’d like to have both my guys in the top 10 in the championship, I’d like Macca to be the highest-placed rookie, and to finish in the top four in the teams’ championship,” declared Jones.

The team had in fact held fourth prior to the season-ending Coates Hire Newcastle 500, but issues for Percat in both races and David Reynolds’ near-perfect haul saw BJR leapfrogged by Erebus Motorsport and Walkinshaw Andretti United.

This year’s championship begins in earnest with the Superloop Adelaide 500 on February 28-March 3.