The car which holds the outright lap record at Mount Panorama has changed hands ahead of this year’s CAMS Australian GT Championship.

Rio Nugara has bought the Jamec Pem Racing Audi R8 LMS GT3 from Steve McLaughlin as he prepares to step up from the Trophy Series ranks to the top tier Australian GT Championship field in 2019.

The chassis is that which German ace Christopher Mies used to slash the Mount Panorama lap record to under two minutes at last November’s Challenge Bathurst event, when its Balance of Performance handicaps were removed.

It is also an Australian GT Championship winner in the hands of Geoff Emery.

Nugara, who finished third in the 2018 Trophy Series with three outright wins to his name in a first-generation R8, will have his new acquisition upgraded to 2019 specification before the new season.

“I spoke with Steve mid-year about the opportunity of buying the #1 car used so successfully by Geoff Emery – which at that stage was the reigning championship winning car – and we concluded a deal,” explained Nugara.

“Interestingly, it was also the car that Christopher Mies used to smash the GT3 lap record at Challenge Bathurst, so it has a fantastic heritage! 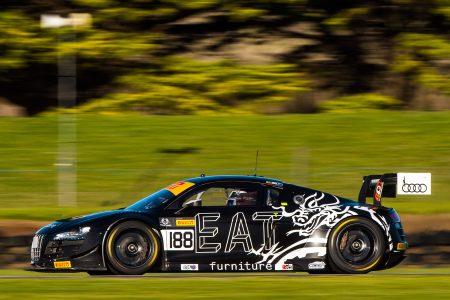 “Like many of the current second-generation R8 GT3s, I plan to update to the new ‘evolution’ specification which is homologated for the 2019 AGT season.”

The Melbourne organisation will run at least two other 2019-specification Audis, for McLaughlan’s team, in this year’s Australian GT Championship.

The season begins at the Formula 1 Rolex Australian Grand Prix on March 14-17.