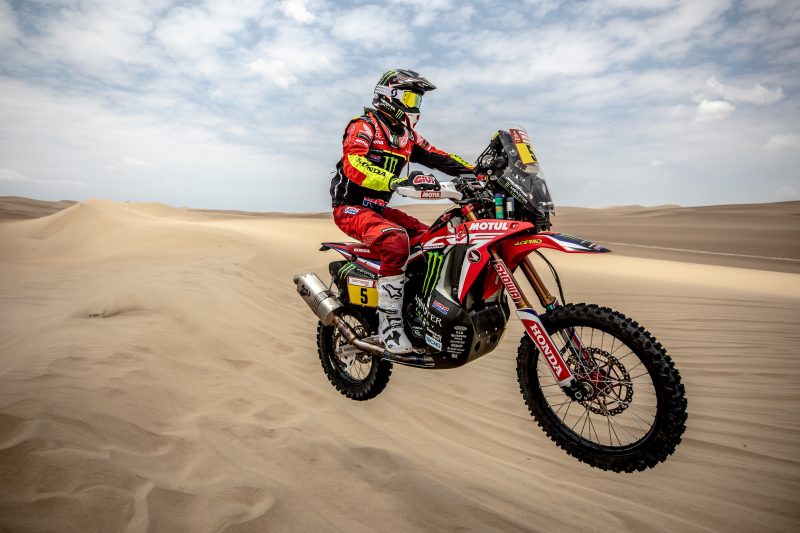 Spaniard Joan Barreda Bort has topped Stage 1 of the 2019 Dakar Rally with an impressive ride from Lima to Pisco.

The factory Honda rider covered the 84km of special stage running in 57:36s and was fastest to each of the three waypoints.

Pablo Quintanilla was the best of the rest at each of the three waypoints and the Chilean is 1:34s behind on his factory Husqvarna.

Ricky Brabec (Honda, American) and Adrien van Beveren (Yamaha, French) are both just under three minutes off the pace. 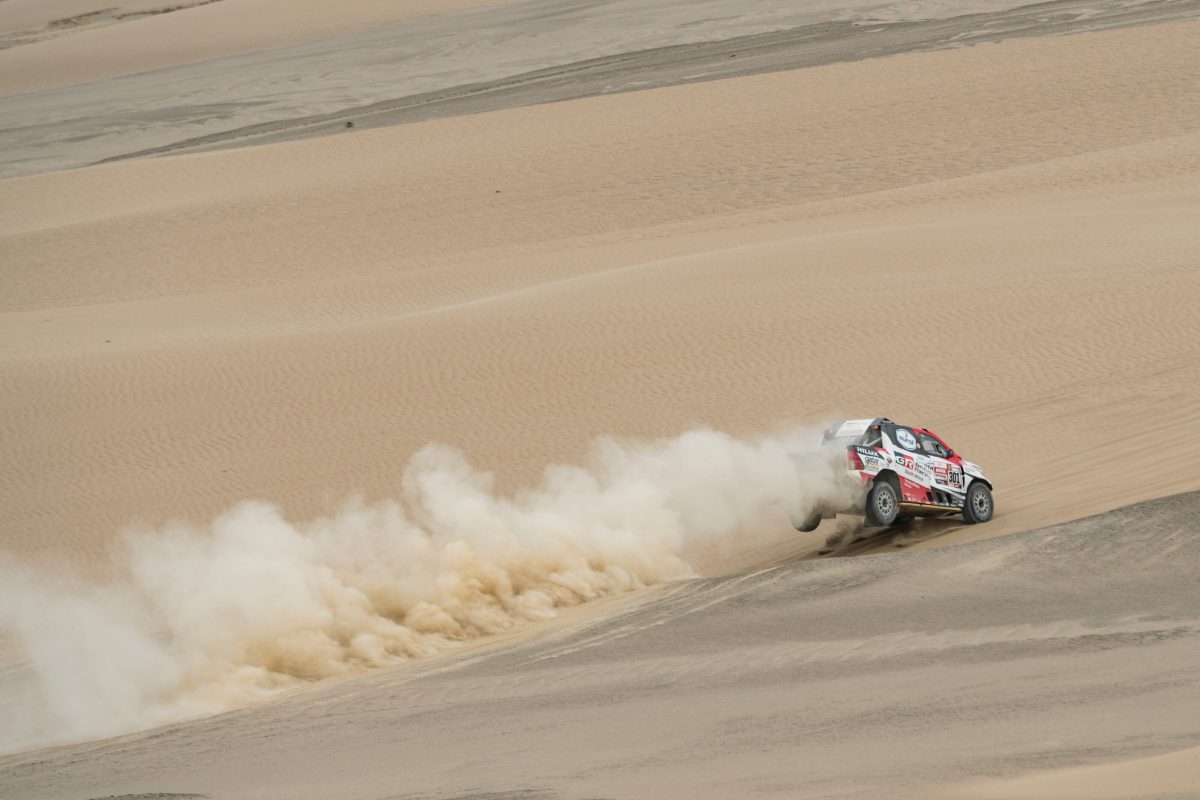 Nasser Al-Attiyah has gone fastest in the Cars division in his factory Toyota Hilux.

The Qatari was second out from the stage start but set the best time between each waypoint.

“The stage was tricky, not easy,” said Al-Attiyah.

“There was a good line from the bikes and we didn’t push a lot.

“The last 10km, we caught Carlos and tried to stay behind him until the finish.

“Today is not a short stage, full sand, it’s not easy. And tomorrow will be similar.”

Less than a minute covers second position to seventh, which is held by Stephane Peterhansel (French) in another X-Raid Mini Buggy.

Cyril Despres (Mini, French) rounds out the top 10 while Sebastien Loeb (Peugeot, French) is just over six minutes off the pace in 13th. 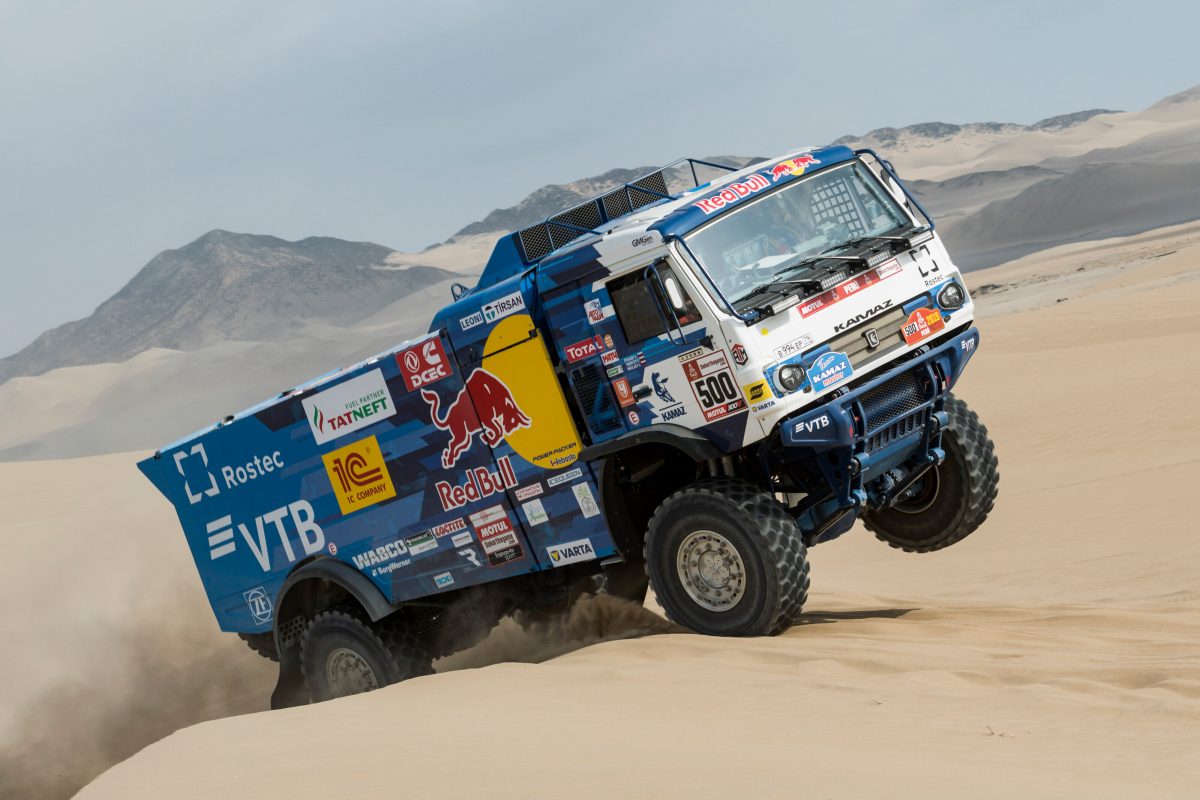 The Kamaz trio of Eduard Nikolaev/Evgenii Iakovlev (co-driver)/Vladimir Rybakov (mechanic) got their Trucks title defence off to a positive start by winning Stage 1 by 18 seconds.