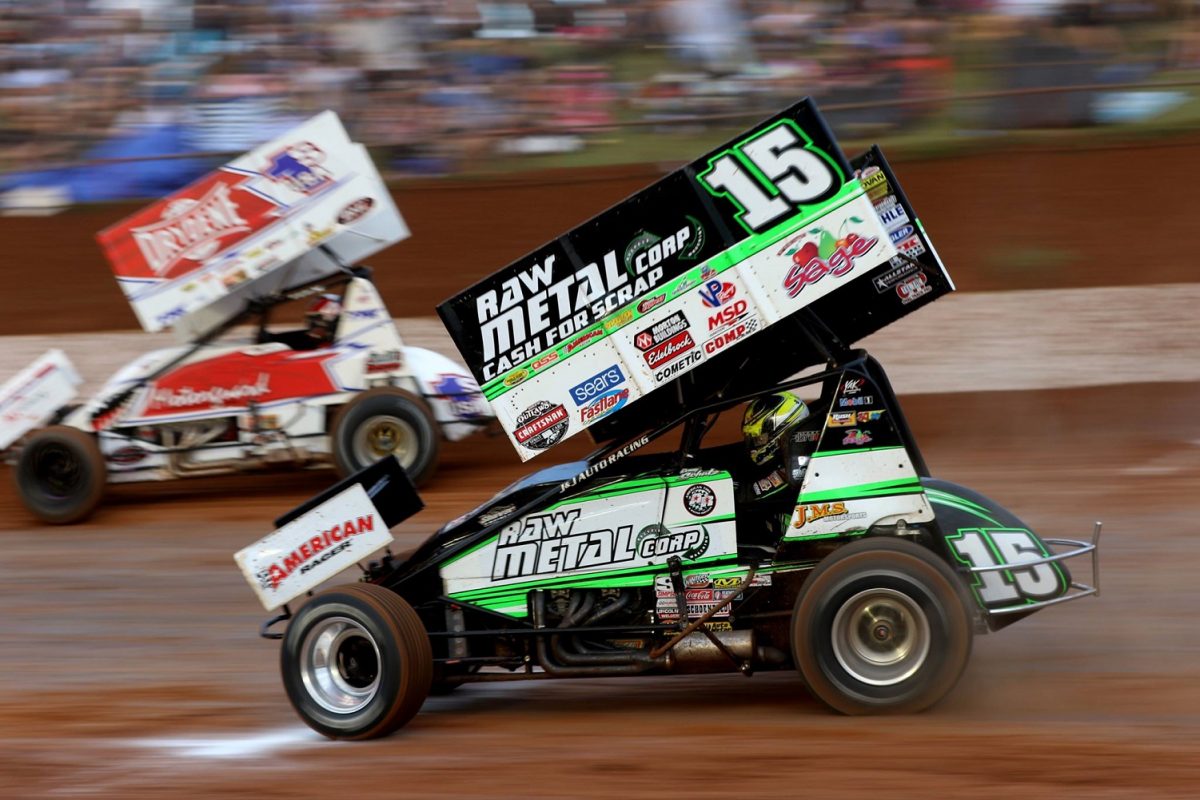 Donny Schatz has won the Australian Sprintcar Open for the ninth time after overcoming Logan Schuchart at Archerfield Speedway.

The 10-time World of Outlaws Champion delivered when it mattered to take victory in the A-Main by 1.6s over Schuchart after a late stoppage, with Kerry Madsen finishing third.

Schatz provisionally qualified on pole when he drove from the fifth row to win his final heat in just 10 laps, but was bested by Schuchart in the Gold Shootout.

Schuchart converted his pole position into an early lead before ceding that to Schatz on Lap 21 of 50.

A lapped car accounted for preliminary main winner Rusty Hickman, who was running fourth when he made contact with backmarker Jack Lee and took both into the wall with three laps remaining.

Schatz, however, safely negotiated the challenge of traffic and the late stoppage to take victory.

“This trophy will look fantastic in the trophy room at home,” said Schatz.

“The Australian Open is always a tough race to win and you appreciate it when you do.

“I’m just so fortunate to get to do this with great people and experience so many highlights in my career, and I’m looking forward to Wednesday when we get to do it again.”

Steven Lines finished fourth and Jamie Veal fifth, while Lockie McHugh rose all the way from 16th to sixth.

Lines continues to lead the QSS World Series Sprintcars series, which continues with Round 7 back at Archerfield on Wednesday night (January 9) when Schatz will make his final appearance in Australia this season.