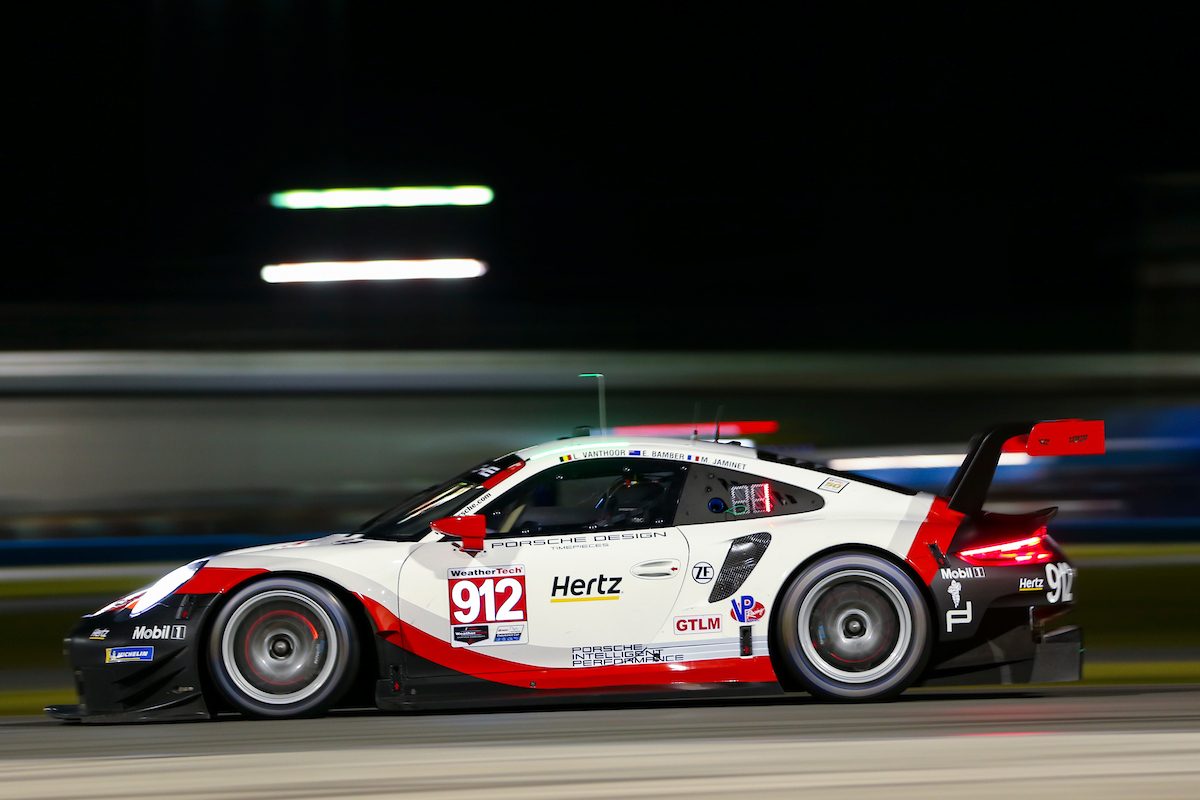 Earl Bamber has helped the factory Porsche team to a one-two in class in GTLM class in night practice at Daytona’s Roar Before The 24.

Meanwhile, Ana Beatriz earned the first pit bay among the GT Daytona class entries in the car which Simona De Silvestro will drive in Rolex 24 later this month.

The GT Le Mans benchmark across all five sessions, however, now stands at the 1:43.148s of Richard Westbrook in the #67 Ford Chip Ganassi Racing Ford GT he is sharing with Ryan Briscoe and Scott Dixon.

Briscoe had been second-fastest in class on the opening day of the compulsory pre-Rolex 24 test.

The #24 BMW Team RLL entry which Chaz Mostert is driving climbed two positions from last to seventh in class on combined lap times after Jesse Krohn set a 1:43.828s in Practice 4.

With the GTD class not running, qualifying for pit lane position was held over a 15-minute session in the late afternoon.

While Dominik Baumann was fastest, only Silver and Bronze driver times counted and it was Beatriz’s 1:45.537s that was quickest among them in the #57 Meyer Shank Racing Acura NSX GT3.

Jack Hawksworth, co-driver of New Zealander Nick Cassidy, was again fastest of the #14 AIM Vasser Sullivan Lexus RC F GT3 crew with a 1:46.215s in night practice to take the entry to ninth after the five sessions.

Fastest in LMP2 was the #81 DragonSpeed Oreca which Australian James Allen will drive, after a 1:36.553s lap from Nicolas Lapierre in Practice 4.

He lapped Daytona International Speedway in 1:34.533s in night time practice, just a thousandth of a second faster than Renger van der Zande did in the #10 Wayne Taylor Racing/Konica Minolta Cadillac DPi in Practice 4.

Fernando Alonso got down to a 1:35.052s in Car #10 during Practice 3, making him the second-fastest driver of the session.