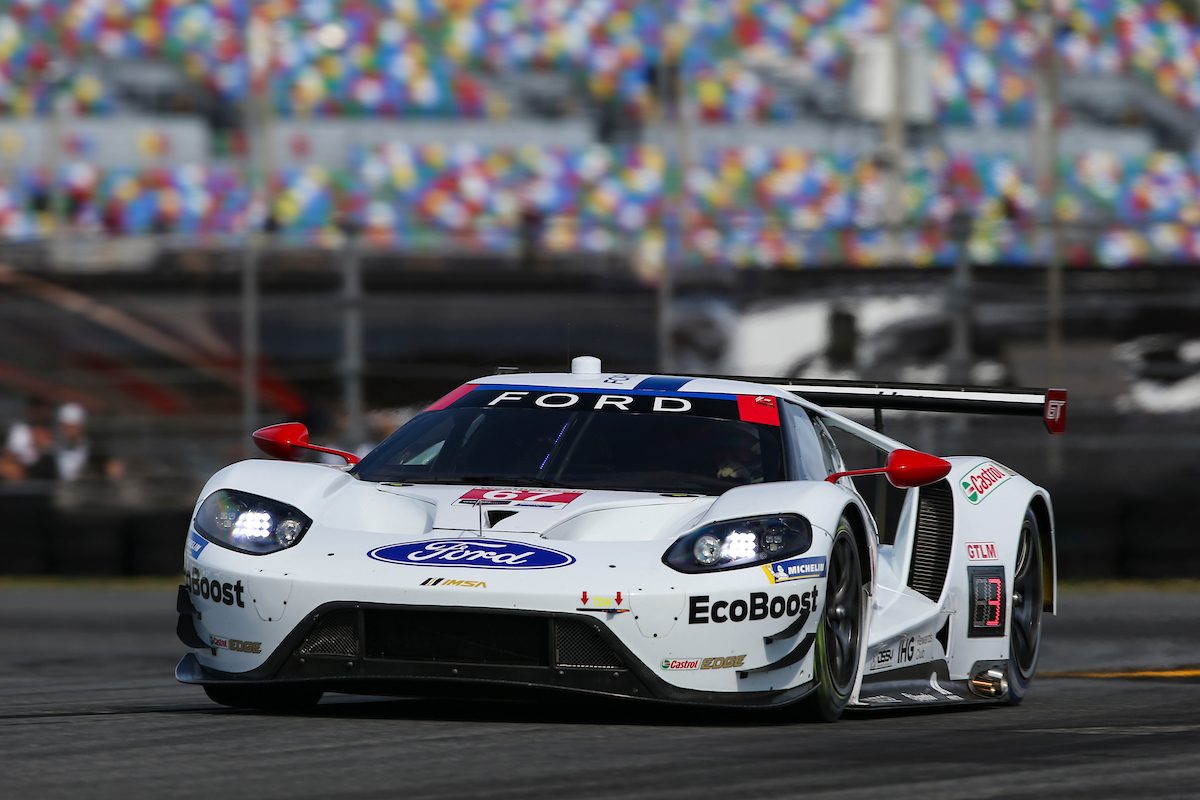 Australian Ryan Briscoe has lapped second-fastest in the GT Le Mans class on the opening day of the Roar Before The 24 at Daytona.

Earl Bamber was fifth in the same class while the BMW which Chaz Mostert will race propped up the timesheet in GTLM.

The time left the Sydney native 0.131s off the class-leading pace of Davide Rigon in the #62 Risi Competizione Ferrari 488 GTE.

Bamber was fastest in the morning’s 75-minute session in the factory #912 Porsche 911 RSR with a 1:45.028s which neither he nor Mathieu Jaminet could improve on in Practice 2. 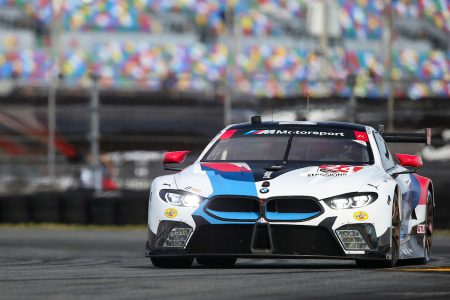 The #24 BMW Team RLL entry rounded out the nine-car GTLM contingent with a best time of 1:45.642s from lead driver John Edwards.

Mostert drove during the second session and clocked a personal best of 1:46.104s, faster than either Jesse Krohn or Edwards went in Practice 1, while Alex Zanardi did not set a time.

In GT Daytona, Katherine Legge put the all-female #57 Acura NSX GT3 fourth on combined times with a 1:47.022s, while Simona De Silvestro’s quickest in the Meyer Shank Racing entry was 1:49.081s in Practice 2.

The #81 DragonSpeed Oreca which Australian James Allen will drive was second-fastest of the four LMP2 cars thanks to Ben Hanley’s 1:39.788s in Practice 2.

The day’s fastest lap outright was a 1:35.989s from Oliver Jarvis in the #77 Mazda Team Joest Mazda DPi.

Second went to the car which Fernando Alonso has signed on for, the #10 Wayne Taylor Racing/Konica Minolta Cadillac DPi.

Acura Team Penske’s lead car was the #7 Acura DPi in seventh outright on combined times after Helio Castroneves set a 1:37.174s in Practice 2.

The three-day test for the 24 Hours of Daytona continues on Saturday (local time).