SuperUtes set for upgrades ahead of second season

SuperUtes set for upgrades ahead of second season 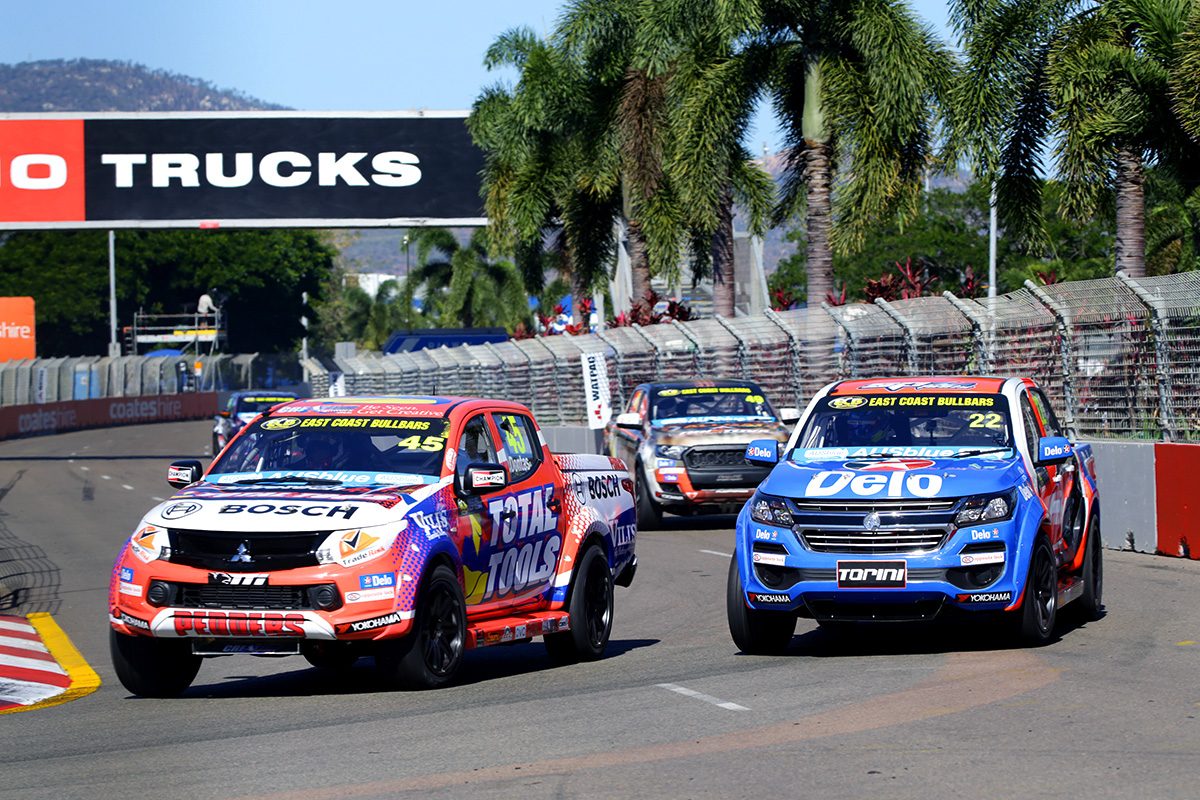 The SuperUtes field is set to receive technical enhancements including a new-specification tyre ahead of the category’s second season in 2019.

The first season of the ECB SuperUtes Series saw the field run on a Yokohama Advan road tyre due to the lack of availability of a 20-inch R-spec tyre.

That is understood to be set to change, however, with a lower-profile tyre tested late last year.

A more motorsport-oriented tyre would not only provide drivers with more grip but also allow the SuperUtes to potentially be lowered due to the reduction in the height of the sidewall.

The V8 Utes which SuperUtes replaced raced on R-spec Yokohamas, and team owner Luke Sieders told Speedcafe.com last year that a similar move for SuperUtes could yield around four seconds per lap.

Such a gain would account for around half the lap time deficit to the V8 Utes at some circuits.

It is believed that there has also been work on mechanical upgrades which could be finalised this month.