Skaife opens up on turmoil of HRT ownership years

Skaife opens up on turmoil of HRT ownership years 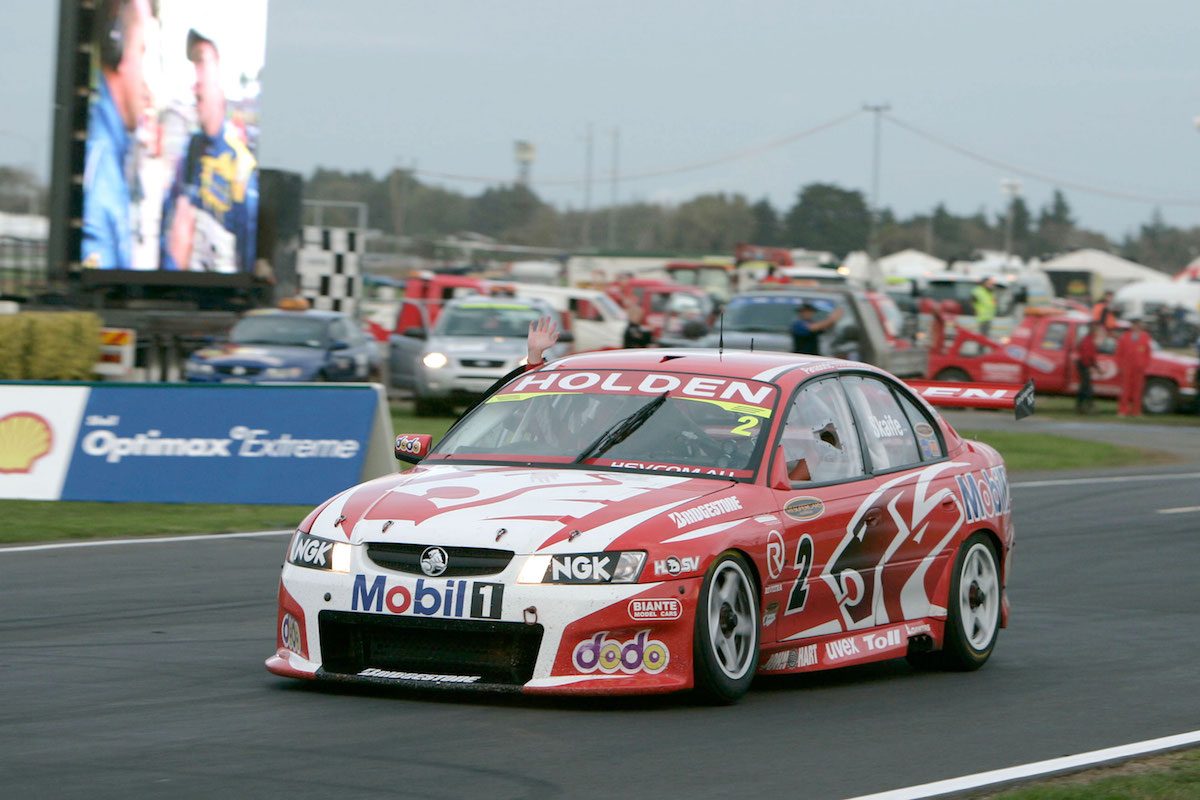 Mark Skaife driving for the Holden Racing Team in 2006

Mark Skaife has opened up on the damage done to his driving career by owning the Holden Racing Team and how it fuelled the infamous incident with Russell Ingall.

Skaife was called upon to buy HRT in 2003 after Holden, which rescued the team following the collapse of Tom Walkinshaw Racing the preceding year, had to offload the operation for it to satisfy championship rules around manufacturer ownership.

The Supercars Hall of Fame member won the championship three times in a row and the Supercheap Auto Bathurst 1000 twice immediately prior to his $3.25 million acquisition.

It coincided with his slide from supremacy in the V8 Supercars Championship until his retirement from full-time racing at the end of 2008, at which time he sold the team back to the Walkinshaws.

In a long and wide-ranging interview with Greg Rust in the latest Rusty’s Garage podcast, released today, Skaife has explained how the demands of running the championship’s then-premier team, while fighting battles to establish its compliance with TEGA regulations, hastened his retirement.

The 51-year-old maintains that he has no regrets over owning a race team per se, but admits he should have done more to establish a structure which spread the burden of operating HRT in order to prevent the responsibility directly impacting on his duties as a driver.

“I would do it again and I don’t regret doing it when I did it,” Skaife told Rust.

“My biggest regret was that I probably shouldn’t have tried to do everything.

“If I had to do it again, my biggest learning would have been to have delegated and to have taken the managerial responsibilities away.

“You’ve got to write lots and lots of money in commercial sponsorship and partnerships, and you’ve got a massive demand as the official factory team of Holden.

“I would have to go in on a Monday or a Tuesday and make presentations (to Holden) as to how we’ve performed.

“I was far from operating at a level that I was happy with and even just silly things (had an impact).

“I mean, my training in those days was basically laps of Collins Street (a major financial and legal precinct in Melbourne’s CBD).

“I was spending the national debt on legal costs and justifying the team’s existence based on the possible breach and the issues around whether the team could compete each weekend.

“The staff would say, ‘Mate, you’ve got to come to the debrief’; well, I’d be back into Collins Street when I was supposed to be in the debrief.”

Skaife says that the perfect storm which enveloped HRT in 2003, including the challenge of the introduction of the Project Blueprint technical platform, also fuelled the rage which he expressed during the infamous ‘shriek at the Creek’.

He was still an outside chance of defending his title entering the last round of the year before Ingall, then team-mate of eventual champion Marcos Ambrose, turned him into a wall on the season’s final day.

“There was this mad state of flux around the whole commerciality of whether that team environment could be sustained, whether it could survive,” recalled Skaife.

“There was Project Blueprint that was just coming in so we had to change a heap of stuff on the cars – we changed the engine, we changed all the front suspension layout of the cars – and I came out and won (the Adelaide 500).

“There was a lot of drama through the year and the car wasn’t that good; the new engine had airbox issues, temperature issues, heaps of stuff that we weren’t really up to speed with.

“We had a thousand issues going with the team and the car and by the time we got to the end of the year it was basically on for young and old to win the championship.

“There were three of us that could win and in this mad run back through the field I passed Ingall and then he fired me in the fence and at that point in my career I have never had a worse moment.

“I felt like all the things that we’d worked for, for the year were gone, that it was an unfair, really unsportsmanlike act, and honestly I’ve never been so angry

“(It was) lucky I didn’t get back to the pit earlier because all I wanted was to fight somebody and it was an unbelievable day; I remember it very, very clearly.

“It was a disaster, for all of the back-story reasons that people would not have understood; the risk and the level of workload and the demands and the things that had taken place in the background.

“It was just a tumultuous, dramatic season for us.”

Skaife pinpointed an error during the 2008 Bathurst 1000 when he ran into the wall at Forrest’s Elbow as the moment he decided to retire.

“The car was shithouse and I made a mistake,” he explained.

“(Jamie) Whincup and I were battling for the lead and I went into Forrest’s Elbow, locked a wheel, and hit the fence on the outside.

“I remember when I hit the fence then I thought ‘It’s over and it’s over; I’m done.’”