Series around the world produced some dramatic and thrilling races in 2018 that reminded us all why we love motorsport.

From surprise winners and shock results to high tension and drama, it was a year in which Daniel Ricciardo got redemption at Monaco and the IndyCar title fight reached fever pitch at Sonoma.

The Speedcafe.com team has picked out some of the highlights from across the globe and wants to know which you think was the best race of 2018 in the year’s final PIRTEK Poll. 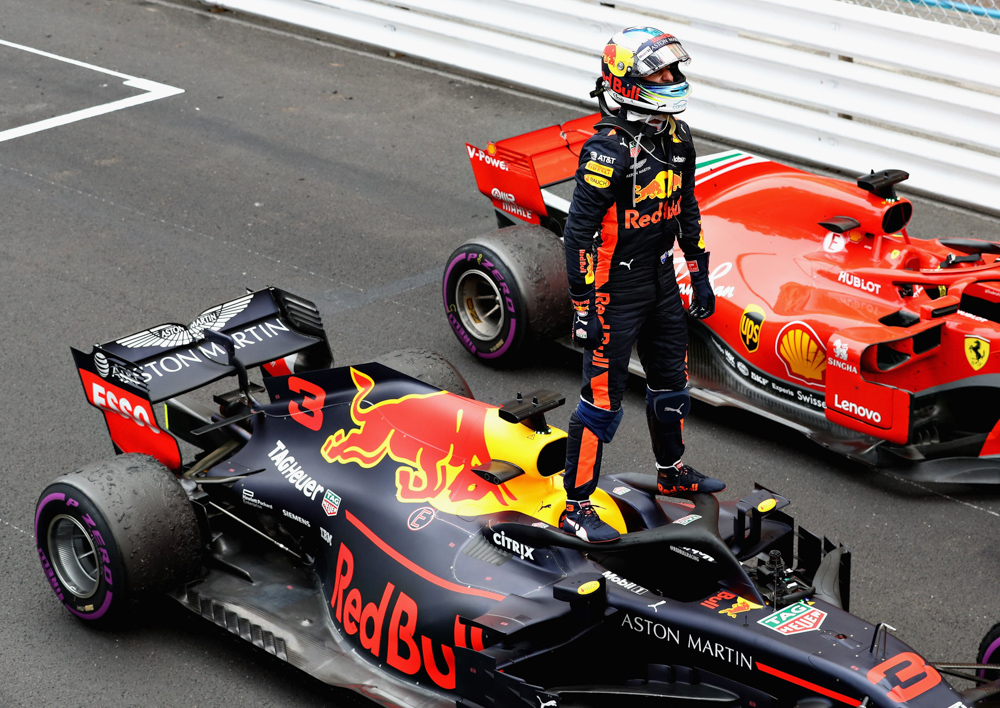 Daniel Ricciardo climbed out of his Red Bull in Monaco and stood atop it in celebration of the biggest win in his Formula 1 career.

It was more than that though, it was a win that was the result of determination, cunning, and a truck load of talent.

Having qualified on pole Ricciardo was leading when he suffered an MGU-K failure, robbing him of a quarter of the power from his Renault engine.

Harried by Sebastian Vettel for nearly 50 laps, Ricciardo adapted his driving style and put in an inch-perfect performance which 1980 world champion Alan Jones described as one of the all-time greats. 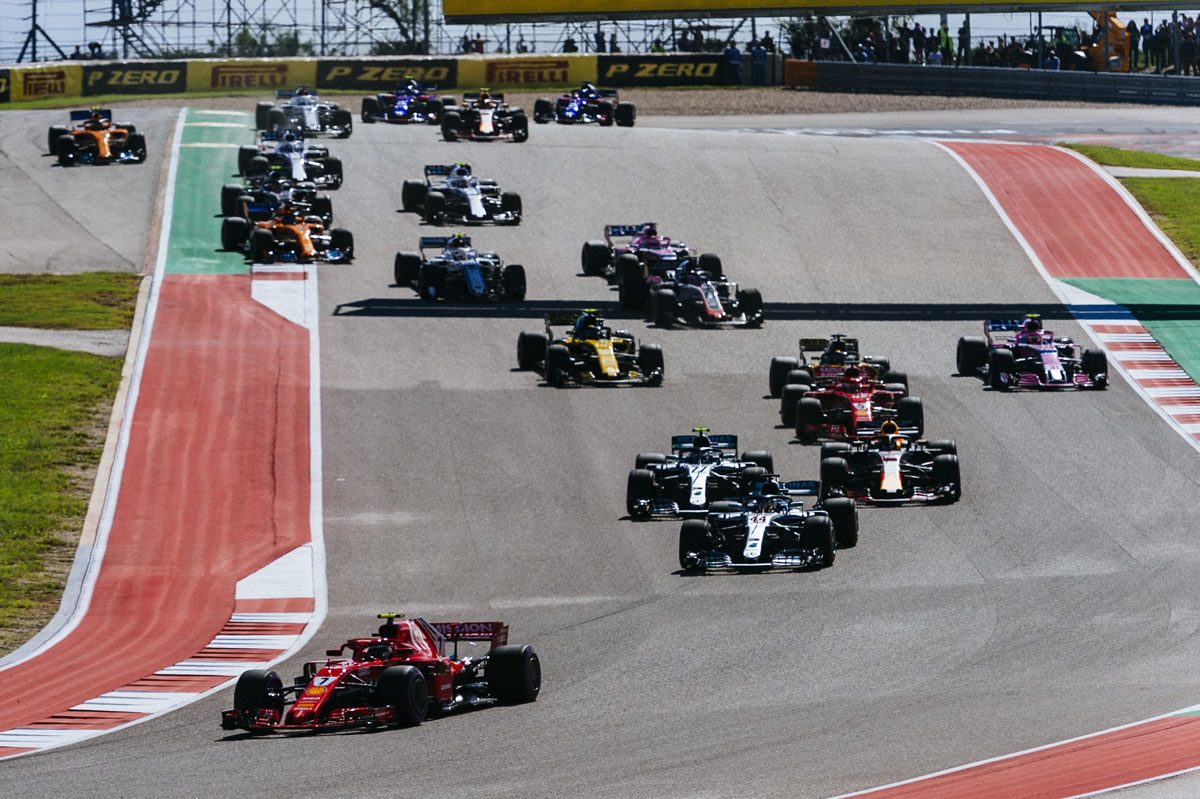 The start of the Formula 1 United States Grand Prix

In a season ultimately dominated by Mercedes, it was rare that we had the sport’s three leading constructors battling it out for the win.

Kimi Raikkonen headed the United States Grand Prix from Lewis Hamilton, who, while able to run with the Ferrari, had seemingly no answer to it throughout.

Meanwhile, chasing them both down was Max Verstappen, who’d carved his way forward from a lowly 18th place on the grid to find himself embroiled in the lead battle.

Mercedes had elected to pit Hamilton twice, hauling him in to fit a set of the theoretically faster tyres hoping to use the grip advantage to find a way through the leading Ferrari.

But Raikkonen, true to his ‘Ice Man’ nickname, was cool under pressure and won from Hamilton and Verstappen in what was the most exciting race of the season.

The history books will show in 2018 Scott Dixon claimed his fifth IndyCar Series title, but they won’t tell the story of the thrilling climax to the season that ultimately saw him crowned.

Dixon held sway towards the front of the race from the flag, while title rival Alexander Rossi fell to last at the opening corner after picking up damage to his front wing.

A captivating recovery saw the Andretti Autosport driver rise back through the field as he looked to steal victory from the jaws of defeat.

Rossi even fell off the lead lap, and sat in the wheel tracks of Dixon before the New Zealander let him through, only for a Caution allowed the 2016 Indianapolis 500 winner back into contention.

With the field bunched Rossi pounced, roaring through the field before ultimately running out of steam with the American in seventh and thereby ending an incredible drive and his title hopes.

Dixon claimed second, and his fifth title in a cracker in Sonoma. 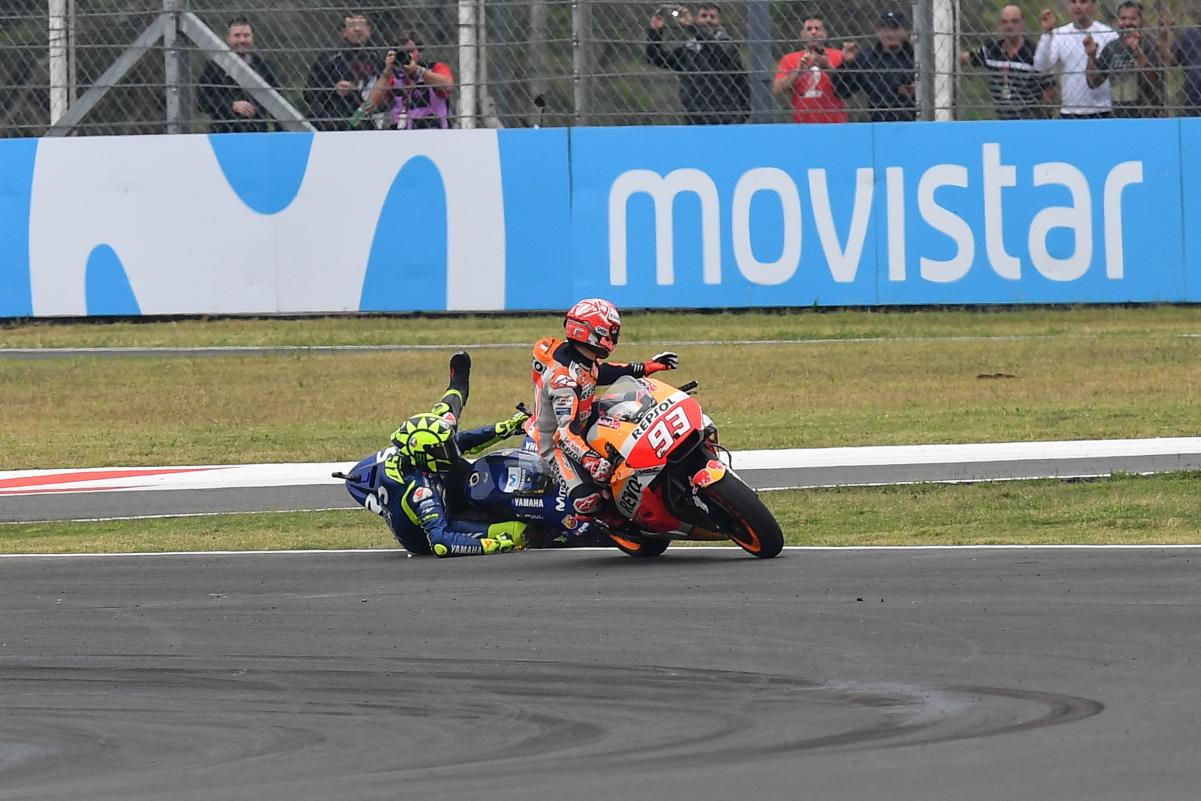 It was the race that had everything, from a Cal Crutchlow win to three penalties for Marc Marquez and one of the most unusual starts ever seen.

Jack Miller started from a very lonely first place after choosing to start on slicks in damp conditions with the rest of the field relegated several rows behind in an effort to avoid a crowded pit lane start.

Miller initially led before Marquez steamed through, and soon after served his first ride-through penalty after stalling on the grid and taking up his position rather than starting from the lane.

A lead battle then ensued with Miller elbow to elbow with Alex Rins, Johann Zarco and Crutchlow before making a mistake and dropping out of the pack.

Down the order Marquez and Valentino Rossi clashed, leaving the latter on the deck and the former with a post-race penalty that would see him classified just 18th.

Out front though positions then changed repeatedly before the Crutchlow eventually got the upper hand and hung on for his third career win. 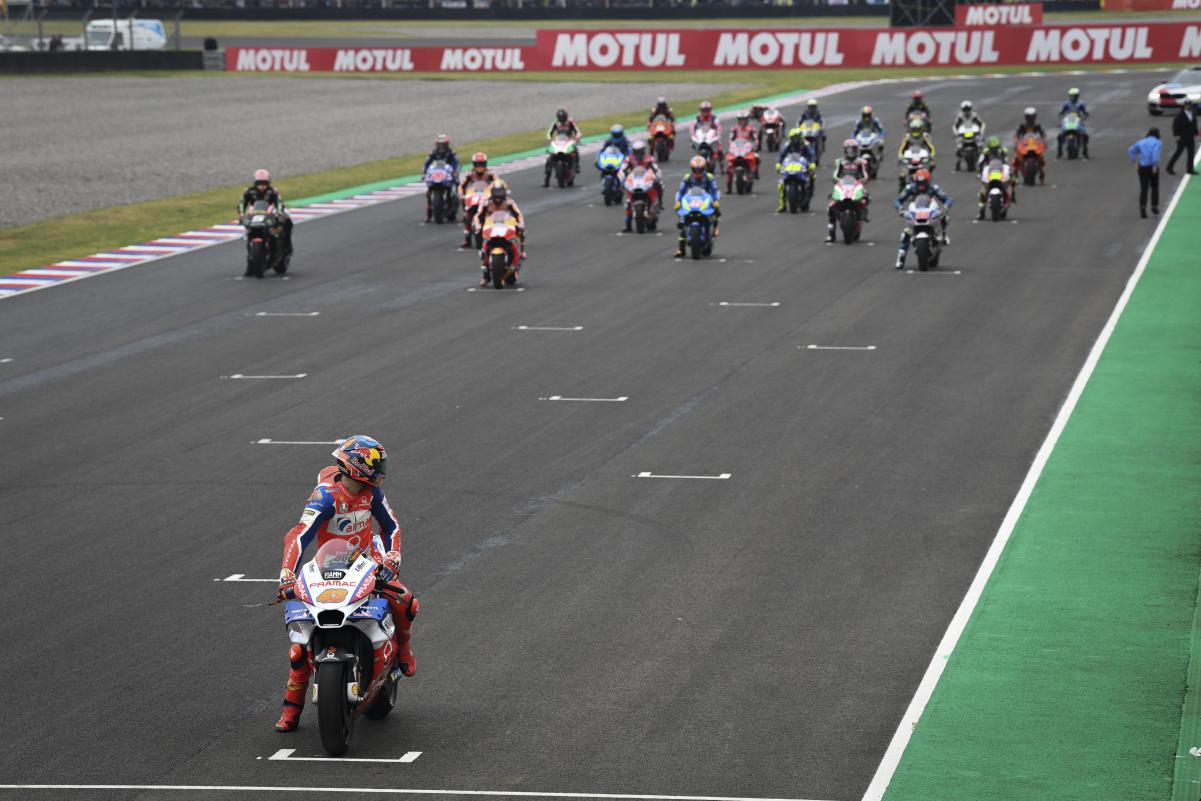 Pole-sitter Jack Miller had a headstart when every other rider changed tyres just before the start of the Argentina MotoGP pic: MotoGP.com

In a race that will go down as one of the greatest in MotoGP history, Marc Marquez emerged on top after a five different riders had a go at leading the Dutch TT.

The leading group swapped places on almost every lap, with Jorge Lorenzo and Valentino Rossi somehow staying upright despite a bizarre incident when the Italian who rode into the back of Lorenzo’s Ducati.

A battle pack soon developed with Marquez, Maverick Viñales, the factory Ducatis, and Rossi all involved with Crutchlow and Alex Rins also joining the fray.

There were big moments for Crutchlow and Rins and aggressive moves at the Timmer Chicane aplenty before Marquez finally managed to break clear at the front of a remarkable race.

He extended a 2.2s advantage at the flag, while the next four across the line were split by just seven tenths at the end of the most intense race of the MotoGP season.

The championship was on the line heading into the second last race of the BTCC season before a Safety Car at mid distance bunched the field and served only to turn the drama level up to 11.

Colin Turkington and Tom Ingram were locked in battle, and had been running close to one another on track in the opening laps as they circulated as part of a ferocious battle pack just outside of the top five.

At the restart, Ingram charged forward as Turkington found himself tucked up in traffic outside the top 10 and dealing with a number of front runners who’d started out of position.

Things got worse rather than better for Turkington, who was mugged repeatedly to drop down the order before running off the road at Druids and falling out of the points.

Well up the road, Ingram was knocking on the door of the podium before taking the flag in fourth, falling agonisingly short of taking the championship fight to a decider in the final race of the year.

Timo Glock and Gary Paffett engaged in one of the most spectacular fights for victory in the opening weekend of the 2018 DTM season.

The BMW and Mercedes drivers swapped paint and positions for lap after lap, prompting BMW driver Glock to question Mercedes’ decision to leave the championship at the end of the season.

Having pulled clear of the field, Glock was joined out front by Paffett after cutting through the field in the opening laps.

Joel Eriksson also became involved temporarily as did Mike Rockenfeller, who ended the race in second position from Paffett after one of the most thrilling battles of the year.

Kyle Busch and Kyle Larson clashed on the final lap at Chicagoland, making for a controversial win for Busch.

Charging hard as the laps ticked down Larson ran the top while Busch tugged the low line, only for the pair to switch as they engaged in battle.

Contact in Turn 2 as they rounded the final tour was followed by a nudge at Turn 3, which sent Larson sideways and Busch into the fence but able to scamper through to the chequered flag.

What race was your favourite in international motorsport in 2018? Cast your vote in this week’s PIRTEK POLL.