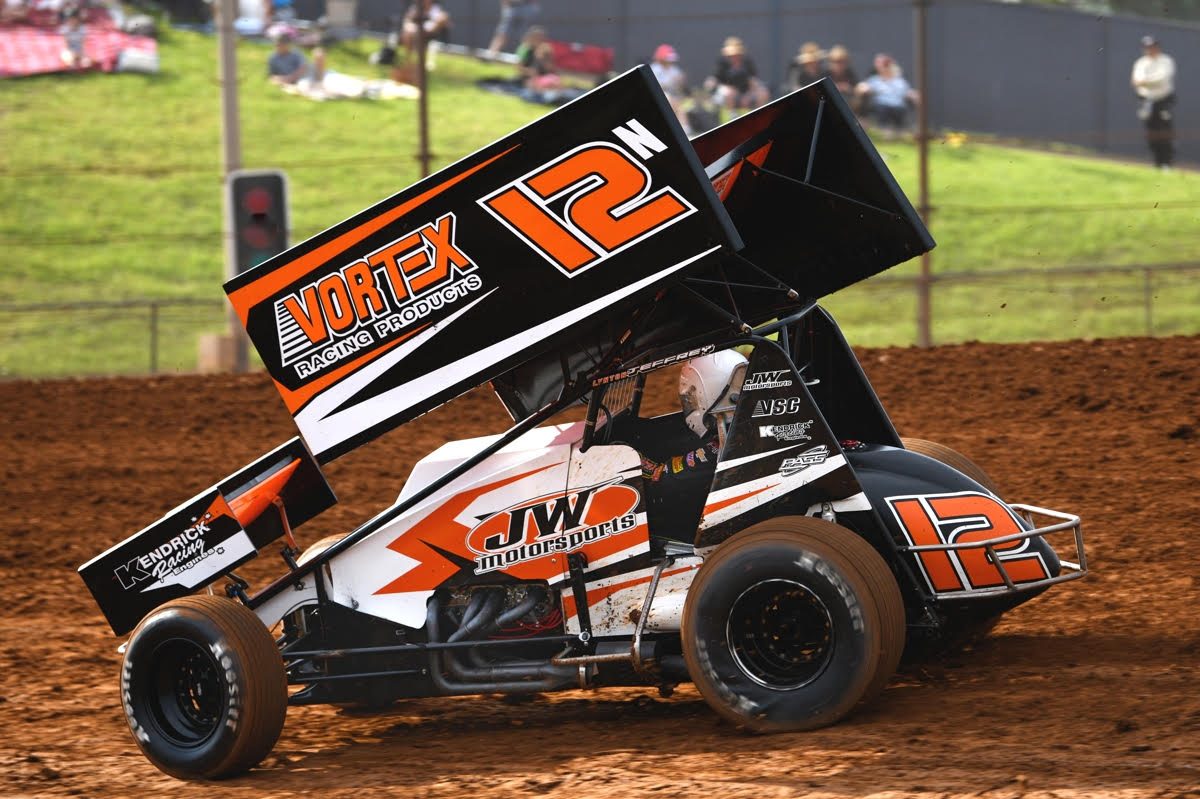 Lynton Jeffrey has won the NSW Sprintcar Title after a final lap overtake of Brad Sweet in USC NSW Round 8 at Sydney’s Valvoline Raceway.

Jeffrey stalked the American star before passing him between Turns 3 and 4 to take victory in the night’s feature race.

He had shown impressive form and the Iowa-based Sydneysider rated his first win at his home track as a career milestone.

“I’ve won the World Challenge at Knoxville and the Huset’s Track Championship in South Dakota but winning a race at my home track is right up there with both of those,” said Jeffrey.

Wright destroyed his car but is set to return for tomorrow night’s Firecracker 50-Lapper in Sydney.

Sweet and compatriot Ryan Bowers will make their final appearance of the Australian season in that, the next round of the Ultimate Sprintcar Championship NSW.