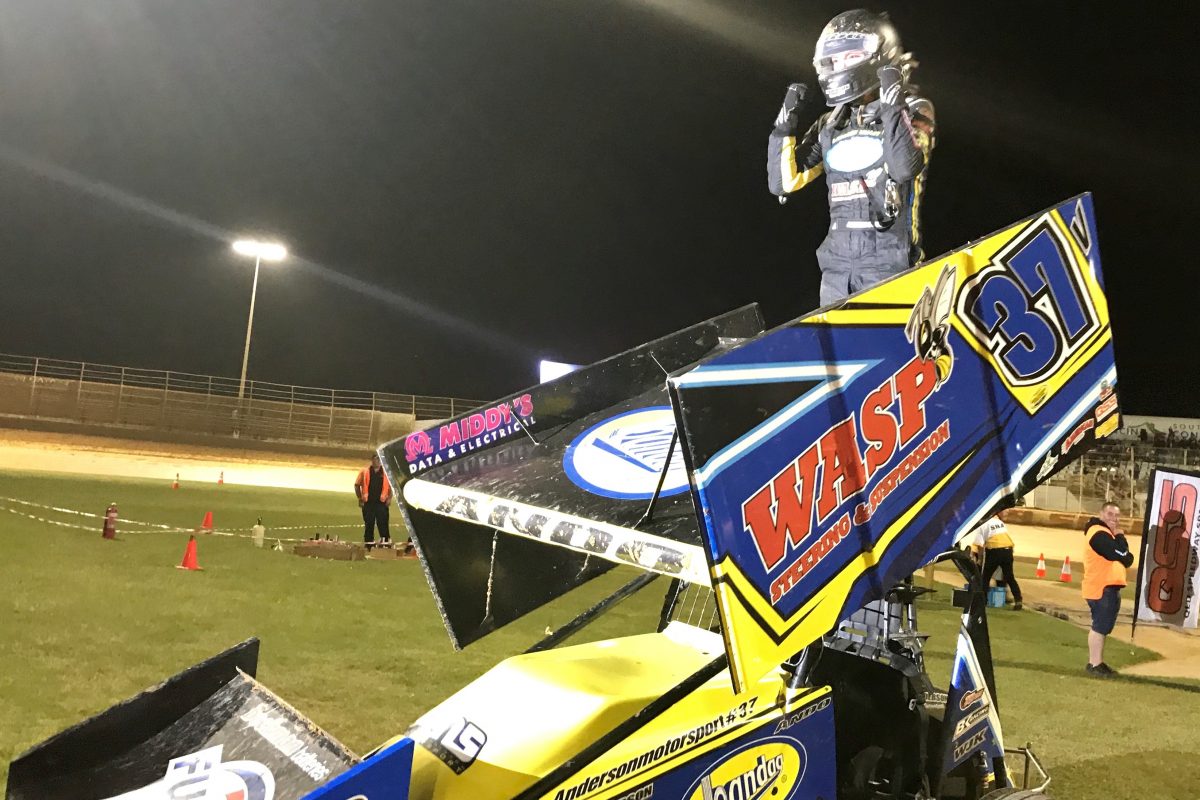 Anderson led all 35 laps of the A-Main in which Steven Lines finished fourth to return to the top of the points table.

David Murcott qualified on pole for the A-Main but chose to start from the outside, leaving Anderson on the inside of Premier Speedway.

The Albury driver took the lead before the first lap was out and was not headed again in a race which saw no stoppages.

The victory makes for a fourth pair of father-and-son WSS race winners, with David and Grant Anderson joining George and Brooke Tatnell, Ray and Brett Lacey, and Max and Mitchell Dumesny.

“This is such a confidence boost for our whole family and team,” said Grant Anderson, who won by 1.6s.

“It’s not a big budget and I’ve been criticised in the past for not being any good on heavy tracks, but to be able to win in this quality of field on a track like that is a massive achievement and we’re very proud.”

Madsen, the Round 2 winner, couldn’t get out of the B-Main after retiring from a heat race due to a clash with Darren Mollenoyux.

Second position in the feature went to Murcott and third to Cory McCullagh, who set a stonking 9.986s qualifying lap earlier in the evening.

Lines’ fourth position came after his Horrell Motorsports crew effected an engine change between the Gold Shootout and A-Main.

James McFadden remains third in the standings, behind Lines and Madsen, after having to go through the B-Main and finishing the A-Main 14th from 17th on the grid.

Round 4 takes place tonight at Avalon Raceway, near Geelong.