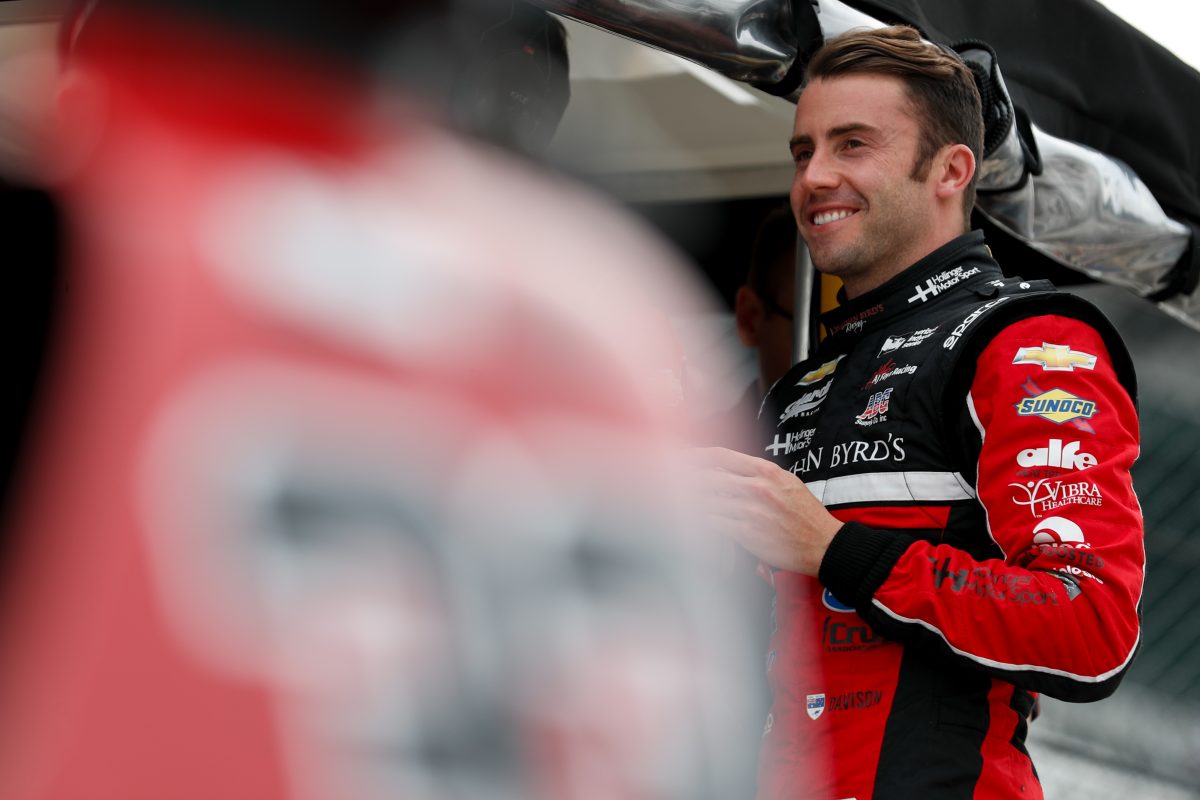 James Davison has plenty to look back on after spending recent years pursuing the American racing dream with six IndyCar Series starts and four NASCAR races under his belt.

However, the Melbourne-born racer, who now calls the United States home, is looking to return to his roots in the hope of securing a Supercars enduro drive and eventually a full-time seat in the Supercars Championship.

Speedcafe.com’s Slade Perrins spoke with Davison about his 2018 season that included an appearance in the Toyota 86 Racing Series at Bathurst, a NASCAR Xfinity Series drive at Road America, and the Indy 500 in May, as well as what lies ahead.

SPEEDCAFE.COM: Looking back on the year, it’s been an exciting one on the NASCAR and IndyCar front despite the unfortunate crash during the Indy 500. What was it like from your point of view?

JAMES DAVISON: Obviously, Indy this year was a bit of an uphill battle – just didn’t quite have the car speed and it was a challenging ride – but proud of what my team accomplished regardless. Unintentionally we were one of the stars of Pole Day, moving up 14 spots. But then the race, we just had an ill-handling car and I had to hold on and eventually got collected. You have your good days and bad days.

NASCAR was very important to me to obviously try and make up for the disappointment of the 500, so it was good to lead and feature. Obviously, disappointing that I got taken out running at the front, but that’s NASCAR racing. You know that going into it and everyone else does as well.

Certainly, the plan is to continue doing that and I’d love to do the V8 (Supercars) enduros because obviously I’ve driven some heavy V8 cars and some endurance races in my time in IMSA in the past couple of years. Who knows what may be on the cards for 2019 in that regard?

SPEEDCAFE.COM: What is it like for you at those big American races flying the flag for Australia alongside other Australians like Will Power?

DAVISON: At Indy for sure, you see a number of Aussie (fans) come over. The NASCAR races, it’s just all American (fans).

I’ve spent half of my life now living in America, so I’m very cultured that way and to be honest, I’m not really aware what kind of exposure comes back home. But I’m certainly doing my best to fly the flag.

Obviously it’s a little tougher to do that when I just do one race a year in NASCAR and IndyCar to be a star like (Marcos) Ambrose and Will Power, but certainly pleased that I’ve been able to lead the Indy 500 and win a NASCAR stage race doing one-off races. Obviously, it’s all relative and just doing my best with it. 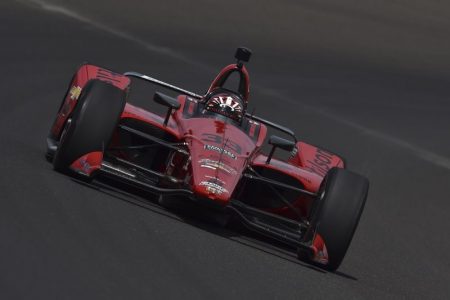 Davison in action at Indianapolis

SPEEDCAFE.COM: Back in September you had the chance to cut some laps in the 23Red Racing Supercar that your cousins Will (Davison) and Alex (Davison) drove during the Pirtek Enduro Cup when they were testing at Winton. How did you find that?

DAVISON: I ended up just doing six laps. The team had a very important test program and it was crucial that Alex got laps as well.

I’d certainly love to do a rookie day or an evaluation day with one of the teams, just to get enough laps in a Supercar to properly get on top of the fine details. It was more of just kind of foot in the water experience than a test day.

SPEEDCAFE.COM: A Supercar must be completely different than anything you’ve ever driven before.

DAVISON: They’re a unique car, how fine the window is of driving them; keeping the platform nice, carrying the right amount of speed to the right point in the corner. If not, the ways that some of the cars are set up, it doesn’t work or turn for you, so obviously you have to learn those little fine details when you do a couple of laps.

It would’ve been nice to get back in and try and get on top of them, but that’ll have to be another day.

SPEEDCAFE.COM: You said you’d like to do something in Supercars land if not in 2019, maybe the next year as a co-driver. Is that something that you’re actively pursuing at the moment?

DAVISON: Yes, it is. Obviously, I’m not racing full-time so it gives me opportunity to be spending more time in Australia and doing all that’s required as one of the co-drivers.

Look, I’ve raced Earl Bamber in IMSA and so on and he’s showing that in the right situation, with limited V8 experience, that one can do well, as did Richie Stanaway, I think it’s fair to say.

We’ll see what can eventuate; hopefully.

SPEEDCAFE.COM: Down the track, is Supercars where you want to be in terms of full-time racing, or are there other things around the world you’d want to chase instead?

DAVISON: I’ve put all my time and energy into the American scene and in IndyCar and NASCAR now, that’s what I know and those series know me. When I’ve built a solid foundation there and momentum, that’s probably when there’s the best of chances to continue racing, but it’s tough.

Financially, it’s very tough for the teams to operate and no race team can just run you on desire or sympathy. There just has to be the financials, the commercial side to it all, and I think that’s really the main reason I’m just doing one-offs in many different series.

SPEEDCAFE.COM: You outlined Supercars, but would you pursue other categories to race in Australia such as Carrera Cup or Super2 to get more seat time and track experience?

DAVISON: No, because, look, I’ve driven at Sandown, Bathurst now, and the only other one is the Gold Coast in terms of the (Supercars) enduros, so I think the Gold Coast is not the most complex track that one has ever raced on. It’s a short layout so it’s achievable for a rookie driver to get a handle on it.

And really, in Australia, Supercars is the one series that you can start building something and potentially a bit of a career, either as a co-driver or a main full-season driver. I think you see it with guys like Luke Youlden and Steve Owen, Warren Luff, that have been driving for a few years now as co-drivers and it’s still a good gig.

SPEEDCAFE.COM: Can we expect to see you back at the Indianapolis 500 next year?

DAVISON: I’ve built a foundation there after 2017, especially, after I got in as the substitute for Sebastien Bourdais and the car was fast and, like many drivers, when you find yourself in the right situation and you can unleash your full potential, interest starts growing in you and so that’s certainly rolled on into 2018 and beyond.

SPEEDCAFE.COM: Could we expect to see you with any of the same teams – AJ Foyt Racing or Dayle Coyne Racing – as you have been with sporadically over the last couple of years?

DAVISON: I’m not sure what team just yet. It’s just early days.