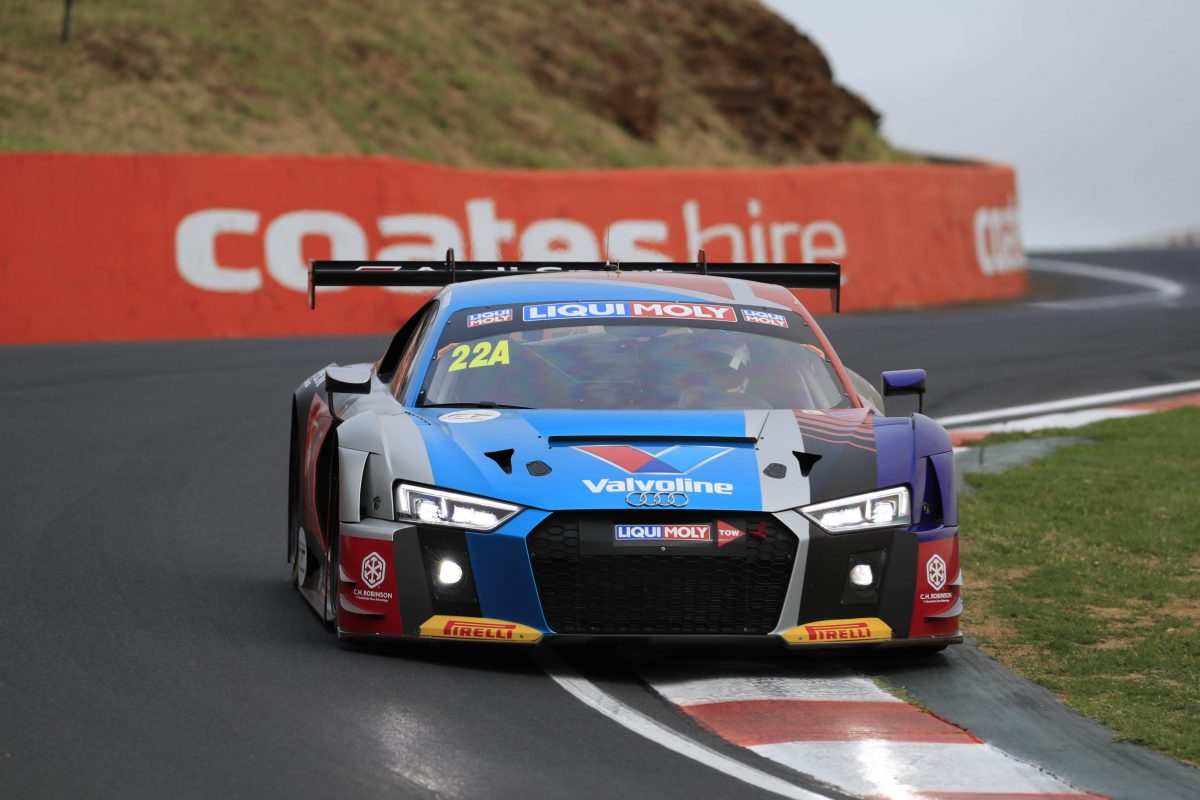 Garth Tander and a host of Audi factory drivers will race for Audi’s flagship team in next year’s Liqui-Moly Bathurst 12 Hour.

In the sister Audi will be German Christopher Mies, the new outright Bathurst lap record holder, alongside compatriots Christopher Haase and Markus Winkelhock.

The trios are exactly the same as those which took on the 2018 running of the Bathurst 12 Hour for Audi Sport Team Valvoline.

On that occasion, van der Linde put his Audi on provisional pole but a moment of impatience as he tried to lap a backmarker saw him slap the wall at The Esses/The Dipper on Sunday.

Fellow Audi squad Team WRT went on to win this year’s race, the German marque’s record third in the Bathurst 12 Hour’s GT era, but will not return in 2019 to defend its title.

There is also plenty of Bathurst pedigree in Audi Sport Team Valvoline itself with Tander having won the Supercheap Auto Bathurst 1000 three times and the 2002 Bathurst 24 Hour, while Mies helped Audi to its first two 12 Hour victories on the mountain in 2011 and 2012.

He also set the circuit’s new, sub-two-minute lap record when one of MPC’s Audis had its Balance of Performance restrictions removed in November’s Challenge Bathurst meeting.

Tander too has had recent success with the team when he helped Geoff Emery go back-to-back in the Australian GT Championship at Hampton Downs in October.

“We are really pleased with our plans for the Bathurst 12 Hour and the driving squad assembled,” said Audi Sport Team Valvoline’s Steve McLaughlan.

“We have a long and very successful relationship with Audi Sport and that will only grow for 2019 as Audi Sport Team Valvoline.

“We have had a great build-up for Bathurst with the success in Australian GT in 2018 and our pre-Bathurst test at Mount Panorama in November.

“We continue to grow our relationship with Audi Sport and the change of branding for the new year is a reflection of that ongoing relationship and also the continued support from Valvoline, who have been great supporters for a long time now.

“They will support our program throughout 2019 as we look forward to a successful Bathurst campaign and a chance to win the Australian GT Championship again.

“There’s no doubting the abilities of the drivers assembled for Bathurst and we’re looking forward to representing Audi and Valvoline there – and moving into a new Australian GT season in 2019.”

There is set to be a total of five R8 GT3s taking on the Bathurst 12 Hour in 2019, with MPC also running the Hallmarc Racing entry of Lee Holdsworth/Dean Fiore/Marc Cini and a yet to be announced fourth entry, while Todd Hazelwood will spearhead a Matt Stone Racing-run Aussie Driver Search car.