Ogier: ‘Definitely’ work to do for Citroen ahead of 2019

Ogier: ‘Definitely’ work to do for Citroen ahead of 2019 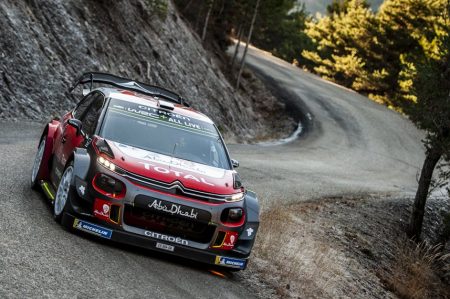 Defending World Rally Champion Sebastien Ogier has stated that Citroen ‘definitely’ needs to improve after his first two tests on return to the French marque.

Ogier has now conducted a pair of two-day tests in the C3 WRC, the first on gravel in Portugal last month and last week on tarmac in the French Alps.

The former of those came less than a fortnight after he clinched a sixth straight world championship in Coffs Harbour, his second with the M-Sport Ford team after four with Volkswagen.

The C3, on the other hand, has only won three rallies in the two seasons of the current generation of World Rally Cars, with new Hyundai signing Sebastien Loeb taking its only victory of 2018 in Spain in October.

“There is definitely work,” Ogier said during the France test according to WRC’s official website.

“I think it’s normal that when you swap cars you see differences. You see positives and also some negatives.

“There are always differences you need to adapt and some you probably can improve. That’s what we are working on already.

The 35-year-old highlighted consistent speed as a key area of focus for Citroen.

“There are things that need to be changed better to my taste,” he added.

“I think this car definitely showed some great speed in some conditions last year.

“But I think what’s missing, if you check the results and my impression, is maybe the car has to be able to be fast in more conditions. That’s what we need to improve.”

Ogier also forecast a slow start to the season compared to his likely title rivals.

While Citroen is all-change, with Esapekka Lappi coming across from Toyota to complete the two-car line-up, there is continuity for the men who challenged Ogier for the 2018 championship.

Runner-up Thierry Neuville remains at Hyundai, where the only change is Loeb replacing Hayden Paddon in the entry shared with Dani Sordo, and Ott Tanak is staying at Toyota.

“I am the one that’s changed teams and the others are staying where they are,” the Frenchman observed.

“That gives them the chance to be perfectly ready to start the next season. But for me I probably won’t be yet 100 percent or completely happy with my new car.

“Of course, I expect it to be challenging. But that’s also a motivation for me.”